Being Blunt: The Price of Workplace Pandemonium 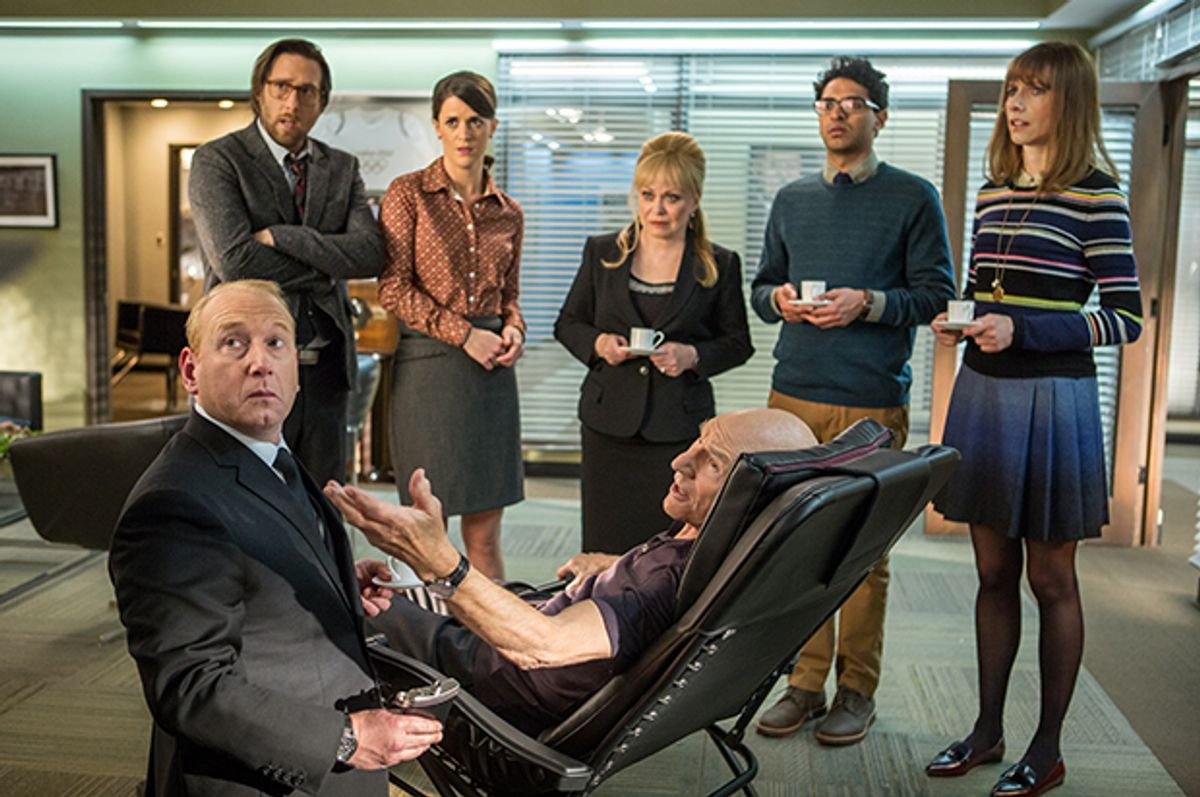 The late Dorothy Schiff, longtime owner of the New York Post, once remarked that she rarely fraternized with her employees because she found it difficult not to think of them as “personnel problems.” Of course, when it came to problematic workplace situations, Schiff didn't know the half of it.

In the stressful world of Big Media, where job issues are often amplified beyond recognition by a 24-hour-a-day commentariat, the stakes can be especially high. Unlike the occasional malcontents or drunks that Schiff contended with (before she sold the Post to Rupert Murdoch in 1976), high-profile substance abusers, serial plagiarists and flame-out artists are dealt with in one way or another by today’s media captains -- all under the watchful eye of hyper-attentive media critics.

Treatment Costs, Lost Work Days
In the real world, problems like Blunt’s are more than comedic fodder. Today’s bosses must cobble together remedies that vary from a little readjustment of workplace lighting to usage of a psychiatric arsenal. Mental health issues cost employers an estimated $200 billion a year, according to the American Journal of Psychiatry.

The magazine Psychology Today says that, for a company of 500 employees, “untreated depression costs $1.4 million per annum, and that does not include costs related to bipolar disorder and anxiety disorders.”

The Centers for Disease Control says that depression causes 200 million lost workdays a year, and it estimates that 20% of people over 55 have a mental health issue affecting their work.

Employers have recognized a need to address mental health issues -- partly because they’re receiving a nudge from the federal government, which enforces the American Disabilities Act, requiring “reasonable accommodation” for employees with mental health problems. Many have established employee assistance programs, offering therapy and other mental health services.

“A lot of times, more mundane kinds of accommodations can make a huge difference,” says Lee Ann Browning-McNee, chief program officer for the Mental Health Association of Maryland. “It could mean adjusting somebody’s schedule to reduce anxiety or finding alternate settings for people who get tense around loud noises. Accommodations should be made just as they would be for someone with a physical disability.”

First Steps
How would a real-life therapist approach a dysfunctional yet well-intentioned subject like Blunt? Brentwood, Calif. psychologist William Rolfe, who has treated high-profile Hollywood celebrities, says that fame itself represents a big mental health challenge.

“Whether a person is in that position because it scratches some deep itch, I don't know,” Rolfe says. “Once somebody becomes so high profile, there’s a whole set of problems and challenges.”

Like the sense of isolation that famous people sometimes discuss? Right. “People aren't challenging them,” Rolfe says. “They're saying yes to everything. The celebrity is insulated by his status.”

Even before addressing some media star’s egomania, though, there are big obstacles. “The first step would be to address the substance abuse problem,” Rolfe says. “It’s unlikely to be helpful to address other things without addressing that first.”

And then? “Find out what help he wants. The hard part is he has to be motivated. In that, I have no power at all.”

If therapy doesn’t work, it may be time to involve the lawyers, says Steve Jaffe, a veteran Beverly Hills crisis management expert.

The ultimate crucible for withstanding mental health stress is the movie set, where a star struggling with addiction to can scuttle a production. Working as an associate producer on a film 25 years ago, Jaffe encountered such a situation. Leading actor and a supporting actor – both crucial to the project’s success – were notorious alcoholics.

The production company, rather than relying on the actors’ promises to go straight, negotiated a payment deal to keep them focused.

“The star got a cashier’s check every day after he completed shooting,” Jaffe says. ”The other guy got paid at the end of the shooting. It worked. The movie opened as the number one movie in the country.”

The new STARZ Original Series “Blunt Talk,” created by Jonathan Ames and Executive Produced by Seth MacFarlane, stars Patrick Stewart as a British import intent on conquering the world of American cable news. Don’t miss the premiere of the half-hour scripted comedy, Saturday, August 22 at 9P only on STARZ