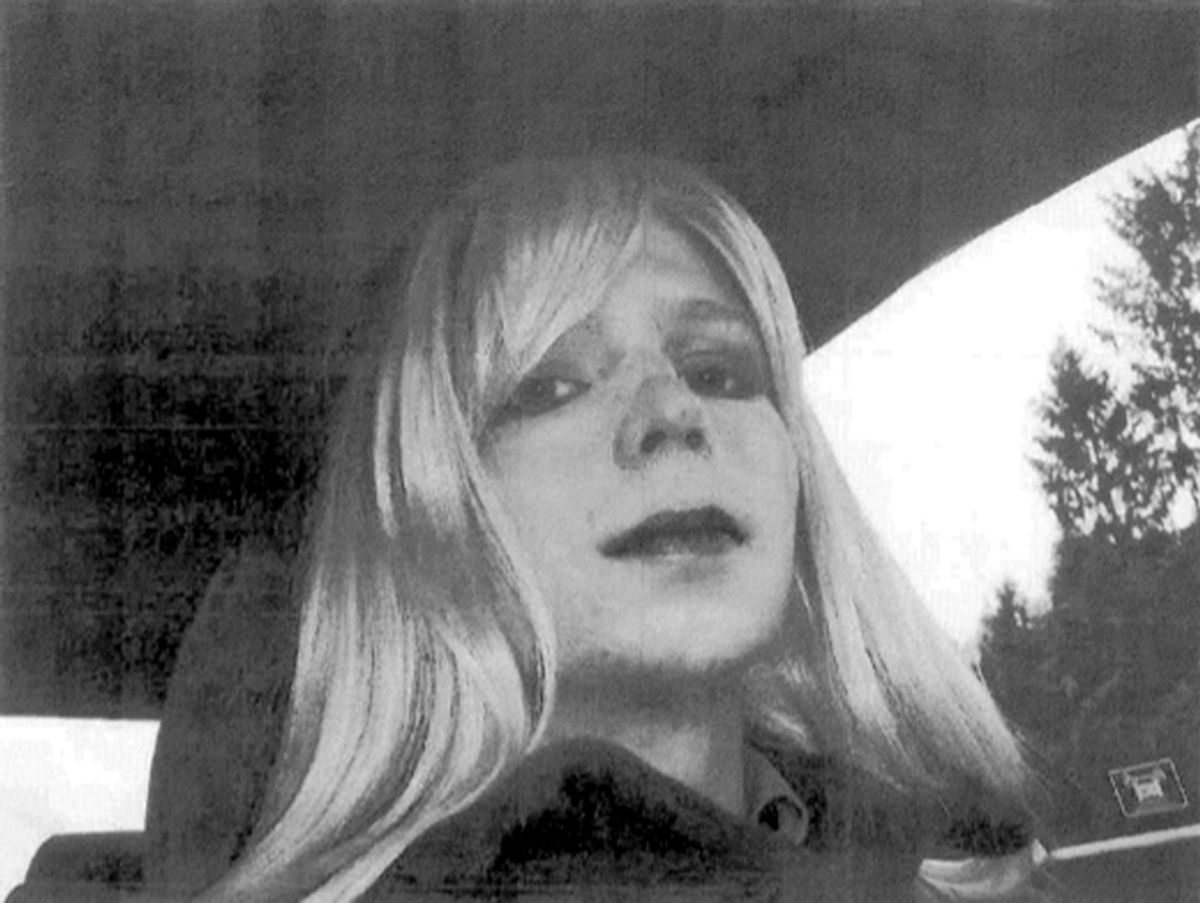 Manning, formerly known as Bradley Manning before her transition, was an intelligence analyst who was sentenced to 35 years in Fort Leavenworth in 2013 after leaking more than 700,000 classified documents to Wikileaks that she acquired while stationed in Iraq.

Manning is being charged with violating prison rules, including possessing prohibited items like the Caitlyn Jenner issue of Vanity Fair, “I am Malala,” the Senate torture report, Transgender Studies Quarterly, and copies of The Advocate and Out Magazines. She is also being charged with possessing a tube of expired toothpaste, which falls into the category of “medicine misuse.”

Her attorney Nancy Hollander told the AP that Manning will face a hearing in front of a three-person panel in Fort Leavenworth Prison on August 18. Counter to Manning’s requests, the hearing will be closed to the public. The maximum penalty for these charges is indefinite solitary confinement, a practice that has been extensively critiqued in recent years as research indicates that the psychological effects of solitary are akin to torture.

"This is like prison disciplinary infractions in a civilian prison and there will be a hearing, but frankly it looks to me like harassment,” said Hollander.

“This kind of action has the potential to chill Chelsea’s speech and silence her altogether,” said Chase Stangio, an A.C.L.U. lawyer representing Manning, in a correspondence with VF.com. “We are hopeful that the prison will respond by dismissing these charges and ensuring that she is not unfairly targeted based on her activism, her identity, or her pending lawsuit.”

Stangio also told BuzzFeed News that these charges could put Manning "“at risk of losing various support networks simply because she had an expired tube of toothpaste, the Vanity Fair magazine that featured Caitlyn Jenner and requested a lawyer when she felt she was being accused of misconduct.”

An online petition called www.freechelsea.com has been launched, demanding that the charges be dropped and that the hearing on August 18 be open to the public.

"It couldn't be more blatant: Chelsea is being singled out and punished for speaking out,” the  author of the petition writes. “Chelsea is a human being. She did something brave and now the government is punishing her for it. It's not just Chelsea's basic rights that are at stake, it's all of ours. Please sign the petition, and then share it on social media. This couldn't be more urgent; the hearing is just days away. If it's not open to the public and the press, there will be no way to ensure that Chelsea isn't unfairly subjected to one of the worst forms of psychological torture."