Paul pitches his liberterian-lite college campaign to the youth of Detroit, South Side Chicago and UC Berkley, too 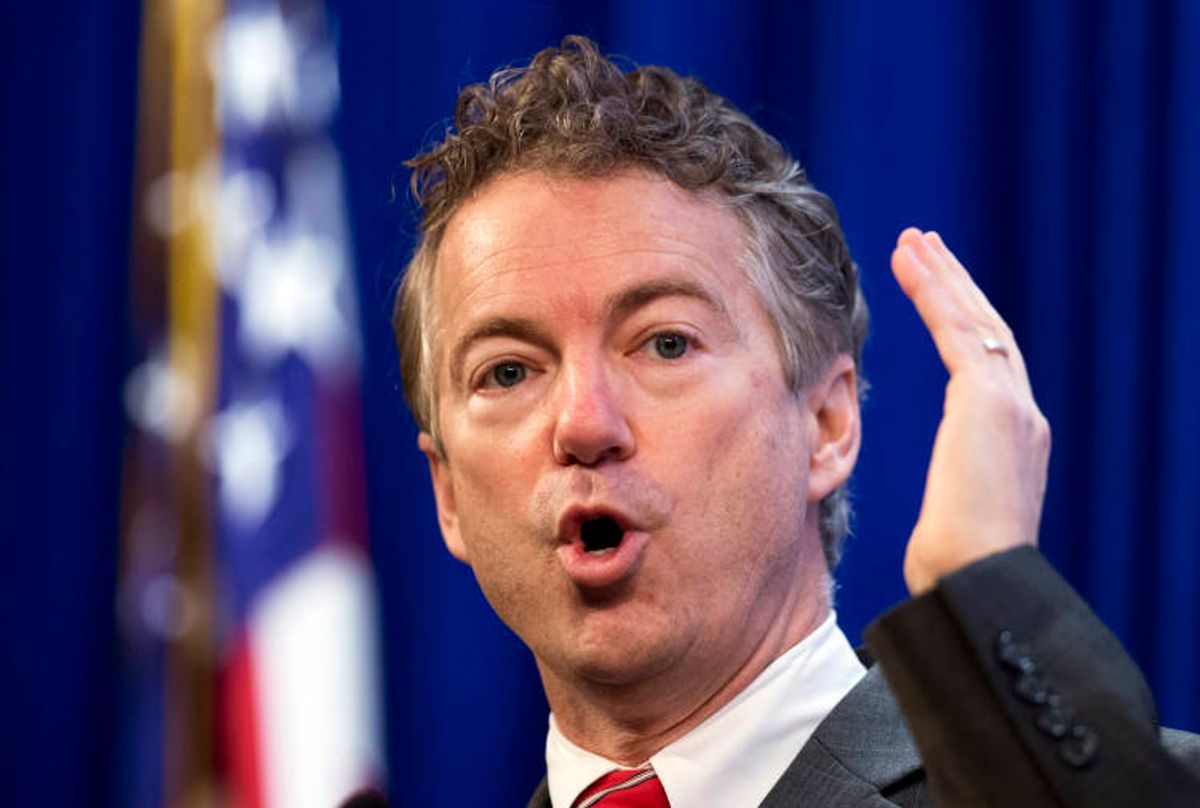 When Republican presidential candidate Rand Paul isn't out picking a fight with Donald Trump, or arguing that income inequality is just the logical outcome of some people refusing to work hard, he's out attempting to convince Republican primary voters that he is the candidate most likely to win the White House because he best appeals to general election voters "in the places Republicans are too scared to go." Paul is so convinced of his bipartisan and cross-racial appeal that he now claims to have the support of voters in "Detroit, the South Side of Chicago, Ferguson [and] even UC Berkeley."

In a new Huffington Post op-ed, the Kentucky Senator with a strong libertarian bent argued that "if the Republicans want to be the party of tomorrow, it needs ideas that excite young people. Only a candidate who is a socially tolerant, fiscally responsible and principled leader can reinvigorate the Republican brand."

Paul claimed to be just that very special candidate, applauding himself for "leading the fight to reform our criminal justice system."

"I will not rest until all Americans, white and black, rich and poor, are treated equally under the law," Paul vowed. The 52-year-old politician, fond of blaming “the breakdown of the family structure” for inner-city violence then called on young Americans to support his candidacy.

"It's time for the students of America to have a voice again," Paul proclaimed. "Your generation expects and deserves solutions.": (emphasis added)

Starting today, we are launching "Students For Rand" and will be recruiting the "300 in 30" initiative. We have the goal of starting 300 chapters in just 30 days to show how strong the youth support is for my presidential campaign.

We must stand for something so powerful and so popular that it brings people together -- whether they lean left, right or find themselves squarely in the middle. My message of liberty, opportunity, and justice is for all has resonated everywhere, especially in the places Republicans are too scared to go, such as Detroit, the South Side of Chicago, Ferguson, or even UC Berkeley.

Paul made no mention of his close affiliation to the Southern Avenger or Cliven Bundy -- whom Paul met with as recently as last month -- but he was sure to highlight his cultural exchange visits to "liberal bastion" UC Berkley and historically black colleges, Howard University and Bowie State:

When I visit college campuses, I am encouraged. The students I meet are among the most passionate defenders of liberty anywhere.

Some in the GOP ignore the youth vote because they don't think it matters. My campaign wants to recruit you so that together we can make a difference.

In May, Paul became one of the only Republican presidential candidates to acknowledge the Black Lives Matter movement that arose out of Ferguson a year ago after the shooting death of African-American teenager, Mike Brown, when Paul visited Chicago and argued that the "crime going on all across America. It is not a racial thing, it is a spiritual problem":

Paul also made another anti-government appeal to the youth vote while taking a veiled swipe at Democratic presidential candidate, Hillary Clinton, when he criticized her recent pledge to tackle the so-called "sharing economy":

Earlier this week, Paul made headlines when he told Fox News that "income inequality is due to some people working harder and selling more things." Between 1980 and 2011, 20-somethings in the lowest quintile of earners saw their share of all income in the U.S. decline from 3.6 percent to 2.9 percent, according to Time.