Donald Trump's foreign-policy platform is so catastrophically bad that world leaders are now taking the time to pan it: "It reflects an enormous ignorance"

Mexico won't pay to build a wall on its border with US, nor will military "bomb the hell" out of the Middle East 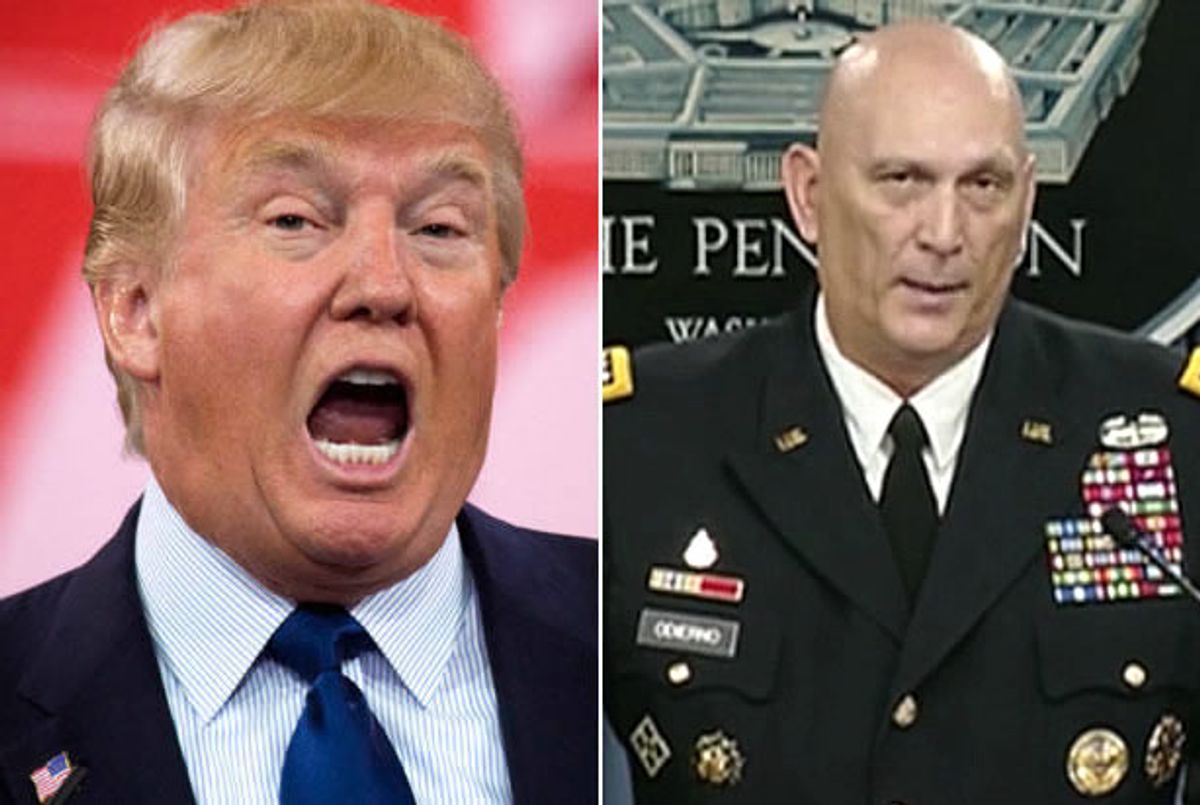 Republican presidential hopeful Donald Trump is repeatedly hearing a word today that he's quite unaccustomed to hearing: "No."

Earlier this month, Trump claimed that Mexico would pay to build a wall along the border it shares with the United States, telling Bill O'Reilly that "the Great Wall of China, built a long time ago, is 13,000 miles long. That’s big stuff — we’re talking about peanuts by comparison. Mexico will pay for the wall, and I’ll make sure it gets done properly."

In an interview with Bloomberg's Sean Martin on Wednesday, however, Mexican President Enrique Pena Nieto's spokesman Eduardo Sanchez said, in no uncertain terms, that Mexico would do nothing of the sort.

"Of course it's false," he said of Trump's claim. "It reflects an enormous ignorance of what Mexico represents, and also the irresponsibility of the candidate who's saying it."

"Mexicans in the U.S. work with passion, they do their jobs well," he added. "His comments reflect an enormous lack of knowledge of the reality in the U.S."

As for Trump's other plan -- that the United States should solve the crises in the Middle East by "bomb[ing] the hell out of" Iraq, Iran, and ISIS, Army Chief of Staff Gen. Raymond T. Odierno said Wednesday that he couldn't disagree more with the real estate magnate's proposed plan.

"That is not where we are today," he said. "What we want to do is try to stop a group that is potentially attempting to be a long-term influence in the Middle East, that is clearly promoting extremism and frankly suppressing populations in the Middle East. In order to resolve that, you need countries of the Middle East and those surrounding the Middle East to be involved in the solution."

When asked directly if that means he disagrees with Trump's plan, Gen. Odierno said "I do, I do, right now, I do."

Watch Odierno address the Trump question below via the Washington Post.