Dr. Dre discusses assault allegations while Ice Cube dismisses N.W.A.'s misogyny: "If you’re a b*tch, you’re probably not going to like us"

The former N.W.A. members spoke out in an interview with Rolling Stone 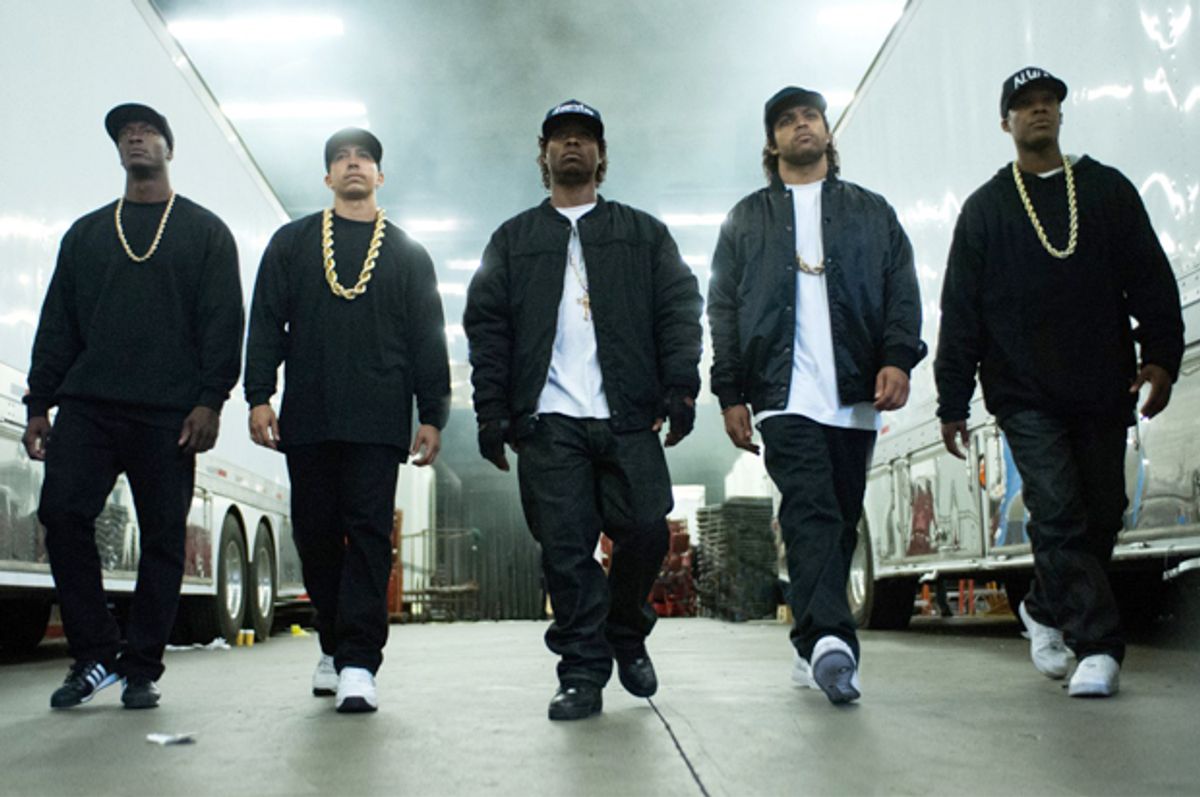 In a new Rolling Stone cover story pegged to the arrival of Dr. Dre’s long-awaited “Compton” and the release of N.W.A. biopic “Straight Outta Compton,” Ice Cube and Dr Dre spoke with senior writer Brian Hiatt at length about their lives, their music, and the political and socioeconomic circumstances that paved the way for their historic rise. As Cube put it: “Why did we make those kind of records? We were living in the middle of dope dealing, gangbanging, police brutality, fucking Reaganomics, and there was nowhere to escape.”

But while the group has achieved legendary stature over the years  — a legend sure only to be cemented by these new projects -- the interview wasn’t afraid to delve into the former N.W.A. members' darker sides.

In particular, Dr. Dre addressed his history of violence against women, including his assault of TV host Dee Barnes (Dre pleaded no contest to the criminal assault charge and settled a civil lawsuit from Barnes out of court) and the allegations that he physically abused his former fiancee Michel’le in the ‘90s. As he put it, according to the excerpt made available by Rolling Stone online:

"I made some fucking horrible mistakes in my life. I was young, fucking stupid. I would say all the allegations aren't true—some of them are. Those are some of the things that I would like to take back. It was really fucked up. But I paid for those mistakes, and there's no way in hell that I will ever make another mistake like that again."

Addressing the misogynistic lyrics frequently found in N.W.A.’s music, Ice Cube was far less repentant. While, as Rolling Stone points out, the lyrics got increasingly unpleasant after Ice Cube left the group, that's hardly a great excuse for his trivializing remarks:

"If you’re a bitch, you’re probably not going to like us. If you’re a ho, you probably don’t like us. If you’re not a ho or a bitch, don’t be jumping to the defense of these despicable females. Just like I shouldn’t be jumping to the defense of no punks or no cowards or no slimy son of a bitches that’s men. I never understood why an upstanding lady would even think we’re talking about her.”

Read the full interview on newsstands or online on Friday August 14.