Of course, Ben Carson merely said that "the PC police and progressives" are to blame for ills of black community 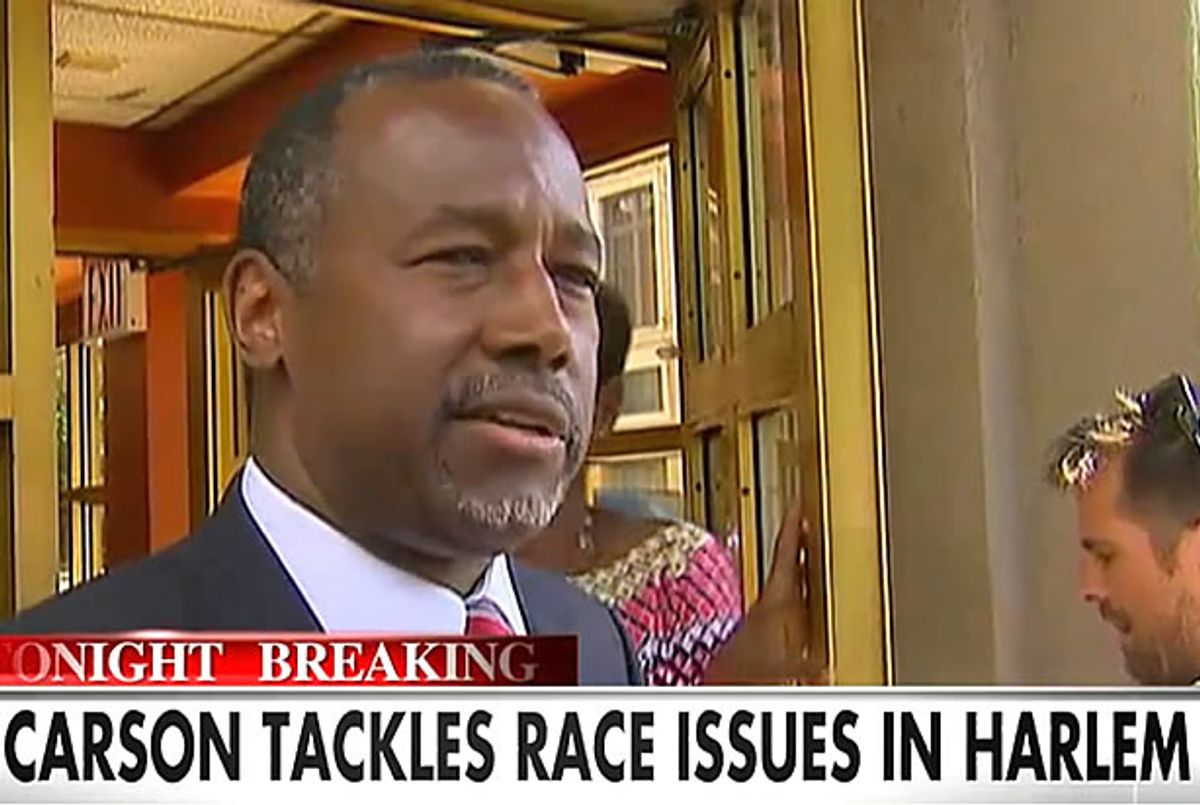 In what Megyn Kelly actually called "a remarkable moment in the Republican race for the White House," a conservative candidate shocked the nation with his decision "to tackle the issue of race and opportunity" by going to Harlem and speaking to -- or more accurately, at -- members of the black community.

"Of course black lives matter," neurosurgeon Ben Carson told what was largely a group reporters who happened to be in Harlem, "but what we ought to be talking about is how do we solve the problem in the black community of murder." The good doctor repeated Republican talking points about the prevalence of black-on-black crime, adding that they "need to instill values in them so that do, in fact, believe that their brothers' lives matter."

The values in question are "family and faith, and as we throw those away you can see the carnage that is happening." Carson blamed "the [political correctness] police and the liberal progressives" for the problem, saying that they declared the subject of out-of-wedlock births in the black community to be beyond the bounds of civilized discourse. He added that black people shouldn't be satisfied by being "kept like a pet and patted on the head."

Kelly asked him what he meant by that comment, to which he replied, "people who don't truly respect you, don't see you as an equal, but just take care of you, so you can take care of them." He was referring, of course, to the idea African-Americans only vote for the Democratic party because it "bribes" them by allowing access to the social safety net.

Carson reiterated his points about being unable to criticize sections of the black community without being called an "Uncle Tom," and said that it's critical that people stop calling him that if there's any hope of ever improving the situation in impoverished black communities.