Why we're eager for any second life for this brilliant, prematurely cancelled series 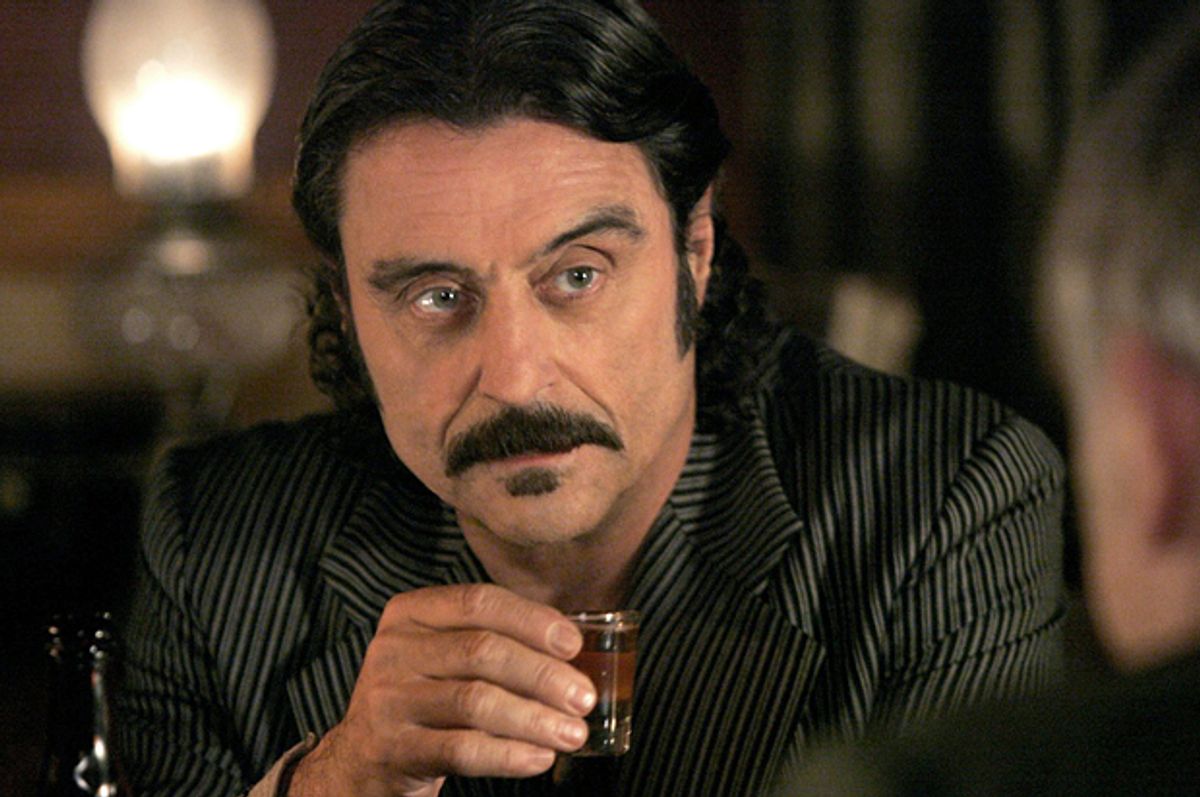 It’s not quite “Freaks and Geeks.” But the show “Deadwood” has become a kind of symbol – a martyr of the quality-television revolution – for the smart, resonant show taken out too soon. So it’s great news for those of us who still worship at its muddy, bloody altar that HBO, which aired the Wild West series for three seasons, from 2004 to 2006, is now talking about a “Deadwood” movie.

Of course, we’ve been here before: To be an admirer of “Deadwood” is a bit like being a Beatles fan in the ‘70s, when talk of a reunion – maybe, never, possibly – came and went. Around the time of the show’s cancellation, HBO discussed not one but two televised movies to help resolve the various plot lines and character arcs. Since then, we’re heard talk that it’s over for sure, or might not be, or something.

But now an HBO spokesman is talking about “very preliminary discussions” with series creator David Milch about a televised “Deadwood” movie.

“So uh….I’m hearing credible rumors about a #Deadwood movie,” actor Garrett Dillahunt, who played a deadly associate of businessman George Hearst, tweeted. “Come on HBO. You made the ‘Entourage’ movie. Give the #Deadwood fans some closure.”

So what was the big deal about “Deadwood” and why are people excited about it?

This was a Western than drew in people with little interest in the genre. Set in the 1870s in a Black Hills gold mining community that would later become part of South Dakota, “Deadwood” was not built from the isolated loners, empty spaces, and simple morality of John Ford’s films. Instead of visual austerity, the show’s production values were lush – and expensive – with lighting, costumes, and sets that compared favorably to many art films. And its theatricality (and use of violence) was very different from the revisionist Westerns of Sam Peckinpah.

Despite the tradition of laconic protagonists in cinematic Westerns, one of the heroes of “Deadwood” was the American language, at least the way it was unfurled by English actor Ian McShane. The show became famous for the way McShane’s character cut Shakespearean rhapsodies with frequent and emphatic use of profanity. (He was especially strong on terms that were not in common use in the 19th-century West: Despite the huge amount of historical research that went into the series, its creators were pragmatic about which kinds of historical accuracy would work in the 21st century and which wouldn’t.)

But Swearengen also showed that the series was also about the workings of power: He played a rough pimp and saloon owner who was opposed in many episodes by the upright (and often uptight) Sheriff Seth Bullock, played by an unsmiling Timothy Olyphant. They were enemies at times, but not simply antagonists: The tension between the two kept the town running.

Swearengen and Bullock, then, were the axis on which the show often turned. But the town of Deadwood was filled with other strong and complicated characters, including the young widow Alma Garret, beautifully played by Molly Parker.

“Deadwood” was created by David Milch, a brilliant eccentric who studied with Robert Penn Warren at Yale and helped create  “NYPD Blue.” He described the show as the chronicle of order emerging out of chaos, with religion fading as a force in the life of the American West just as gold was becoming the dominant symbol. “Deadwood” was rarely heavy-handed, but it was as deep a look at the way capitalism came to that frontier as Sergio Leone’s masterful “Once Upon a Time in the West.”

That’s a lot for just three seasons, and the show’s finale left a lot of things hanging.

Can a single movie bring emotional or narrative “closure” to a series as rich and complex as “Deadwood?” That’s pretty hard to imagine, and some of its actors now have very busy schedules. But given the amount of talent in the cast, crew, and creators – and the way its mix of the sacred and the profane has not ever been topped -- it’s impossible for us not to pine for a return to its corrupt and spellbinding world.