One claimed Cosby said she had been "blessed with his semen, as if it were holy water" 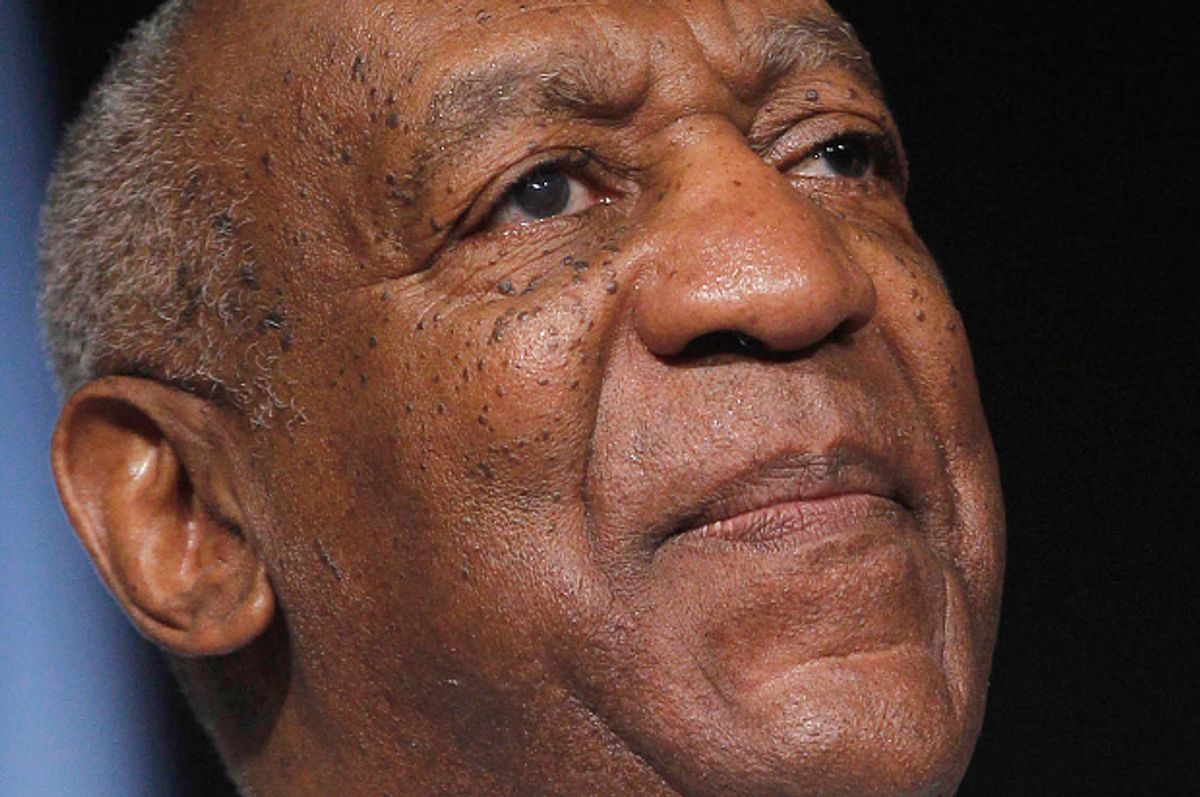 Less than three months after two more women stepped forward, and less than three weeks after New York magazine featured 35 of his victims on its cover along with an empty chair meant to signify those who had yet to step forward, three more women have alleged that Bill Cosby sexually assaulted them in the 1970s and 1980s.

In a Wednesday press conference, civil rights attorney Gloria Allred introduced Colleen Hughes, Linda Ridgeway Whitedeer, and Eden Tiri. Hughes said that she had been working as a flight attendant in the early 1970s when she met Cosby, who invited her out to lunch. She agreed, but stipulated that a fellow flight attendant accompany them. Cosby met her at her hotel room, and watched television while she readied herself.

The last thing she remembered, Hughes said, was him trying to hold her hand while they watched television. She awoke at 5:15 p.m. naked, with semen on her back and her closed tossed haphazardly around the room. "It was disgusting," she said. "Bill obviously did not use a condom and there was no lunch and Bill was nowhere to be seen. I was confused and ashamed and never told anyone about what happened to me."

Whitedeer, a former actress who had, at the time, just recently divorced from Fred Apollo, the head of live television for the William Morris Agency, said that Cosby had lured her into the office of a director on the pretense of interviewing her for a part. Instead, he grabbed her by the head and forced her to perform oral sex.

"His attack was fast with surgical precision and surprise on his side," she said. "When Cosby was done there was a horrible mess of semen all over my face, my clothes and in my hair."

"He was mumbling that I had been blessed with his semen as if it were holy water," she added. "He gloated over my humiliation. He had planned it. I was in shock."

Tiri told a similar story, saying that in 1989 she won the part of a police officer on an episode of "The Cosby Show," and that after a take she was led to Cosby's dressing room. Once in there, he wrapped his arms around her and said, "that's all we were going to do, make love. This is making love," she said. "He turned me around, hugged me, and I left without saying a word."