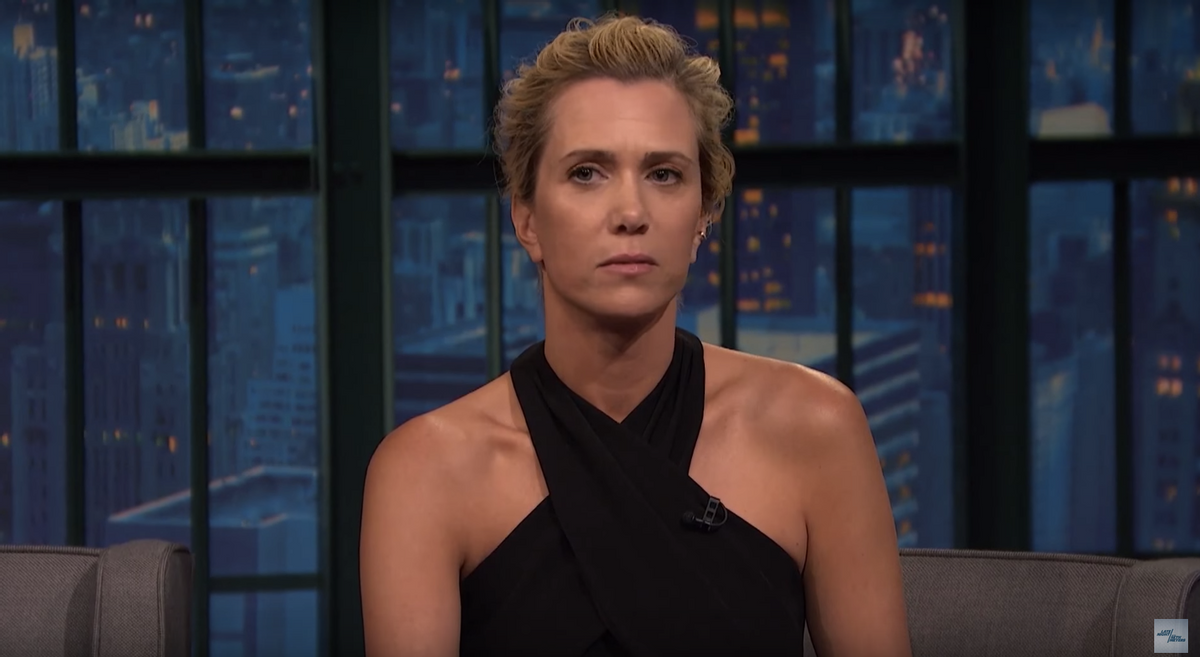 Master improviser Kristen Wiig joined forces with her former "SNL" colleague Fred Armisen on "Late Night" Thursday to show off a new favorite hobby of hers: lip-dubbing. The actress, who is off shooting Paul Feig's "Ghostbusters" at the moment, told Meyers that she's also been busy creating some voice-over for Meyers' own program for Australian viewers.

“The show’s already in English,” Meyers said. “Why would you dub it into English? And also why would you change the words?”