The Obama administration's record on immigrant detentions has been terrible. The GOP's is downright frightening 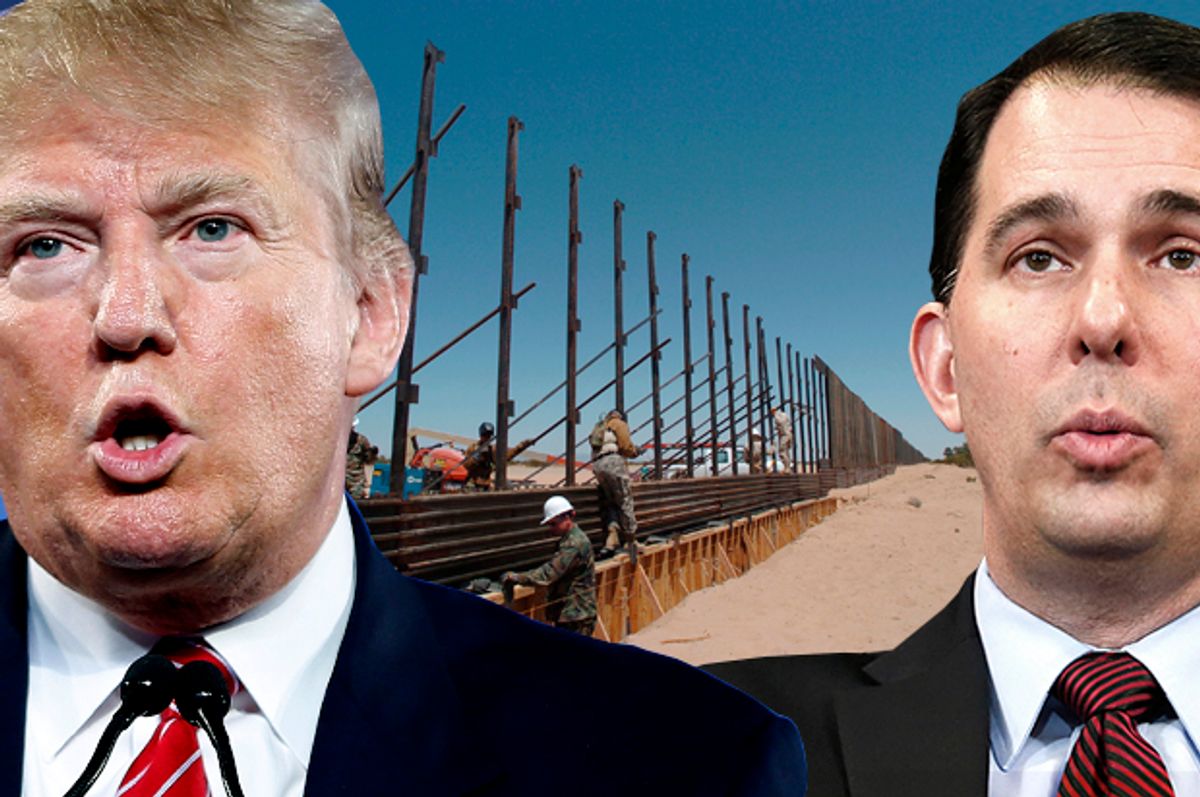 Currently, the Obama administration is asking a federal judge to reconsider her ruling calling for the release thousands of immigrant mothers and their children caught crossing the Southern border. These women and children are now being held without charges in immigration detention centers in Texas. The Justice Department lawyers filed a 60-page response to Judge Dolly Gee of the U.S. District Court for the Central District of California, to argue that family detention facilities run by the Department of Homeland Security are necessary to deter illegal immigration.

In her recent ruling, Judge Gee found that the practice of detaining immigrant mothers and families violated a court settlement from 1997 involving children in the United States illegally, which requires that they be held in the “least restrictive” conditions possible. Last week, nearly every member of House Democratic Caucus signed a letter urging the administration to comply with Judge Gee’s ruling. Spearheaded by Rep. Zoe Lofgren (D-Calif.), a former immigration attorney who is the ranking member on a House subcommittee overseeing the policy, the letter includes a statement from Dr. Luis Zayas, Dean of the School of Social Work at the University of Texas. Based on his 39 years of experience, Dr. Zayas found that the children at Karnes Detention Center in Texas are “facing some of the most adverse childhood conditions of any children I have ever interviewed or evaluated.” House Democrats called for the administration to end this horror, stating “It is long past time to end family detention. In light of this recent federal court ruling, we urge you take all necessary and appropriate steps to bring the Department’s practices in line with the settlement agreement and the recent court ruling.”

Representative Judy Chu (D-Calif.) visited the Karnes and Dilley detention centers and reported back what she saw, saying,

“I was one of the eight who visited the Karnes and Dilley detention center. And when I saw the Dilley detention center, I was so shocked at how isolated and barren it was. The first thing I thought was that they looked so much like the Japanese-American internment camps of World War II. I saw the sterile barracks, the muddy dirt pathways, the mass institutionalized cafeteria, and the guards everywhere. And I was shocked and so very moved by the desperate pleas of hundreds of mothers who came out to say, 'Release me, I am not a criminal,' and who scratched out picket signs that were written on their pillowcases and bedsheets.”

It’s the women who are telling us what’s happening inside. Two of the largest centers that are detaining immigrant mothers and children are located in Texas — in Dilley and in Karnes County. The Dilley facility holds 2,400 people and the Karnes County center can hold up to 532 people. This Monday, five immigrant women held in facilities with their children filed court papers seeking damages from the U.S. government for what they are arguing is psychological and physical harm as a result of being detained. One woman reported that the experience of detention was so intense, that her 8-year-old daughter attempted to breast-feed again. Another young mother, having passed the “credible fear” interview required of all asylum-seekers, was held for an additional 28 days. When she sought attention for a broken finger she was allegedly told to "drink more water.” According to the court papers, her son was later rushed to the hospital after "a virus apparently had gone untreated for a dangerously long time.”

We have a long -- and ongoing -- history in this country of rounding up people we consider to be a threat, and holding them without due process. Representative Chu rightly invoked the interment of 120,000 Japanese Americans, as there are important lessons we might learn from that terrible moment in American History. These stories are not so different, after all, from the stories of Japanese Americans interned during WWII.

Mary Tsukamoto, survivor of a Japanese American internment camp, recalled the sight she saw upon arriving,

“We saw all these people behind the fence, looking out, hanging onto the wire, and looking out because they were anxious to know who was coming in. But I will never forget the shocking feeling that human beings were behind this fence like animals [crying]. And we were going to also lose our freedom and walk inside of that gate and find ourselves…cooped up there…when the gates were shut, we knew that we had lost something that was very precious; that we were no longer free."

In 1943 when the interment of Japanese Americans (many of whom were U.S. Citizens and Permanent Residents) began, similar arguments were made. The federal government argued then, as it is arguing now, that these people were being held without due process because of the threat they potentially posed. Many of the immigrants being held in detention centers today are from countries in Central America, fleeing horrific violence and seeking asylum here in the U.S. Many politicians and officials find it just to detain these women and children without due process, including those who have passed the tests required to prove that they would be in life threatening danger if sent back to their home countries. They claim that their ability to keep these women and children incarcerated is important to deterring others who might also seek asylum here.

Republicans,meanwhile, are pushing the Obama administration to keep their family detention practices as they are. Last week, House Judiciary Committee Chairman Bob Goodlatte of Virginia argued that detaining immigrant mothers and children who cross the border illegally was an effective way to ensure they show up for their immigration court hearings. Now, when a federal court has determined their actions unjust, they are fighting to preserve the right to keep these women and children incarcerated indefinitely, and in deplorable conditions.

Which American value is at play in detaining women and children fleeing violence and trauma, without due process or adequate medical care?

We have a long legacy of incarcerating people who are not criminals. And an ongoing practice of incarcerating millions people whose only crime is poverty. The President himself as admitted as much. The women and children in these detention centers are not criminals. In this case they are women and children seeking asylum in a nation that falsely advertised itself as a safe haven. These are the folks that Donald Trump, currently leading the GOP presidential primary, along with many in his party, wants us to fear. That ratcheting of that fear is a longtime tactic to stoke anxiety and fear about our borders and security. As if the threat to our freedom hasn’t been inside the gates all along.