HBO's new six-parter is the story of a community divided against itself, dogged by racism, poverty and fear 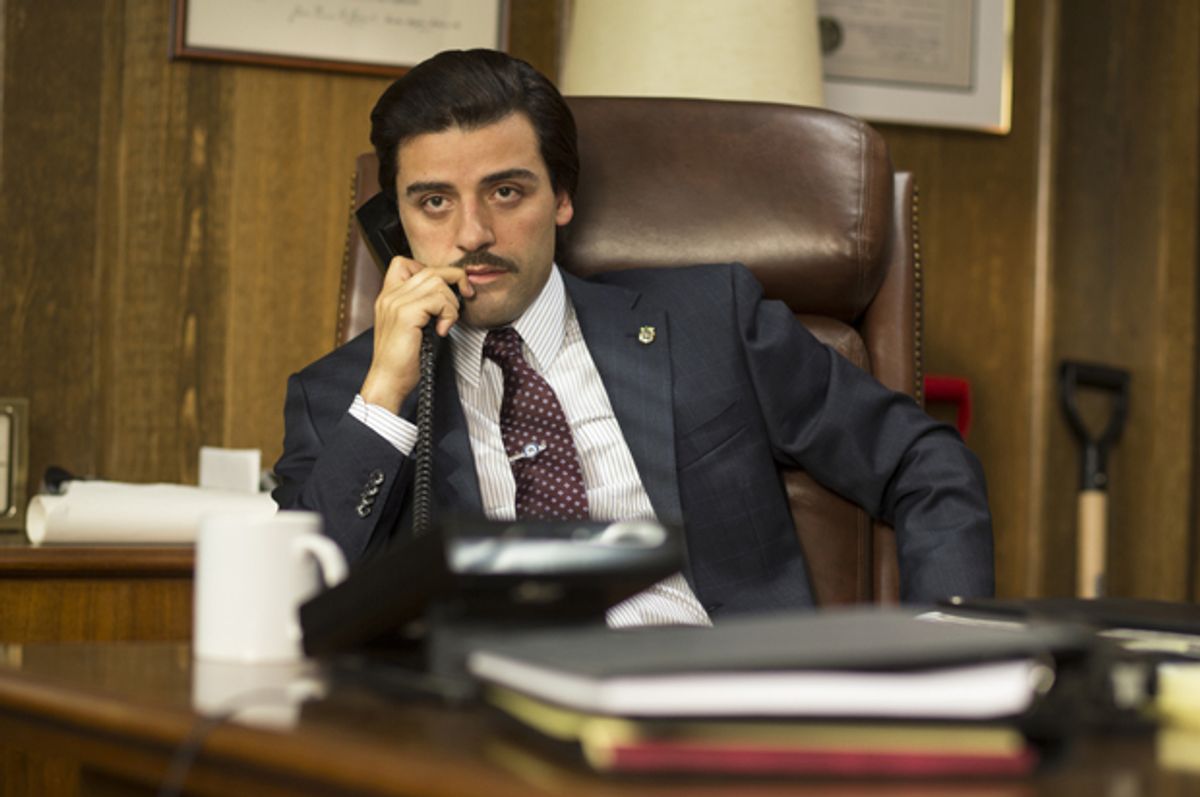 It’s hard to explain what “Show Me a Hero” is about. The HBO miniseries debuting this Sunday is technically about the controversy over a federal affordable housing policy being enacted in Yonkers, New York, in the late 1980s. It is specifically about Yonkers Mayor Nick Wasicsko, the youngest mayor in America, who—through a mix of opportunism and luck—became the figurehead of that debate. It is more broadly about American race relations, and how the life of a city hinges completely on its citizens’ willingness to respect and acknowledge their neighbors. It is about the relationship people have to their homes; the investment people have in their communities.

But the takeaway as a whole is not about American civic life—that sounds musty and academic, and “Show Me a Hero” is anything but. The stories are human and the characters are textured. True to the trademark of co-writer and producer David Simon, the miniseries’ emotional depth draws from the little things: the specific accent of a Yonkers city councilor who grew up in an Italian family; the way a white woman would scrutinize the coffee-and-tea manners of a black neighbor; that a single mother would buy a set of “good” pots and pans that she keeps in a box until they move somewhere nicer. And through six episodes of interlocking stories—which all attempt to re-create real people and real events—“Show Me a Hero” builds the story of a community divided against itself, dogged by racism, poverty and fear.

It’s quietly brilliant, as we have come to expect from Simon, who in addition to this miniseries created “The Wire” and “Treme” for HBO. Simon’s background as a journalist with the Baltimore Sun makes him highly attuned to details, authenticity and scene-setting; combined with fellow former Sun reporter William F. Zorzi, who last worked with Simon on “The Wire,” the results are explosive. Academy Award-winner Paul Haggis—who told me that as soon as he heard David Simon was looking for a director, he signed up to the project sight-unseen*—also does some of his best directing work on “Show Me a Hero,” opting for intimate angles and slightly obscured shots that make the viewer feel as if they are just another resident of Yonkers.

In some ways, that is the miniseries’ greatest alchemy. There is not very much that is cool or hip about Yonkers; it is not a financial capital or an arts haven or a manufacturing powerhouse. It’s just a small city where people live, and most people who live there do not think too much about why they live where they do. In 1987, it is a faded city—as so many cities were in that era. It’s not so difficult to imagine being a part of that nameless community, where you might only vaguely know your neighbors while you save enough money to move somewhere else. Situated as it is just on the outskirts of New York City, caught somewhere between urban and suburban, between entirely isolated and being in the mix. Yonkers is your backyard, or mine; politics not on the national or state level, but literally on the block-by-block level.

“Show Me a Hero” is ultimately the story of how this community grows up—how the people of Yonkers weathered the struggle between being a sleepy small town and an epicenter of social change. It is not easy. Yonkers faced massive fines over its refusal to build Section 8 housing on the east side of Yonkers, and it’s Wasicsko who finally urges compliance, so as to prevent the city from going bankrupt. But the response of many of the white citizens of Yonkers is frothing, unrestrained venom; racism, as manifested in housing policy. They shout through meetings, spit on Wasicsko, and send him death threats; they will not hear any argument except one that keeps the housing out of their neighborhood.

To “Show Me a Hero’s" credit, it does not try to villainize its racists (more than they villainize themselves, anyway). That comes to bear primarily in Oscar-nominated Catherine Keener’s Mary Dorman, a woman with her dream home—a brick house on St. Johns Avenue—who cannot stomach her neighborhood turning into the chaos of the Schlobohm housing projects. The miniseries does not trivialize her fears when facing 200 families from public housing moving into her neighborhood. But also to its credit, it does not try to pretend that this is a reaction that is more than just racism. It merely allows the woman to be racist, and then watches what happens next.

Meanwhile, there are the women and children living in Schlobohm, trying to find a better life. Single mothers went right to the top of the waiting list for the project, meaning that many of our main characters are women trying to take care of their children. And because parenting all on your own is rather time-consuming, most are dimly if at all aware of the political wars being waged around and about them—just as the politicians and organizers campaigning for or against the new Section 8 housing have little conception of the lives of the people who actually live in them. Some of “Show Me a Hero’s" most wonderful moments are about these women, struggling to succeed against odds that are perpetually stacked against them.

Everyone involved in “Show Me a Hero” brought their A-game: From the heretofore unknown actors like Natalie Paul, Carla Quevedo and Ilfenesh Hadera to the all-star cast doing a very good job of blending into the scenery of Yonkers: Winona Ryder, Jim Belushi, Alfred Molina, and, of course, Oscar Issac. Isaac—who raked in accolades for his breakout role in “Inside Llewyn Davis”—is, as usual, incredible as Nick Wasicsko; he is the embodiment of a force of change, galvanized by his own natural energy, his privileged status as a white man in politics, and his incredible youth (he’s just 28 when the miniseries starts). As the person most invested in this culture clash, he will become the person most damaged; if “Show Me a Hero” has any specific point, it is to ask why we live in a world that punishes people for doing the right thing. And to illustrate—in addition to how far we’ve come at living in a just world—how far we have left to go.