Eggs are bad, low-fat is good, right? Here's how science has debunked those and other persistent food myths 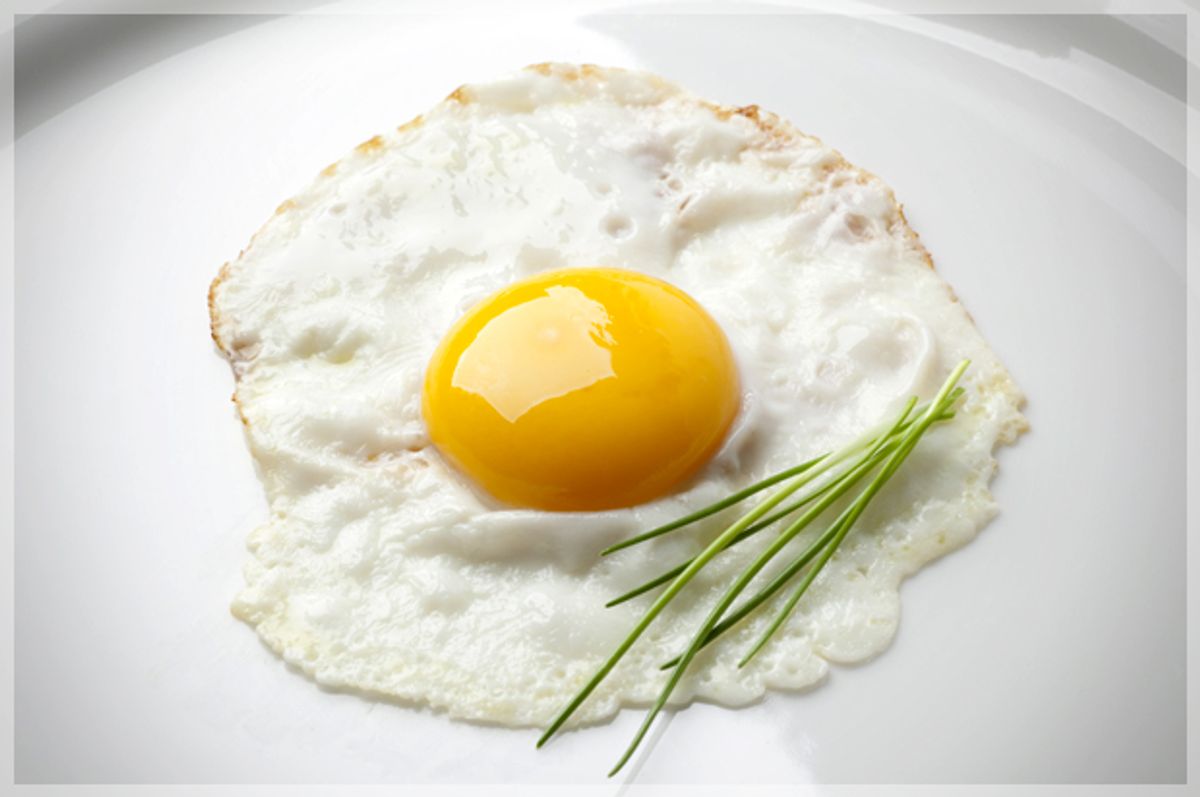 In the past several decades, nutritional research has revealed the truth behind the health claims of many foods, puncturing holes in some long-held beliefs. Diets have come and gone, elevating the value of some foods and demonizing others, and in the course of this seemingly endless cycle, some myths about foods have achieved, well, mythic status. Repeat something often enough, and it becomes kind of truth-y. But it turns out that many food myths are just plain wrong.

Here are eight common food myths that science has debunked.

For decades now we have been told to choose low-fat options whenever possible. Fat is the enemy; protect your heart. An entire industry has grown up around low-fat foods. Of course, if you have ever eaten a well-done hamburger or steak with all of the juices (fat) cooked out of it, you know that fat tastes good, and when you remove fat, you are left with something less than flavorful. Big Food, the main engine behind the low-fat industry, knows this, and it compensates for the lack of fat, and the accompanying flavor, by adding stuff to low-fat products. The stuff added is usually some variation of sugar or artificial sweetener. The results are predictable. A product may be low-fat and still be fattening. Added sugar is linked to obesity, diabetes and other life-shortening conditions. Not quite the goal behind going low-fat. And artificial sweeteners have been associated with all sorts of bad things, like metabolic syndrome, diabetes, depression, premature birth, and heart disease.

The low-fat industry evolved in the first place due to the fact that for many years we have been told about the evil of saturated fats. Saturated fat will cause heart disease, clog your arteries and lead to an early death. Avoid all high-saturated fat foods, like butter, cheese, meat, and coconut oil. The basis for this belief was a study done in 1958 of seven countries, their inhabitants’ eating habits and their rate of heart disease. In the countries where fat consumption was high, so was the heart disease rate, and in countries where it was low, the heart disease rate was low. Most current assumptions on health and food came from this study. Unfortunately, the study was greatly flawed, because it cherry-picked information. It ignored countries like Norway where fat consumption was high and heart disease was low. In 2010, a half-century after the infamous Seven Countries study, a huge review was done of 21 different studies involving almost 350,000 people. The conclusion was that there is absolutely no link between saturated fat and heart disease. In fact, saturated fat actually raises the HDL (good cholesterol) level in the blood and alters LDL (bad cholesterol) into a benign blood factor.

Because eggs are high in fat and cholesterol, they have been saddled with the “bad food” label for decades. Studies have now shown that the cholesterol in eggs actually raises the good HDL cholesterol in your bloodstream. As for being high in saturated fat, see myth No. 2 above. Eggs have actually been shown to help people lose weight compared to a typical bagel breakfast. This is because the high protein content of an egg breakfast more efficiently satisfies hunger, whereas a high carbohydrate bagel spikes blood sugar, which then crashes and results in renewed hunger a short time later.

The famous government food pyramid we all grew up with tells us to eat lots and lots of carbohydrates — grains, pasta, potatoes — and lesser amounts of fats and proteins. This high-carb diet is not exactly bad for people who are naturally lean. For the rest of the human race, a high-carb diet can actually be harmful. For people who are overweight, have diabetes or metabolic syndrome, high-carb diets have consistently been shown to be inferior to low-carb diets. Low-carbohydrate diets have led to greater weight loss and reduced risk factors for heart disease and Type II diabetes.

5. Myth: Eat lots of small meals throughout the day.

There is a persistent belief that it is healthier to eat several small meals a day, known as grazing, rather than the conventional three-meals-a-day model. Eating several meals supposedly keeps the metabolism hyped up, leading to increased weight loss. Several studies have debunked this myth, however. While metabolism may spike slightly during digestion, there is no difference in the ultimate amount of energy used. Metabolism is based on total amount of food consumed, not the number of meals. For the overweight, in fact, eating six small meals compared to three only leads to feeling less full, and thus feeling the need to consume more food. In an evolutionary sense, humans are not wired to feel full all the time. Prehistoric humans were often hungry, and in fact, occasional fasting has been shown to be healthy. Other studies have indicated that the number of meals consumed during the day can be linked to the risk for colon cancer. Eating four or more meals a day increases that risk by up to 90% for men.

6. Myth: All vegetable oils are good for you.

Studies have indicated that polyunsaturated vegetable oils can be a factor in lowering one's risk of heart disease. But like many things in life, the devil is in the details. Not all polyunsaturated oils are the same. Polyunsaturated oils contain both omega-3 and omega-6 fatty acids. Omega-3s have been shown to lower heart disease risk. The fatty acid has an anti-inflammatory effect and can lower the risk for many diseases related to inflammation. Omega-6s, on the other hand, have been shown to actually increase risk for coronary heart disease. The fatty acids in some of the most popular vegetable oils, like soybean, corn and sunflower oils, are omega-6s. Seed oils such as flaxseed and rapeseed oil tend to be higher in omega-3s.

7. Myth: Too much meat and cheese is bad for the bones and kidneys.

It has long been thought that eating a high-protein diet will result in kidney problems and osteoporosis. Studies have indeed shown that in the short term, eating protein increases calcium loss. However, the flip side is that in the long term, the opposite is true. High-protein diets are actually associated with good bone health and less fracture risk. Similarly, no link has been established between high-protein diets and kidney health in persons without previous kidney problems. Additionally, a high-protein diet has been associated with a lower risk of diabetes and high blood pressure, both of which increase the chances of kidney dysfunction.

8. Myth: Whole grain breads are good for everybody.

White flour, all the nutrition and fiber pounded out of it, has long been the object of nutritional scorn. Whole grain bread, on the other hand, has been extolled for all the things that white bread lacks. However, grains are not all they are cracked up to be. Human beings did not evolve to eat grains until relatively recently in history. The Agricultural Revolution began only around 10,000 BCE. Before that, we ate grains sparingly. As such, our digestive systems are still finding grains problematic. Grains are actually fairly low in nutritional content, compared to vegetables, fruit and meats. They also contain a lot of phytic acid, which causes some minerals to bind in the intestines and prevents them from being properly used by the body. The most popular grain consumed in the West is wheat, which contains a substance called gluten, the stuff that makes bread soft and chewy. While a small percentage of people have celiac disease, a sensitivity to gluten that causes the immune system to attack the small intestine, a much larger  percentage of people without celiac also appear to be gluten-sensitive. Gluten sensitivity can cause intestinal damage, bloating, pain, and other problems. There has even been some association shown between schizophrenia and gluten.