The sketch called "Donald Trump's House of Wings," despite being listed on DVDs, is nowhere to be found 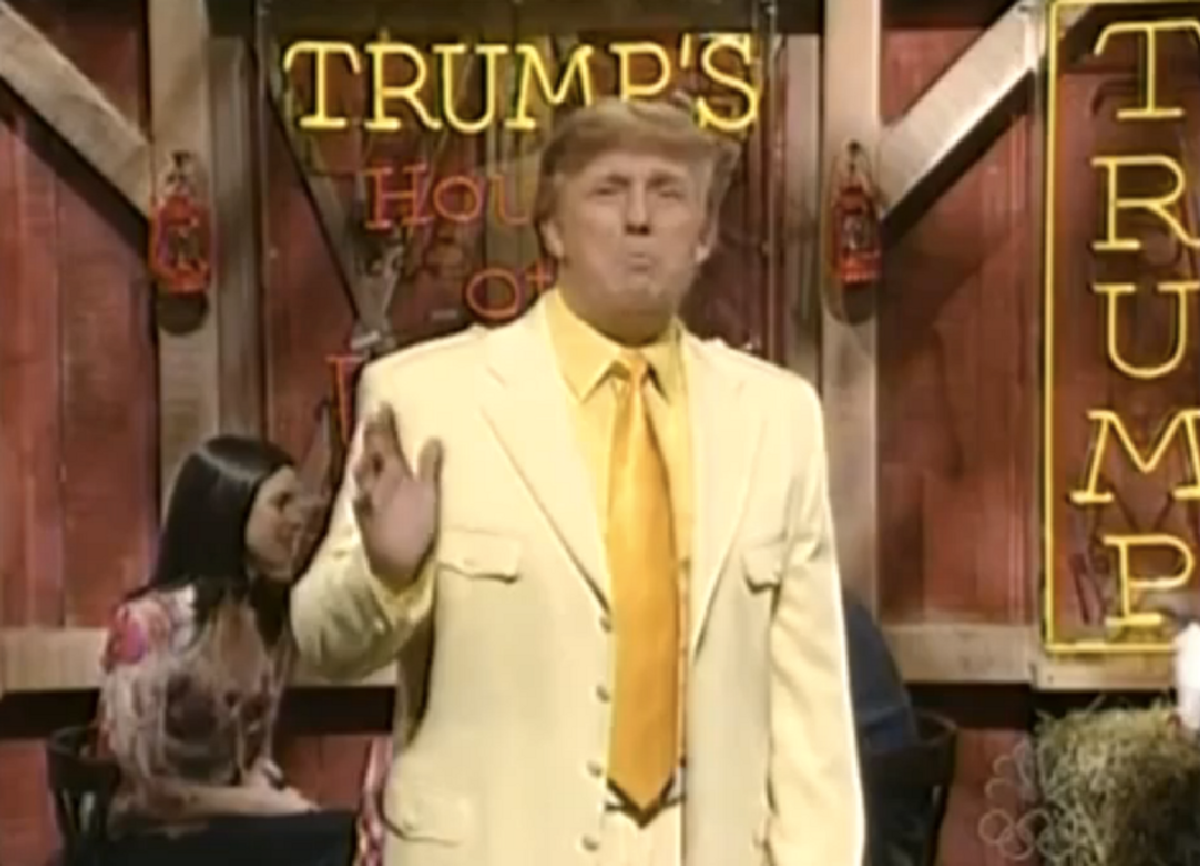 At times, it may feel like there's nothing Donald Trump won't share with the public -- with his tasteless Rosie O'Donnell burns, menstruation speculation and extreme anti-immigrant comments -- but, in fact, there are plenty of examples. First, there was the trailer for the never-before-seen Trump doc which the GOP candidate demanded be axed after viewing the damming portrait. Today, Mediaite unearths another hidden gem: Trump's 2004 appearance on "Saturday Night Live." The sketch called "Donald Trump's House of Wings" was, for one reason or another, taken down from the archives. Mediaite also noted that the sketch name is listed on an "SNL" DVD -- however, it was mysteriously nowhere to found on the actual disc.

Among the sketches that were preserved: "Fathers and Sons," in which Trump plays Seth Meyers' dad (lol) and the co-host on a show designed to strengthen their familial relationship.

Watch the clips that weren't preserved via Mediaite here.