Ben Affleck's nanny scandal, monetized? How Christine Ouzounian is set to milk her ambiguous role in his divorce for all it's worth

Will she host "The Bachelorette" next? In the business of celebrity scandal, she's not a victim, she's a player 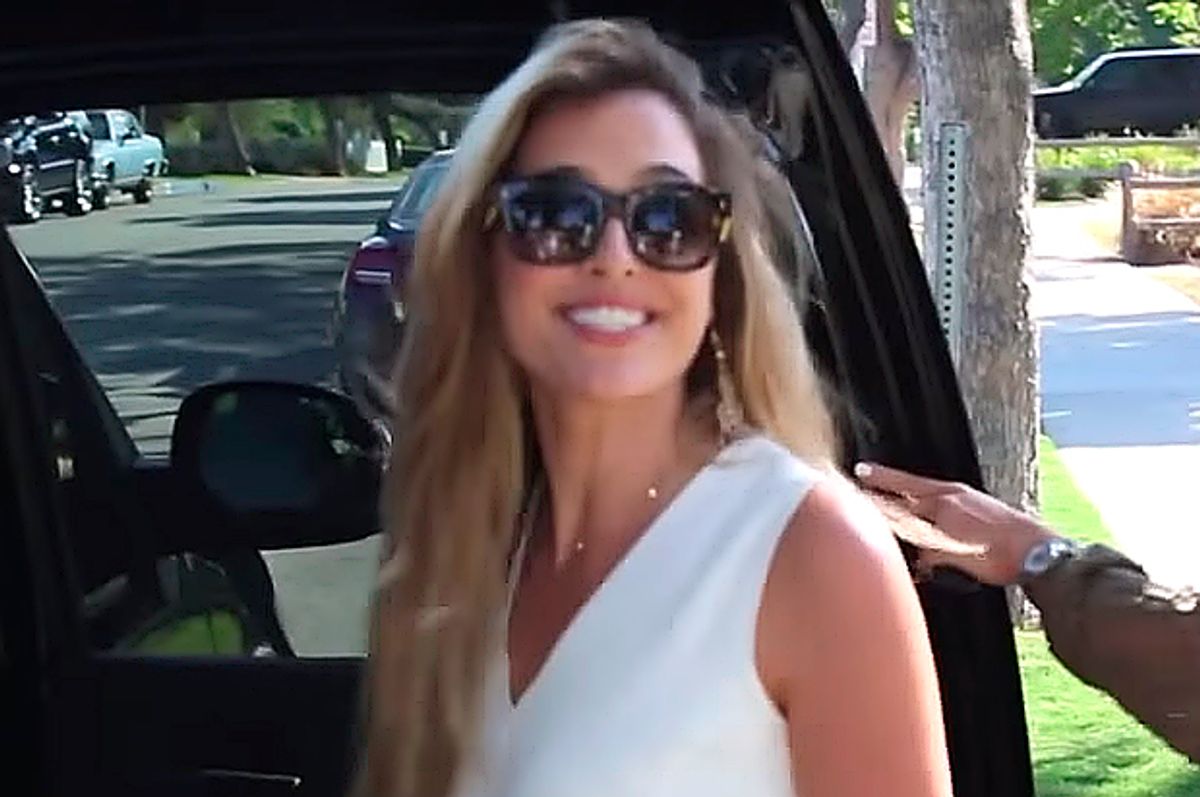 My heart broke a bit earlier this summer at the news of Jennifer Garner and Ben Affleck’s divorce. After the demise of the relationships of Gwen Stefani and Gavin Rossdale, Miranda Lambert and Blake Shelton, and Kermit and Miss Piggy, suffice to say my perspective on love was shaken as so many couples I admired fell apart. I think it’s natural to seek answers once a relationship has ended, and now it seems we might be able to put a name and face to a factor in Garner and Affleck’s split. According to the usual tabloid gossip sources, Affleck allegedly carried on some sort of fling with the family’s former nanny, Christine Ouzounian. The allegations may not even be true, just vicious. Either way, reputations have been made or broken, and the public and media crave a glimpse into this intimate arrangement.

And it seems Ouzounian is more than happy to provide it.

Grantland detailed a timeline describing “nannygate” that includes the two being spotted outside Affleck’s house in July, and it’s believed he’s footing the bill for her stay at Hotel Bel Air. Last week photos were posted of Ouzounian en route to Vegas with Affleck alongside Tom Brady as she sported each of Brady’s Super Bowl rings on her fingers. Other recent photos feature the former nanny posing in front of a shiny new white Lexus convertible, which has made her easy for the paparazzi to spot.

This does not read like a woman shamed. She seems happy to provide insight and access to her life. In fact, so willing is Ouzounian to be in the public eye that she’s seeking to be on “The Bachelorette,” according to Gawker.

Ouzounian may or may not have carried on a relationship with a high-profile married man, but I think it’s fascinating that she seems to be basking in the attention either way. As a culture bombarded by a constant stream of news and gossip, scandals reign supreme in feeding our insatiable appetite for discourse. It’s almost a self-policing social strategy. We whisper (or write essays) about infidelities, try to make sense of them, pass judgment, the whole routine. But we also learn what happens when certain social barriers are broken.

In her book “How to Become a Scandal,” author Laura Kipnis writes, “Culture needs scandal, it’s a necessary feature of the system, a social purification ritual, with the socially non-compliant branded and expelled, allowing the system to assert itself and its muscle.”

As New York magazine points out, Ouzounian is subverting the social system by not demurring. Her brazen invitation for attention suggests she has nothing to lose — people are going to talk, and it’s almost a dare for us to watch her journey now that she’s crossed certain lines.

This, too has precedent. “Think of it as an unspoken sadomasochistic pact,” writes Kipnis, in which “scandalizers parade their irrepressible ids around in public, possibly even soliciting punishment, and the rest of us willingly deliver it.”

Knowledge of extramarital affairs exponentially increased in Europe after the Reformation as letter writing grew in popularity. Royals and noblemen penned letters to their mistresses, creating paper trails to their indiscretions. Since the invention of the printing press helped influence a rise in literacy, between-the-sheets activities of lovers were made available to readers on neatly printed pages.

Take Tiger Woods’ fall from grace, for example. In 2010, Vanity Fair featured the golf star’s many affairs in the magazine along with seductive photos by Mark Seliger in a piece called “Tiger Woods’s Inconvenient Women.”

The stories accompanied by the photos are almost as lascivious as the affairs themselves — a sexy cocktail of power, lust and attention that we may not necessarily want to find ourselves involved with, but that doesn’t stop us from fantasizing about it.

What’s missing from these scandals is the attachment we feel to marriages we used to romanticize, the Ben and Jens of the celebrity world. Far too often we rationalize transgressions with adages like “the heart wants what the heart wants,” but in the face of lust and scandal, we're reminded that at the end of the day, the thing the heart really needs is blood.