Comedians are calling out "The Fat Jew" for theft: Why the online backlash against stealing jokes is long overdue

Josh Ostrovksy, hailed as the next big voice in comedy, is being taken down by the comedians he "aggregated" 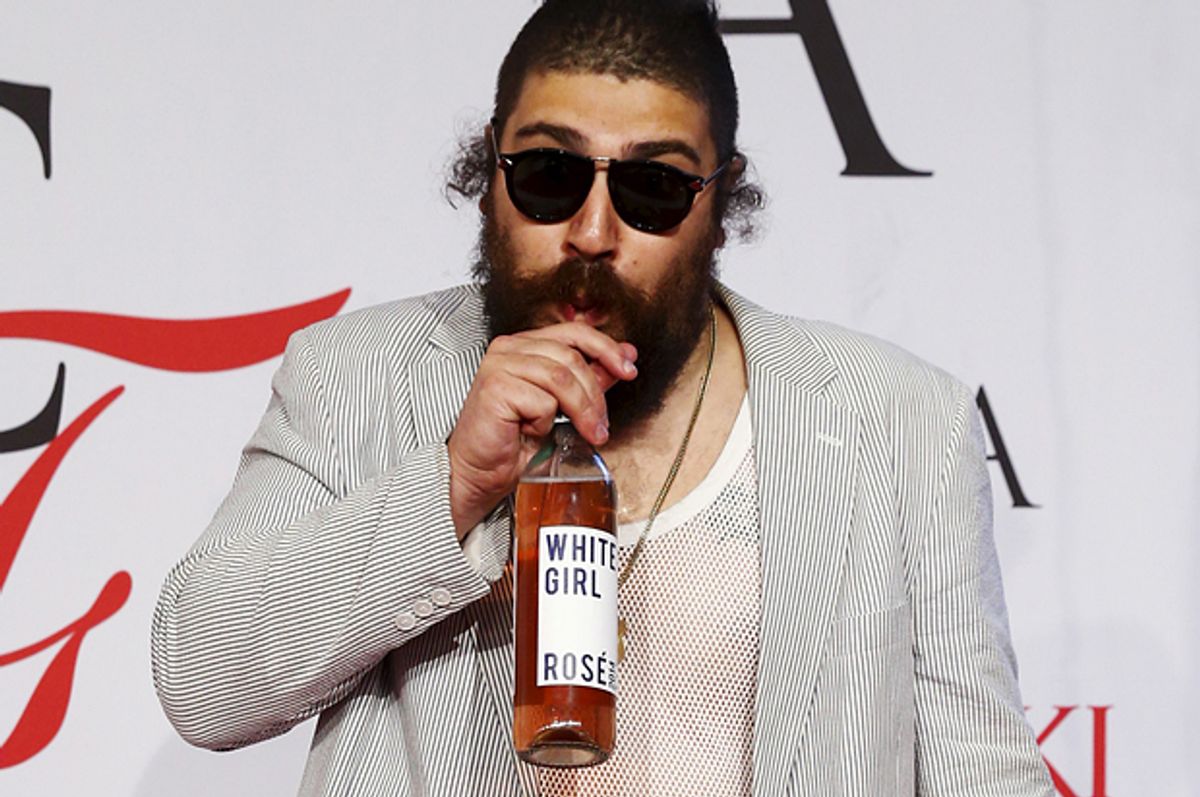 What do you get when you start calling all elements of culture “content?” When entire business plans are based on stealing the work of musicians? When even educated people – professors, say -- denigrate the idea of copyright and intellectual property? When you turn Jeff Koons into one of the art world’s biggest stars? When we lay off the librarians who could tell kids that photos, ideas, images, and passages of prose are created by someone and still belong to them until they choose to give them away?

You get a world in which a social media "comedian" like Josh Ostrovsky can become rich. From the Hollywood Reporter:

Ostrovsky, 30, has parlayed social media fame — he has more than 5.6 million followers on his Instagram account, @TheFatJewish — into a full-fledged entertainment career. In July he signed a modeling contract with One Management Agency; he recently launched wine brand White Girl Rosé and will publish his first book, Money Pizza Respect with Grand Central Publishing, a division of Hachette Book Group, later this year.

Ostrovsky is also looking for opportunities to bring his brand of comedy to television screens and currently has a pilot in development at Comedy Central. His résumé also includes a hosting gig for a radio show on Apple Music's Beats 1 station and brand deals with Virgin Mobile, Burger King and others.

Most of what Ostrovsky does, according to his critics, is steal other people’s work. He goes a bit further than most run-of-the-mill online thieves: For years, Ostrovsky has, according to many accusers, both comedians and fans, been ripping off jokes from comedians and posting them without attribution. (He sometimes offers little cute statements when he’s called out, or says that aggregation is now the name of the game.) And he’s used product placement to make a mint on it; it’s the equivalent of companies that steal a song from a musician and run an ad next to it. Everybody but the actual creator gets something out of the deal.

Ostrovsly recently allegedly stole a joke from Davon Magwood, provoking an angry response from the comedian: “If it’s my stuff you’re posting, and if you give me credit, then I get traffic to my site,” Magwood wrote on his blog. “You make money from the traffic you generate and guess what, I’d also … like to be paid and credited for the traffic that I’ve generated.” The kicker: “I’m not producing shit so you can make more money off of my work, no one is.”

I keep hearing about how liberating the Internet is, all the artistic careers it makes possible, all the types of “content” it allows us to access. Some of this is true. But it’s also been murder on many creative beings – musicians, journalists, photographers, graphic artists, and now, we're seeing, comedians.

And this is why the whole Fat Jew backlash makes me smile a bit — it's making it clear to a lot of people who wouldn’t normally care just what a cesspool that Internet can be, and showing them that the work of creative folks is worth protecting.

It’s also provoked the most intense and wide-ranging response from comedians since the mass rebellion against campus political correctness. Patton Oswalt and Ben Rosen (“Thanks FatJewish for straight up stealing my tweet without any credit whatsoever. “) are tearing him down. Here, SideSplitter offers a pretty good list of comedian’s disses.

Writer Maura Quint posted an enraged essay on Facebook arguing that, “The people he steals from are struggling writers, comedians, etc… he is a leach, he is a virus… He is pure trash.”

This is refreshing given the fact that the profiles of Ostrovsky in The New York Times and Financial Times treat him as an irreverent, lovable rogue. As Luke O’Neil points out on The Daily Beast: “Neither of those profiles, incidentally, use the words ‘plagiarism’ or ‘theft,’ which, in large part, is what has irked so much of the online comedy community about Ostrovksy’s success.”

But the tide may be turning on all of this. Often, when creative people rant about being ripped off by tech companies or other revenue-generating elements of the online economy, very little happens. Witness authors complaining about Amazon, or musicians complaining about YouTube or pirate sites. Amazon is bigger than ever, and musicians keep getting screwed. But somehow, this mass indignation by comedians is making real noise.

And now Comedy Central has reportedly canceled Ostrovsky’s pilot, although the network's vice president for communications, Jenny Runyan,  told Tech Insider that the decision not to progress happened "months ago." As SideSplitter puts it: “That doesn’t fix the countless jokes Ostrovsky has and continues to poach for profit, but hopefully Comedy Central is the first of many big companies that decide not to work with him or pay him $2,500 for a sponsored Instagram post.”

Writers, comedians, and others – please keep your posts and tweets coming. And if you are a civilian who’s just begun to notice this stuff, keep your ears open for the other online outrages. Sometimes things have to get worse before they can get better. The chattering class -- and the general public -- may be waking up.