I was betrayed by Republican religion: What my years as a Christian fundamentalist taught me about right-wing faith

The political form of Christianity, championed by "The 700 Club" and Fox News, is selling a powerful snake oil 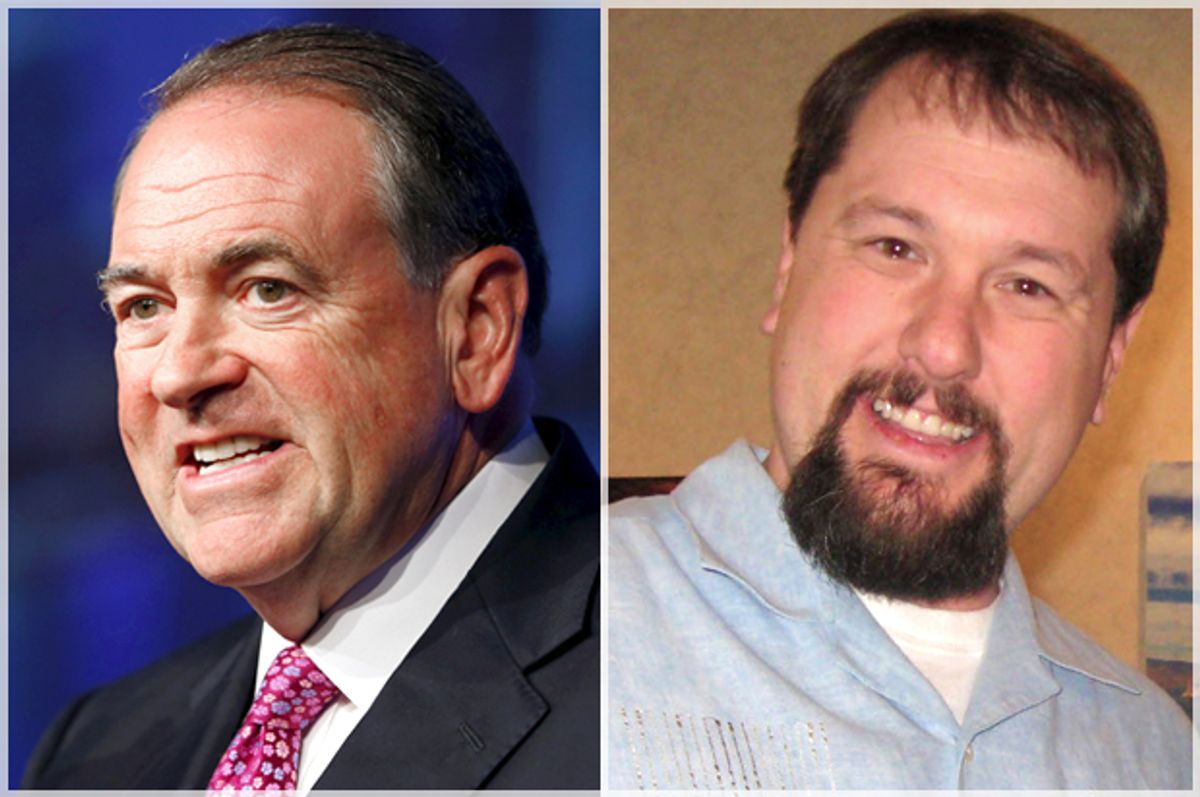 It is one of the great ironies of of contemporary American politics that, while The New Testament is further to the left than "The Communist Manifesto," somehow the book and much of the religion it created have been subsumed by the cruelest, most selfish conservative politics I’ve seen in my lifetime, replete with outright hatred toward poor people, immigrants and every other unwashed commoner for which Jesus professed his most intimate love.

(“Whatever you did for one of the least of these brothers and sisters of mine, you did for me,” he said as clearly as one can possibly state in Matthew 25:40.)

There is a miscalculation spreading among my liberal friends and some of my fellow commentators that the demographic decline of organized religion in America augurs the end of the religious right as a dominant political force. This is a massive miscalculation, because the religious right has nothing whatsoever to do with faith, dogma, Jesus, or the afterlife. Instead, large sections of American Christendom exist solely to support reductive conservative politics as a hedge against progress. They are tools used by cynical politicians and bloviating television pundits to transform rage and tribalism into viewers and a compliant voting public. There’s no reason to think those who benefit will abandon such a calculated and successful effort just because gay people can now (thankfully) get married. If anything, the rhetoric on “religious freedom” and attacks on issues like women’s health has only gotten more outlandish over time. (See the latest GOP debate, for instance.)

I’m no expert on scripture, but I spent a couple long, painful years during my early twenties trying to live as an authentic Fundamentalist Christian. It was an act of desperation in a doomed marriage, but I spent enough time in various Bible studies to know what the book says about poverty, suffering and rich people. “I'll say it again—it is easier for a camel to go through the eye of a needle than for a rich person to enter the Kingdom of God!" Matthew 19:24. Rejoice Christians, at least you won’t have to see Donald Trump after you die.

Like many self-identified American Christians, I grew up calling myself such while adhering to few of the precepts and never going to church. I consider my secular upbringing the greatest gift my parents ever gave me, and it also made me understand how it feels to call oneself a Christian out of laziness. I was always far more defensive of the faith when I didn’t practice or understand it. I was insecure and perhaps a little embarrassed. These kinds of nominal “Easter Christians” are the easiest pickings for a GOP playing the worst kind of identity politics.

After my failed attempt at “real” Christianity, the religious right bothered me much more than when I was ignorant of the Bible. Even when I voted for George W. Bush, I could never shake my disgust with the toxic combination of religiosity and politics. The only way to control women’s bodies is with a holy book, and hating gay people is only sustainable with religious justification. This disconnect drove me into the arms of Atheists where I have been for many years, living a philosophy in which I find great comfort and peace.

The political version of Christianity is first and foremost a media construct, like so much of our lives these days. It’s championed by Fox News, the 700 Club and a parade of has-beens and never weres, selling the “prosperity gospel” like so much snake oil. It’s a powerful and toxic stew that is as relevant to Jesus as professional wrestling or a discarded Playboy. Conservative Christianity in America is less a religion and more of a secret handshake, a group signifier of exclusion and moral superiority. Its swaggering and masculine cruelty is at once its greatest weakness and most attractive feature for working class white people who have seen their lifestyles and power eroded.

The people most injured by the Fox News version of Christianity are those authentic, compassionate people of faith. There are many churches with a sense of sacrifice and love. I’ve seen them. They are Lutheran or Catholic, Buddhist and even Mormon. They are filled with nice people doing wonderful things from a sense community, but these groups are in grave danger. They are now being sold a bag of lies about threats to “religious liberty.” They’re being made into political puppets, manipulated into violating the precepts of their own faith in the voting booth and in their own, incendiary, hate-filled rhetoric. Those that sacrifice love for the poor, kindness and tolerance for the hyper-inflated political rhetoric of the moment will lose much more than credibility—the future of their religion is at stake. The only bright spot, I suppose, is for people like me. The politicization of Christianity by pundits and politicians is the greatest boon to Atheism since the birth of Christopher Hitchens.

There is no better example of disconnect between faith and deeds (James 2:14) than one of the hottest topics driving GOP politics at the moment: immigration. There’s a cottage industry of people building careers off hating immigrants and the Latino community in general, starting with Trump but also Bill O’Reilly, Laura Ingram and Todd Starnes, the Fox correspondent most steeped in manufactured, artificial piety. Starnes and Ingram both claim great commitment to “Christianity” while also taking great pains to use the phrase “illegal aliens,” at every opportunity because Jesus loved to dehumanize the huddled masses. “For I was hungry and you gave me food, I was thirsty and you gave me drink, I was a stranger and you welcomed me” he said in Matthew 25:35.

I could fill a dozen essays with examples of Bible verses that contradict the core ideas and statements of conservative candidates, politicians and talking heads, but it’s a waste of time. No matter what the politicians and pundits claim to believe, they are only using faith to exploit an angry and ignorant populace with a collective Bible literacy that wouldn’t fill a shot glass.

As the Republican base becomes both grayer and whiter, more homogenous and religious, fake Christianity will become an even more important wedge for conservatives to drive between people and their self-interest. We don’t care if a Republican politician throws grandma out of the nursing home or takes food stamps from poor people, so long as he weeps during Sunday service. The problem with America isn’t greed, out of control capitalism or the perversion of democracy with moneyed interests—it’s that we don’t go to church enough or we aren’t cruel enough to our gay nephew.

The Fox News/GOP version of Christianity has already betrayed Jesus for 30 pieces of silver, and would do so again, just to get the matching set of spinning rims. Even though it’s a 21st century fabrication, it still has power and danger. Liberal Christians and anyone who values a secular republic need to stop pretending it’s been defeated.