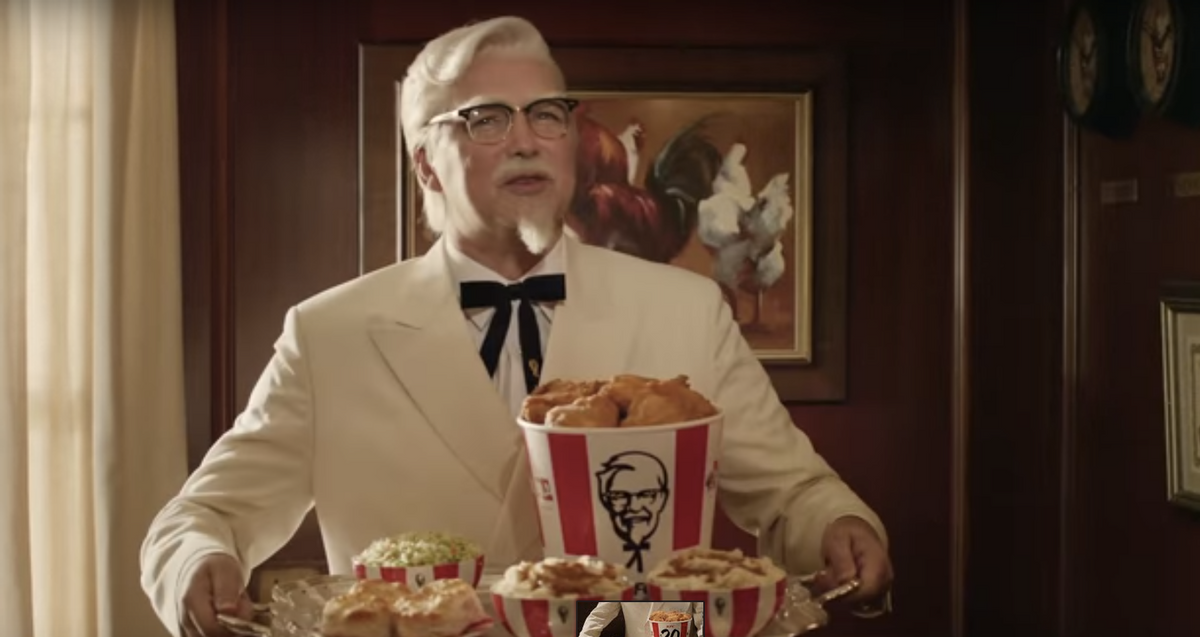 "For the first ads, we rebooted things that made Kentucky Fried Chicken the most favorite chicken brand in the world. We brought back the Colonel’s iconic office, his white stretch limo, and the children’s mandolin band he outfitted with instruments and white Colonel Suits to create authentic Kentucky bluegrass music. And the new set of ads are more of that same homage to the things that made Kentucky Fried Chicken such an important part of American families."

"Howdy, folks. It’s me, the REAL Colonel Sanders,” the YouTube description for the latest KFC commercial reads. “Lately there’s been an imposter Colonel out there pretending to be me. He’s done a real fine job at it, but come on—there’s only one me, and that’s me. So here I am, the REAL Colonel Sanders, back in the saddle to tell you all about my delicious, hand-prepared $20 Family Fill Up Meal.”

Watch the clip courtesy of KFC below: