The red panda is both vulnerable and adorable, and the New York Times is on it 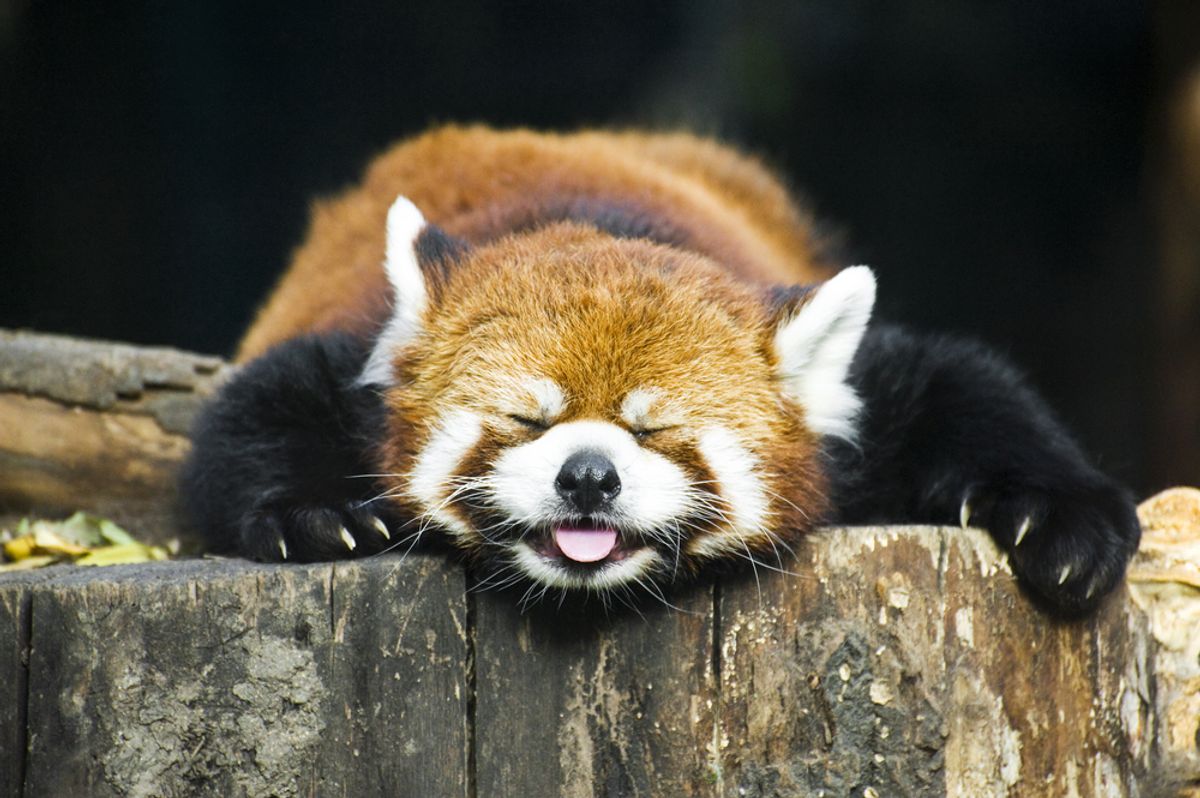 The trendiest creature facing the demise of its species due to human activity is the red panda -- and the New York Times is on it.

The raccoon-like mammals, correctly described by the paper of record as "adorable," have friends in all the right places: Anna Kendrick gushed about them on "Late Night" with Seth Meyers; Twitter celeb @darth uses a photoshopped image of one as his avatar; another name for them, "firefox," was adopted by the popular internet browser. To this collected cachet, the Times could have added Rusty, the red panda that became a social media star of his own when he escaped from D.C.'s National Zoo, or this excellent Buzzfeed list of 36 Red Pandas Reacting to Pop Culture.

Why all the hype? Again, use of the word "adorable" is entirely appropriate in this situation. Take, for example, this footage of the seven red panda cubs born earlier this summer at the Smithsonian Conservation Biology Institute:

Or seriously, just look at these guys, enjoying a snowy day at the Cincinnati Zoo:

The real story, alas, is not about how much we love red pandas, but the extent to which our actions -- habitat loss now, man-made climate change later -- are endangering their survival. Right now, with about 10,000 existing in the wild and some 500 more delighting visitors at zoos, the International Union for Conservation of Nature has them listed as "vulnerable," one step above "endangered." But they only thrive in very particular ecosystems, warns conservation biologist Elizabeth Freeman, which will likely lead to bigger problems in the near future.

"I think down the road what may actually do them in is climate change,” Freeman told the TImes. “Because they are in such a small niche in the Himalayas, and as climate change warms that area and moves that population higher in elevation, they’re going to lose habitat probably faster than they can accommodate to climate change.”

Red pandas are being bred in captivity, meanwhile, in the hopes that if it comes to that, they can be reintroduced to the wild. But according to the Times, that plan has some problems of its own:

One of the problems in maintaining populations is reproduction in captivity. Only about half of the young survive, and researchers say that is probably because mothers do not provide enough milk or care for the young properly. No one knows whether similar problems exist in the wild, Dr. Freeman said.

The Smithsonian institute has five cubs this year being hand raised and one being cared for by its mother. The human-raised cubs are bottle fed and housed in large cribs divided by screens, because they can unwittingly harm each other. Three of the five came from a mother who had terminal cancer. She was kept alive through the pregnancy because her offspring we considered important for genetic diversity, but then she was euthanized.

The two other cubs came from a mother who has had trouble raising cubs in the past. Being raised by humans is not ideal for any animal, but it is sometimes necessary. And filling the role of a panda mother means more than just holding a bottle.

The cubs do not urinate or defecate on their own. Those urges are prompted by their mothers’ licking their abdomen and anus. Human caretakers have to rub them to get the same response, and are clearly delighted when the cubs produce.

In adulthood, however, researchers say red pandas raised in captivity go on to "lead successful lives," and are able to breed. And they say that studying the animals, which are difficult to track in the wild, can bring new insights about the species' behavior and health. "We just want to answer very basic questions,” said Freeman. For the sake of the species, and for clicks everywhere, let's hope they're successful.