The 8 most atheist-friendly countries in the world

In many places around the world, this is an unprecedented era of freedom and social acceptance for non-believers 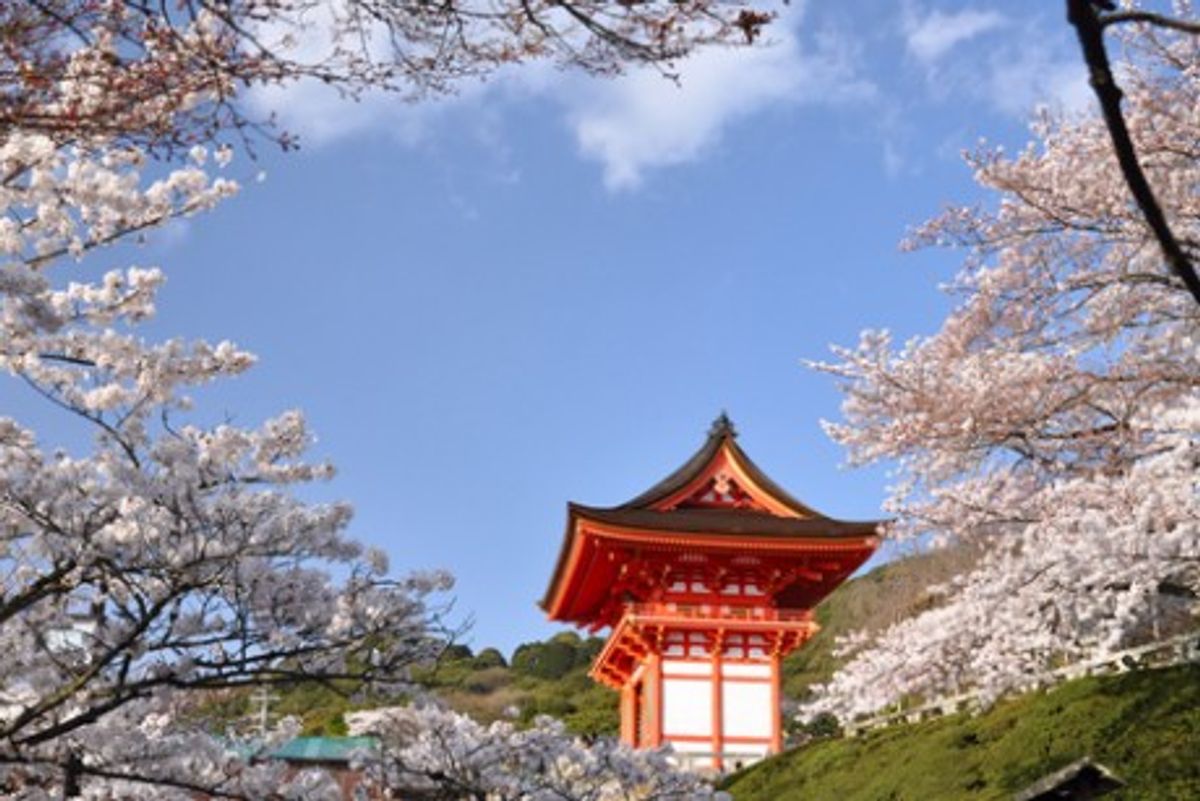 A lot of non-believer writers and activists focus, rightly, on the continuing lack of acceptance in many societies and nations of those who profess no belief in religion. Keeping an eye on what’s not working is the first step toward making improvements. Still, in many places around the world, this is an unprecedented era for non-believers of freedom and social acceptance. In the spirit of celebrating the amount of progress secularism has made around the world, here’s a list of eight of the best countries in which to be a non-believer.

1) Czech Republic. Many former communist nations saw their populations eagerly run back to the forbidden religions as soon as they were free to do so, demonstrating that the least effective way to spread atheism around is by mandate. The Czech Republic hasn’t seen any such return to religion, however; only 21% of its citizens consider religion an important part of their daily lives. They seem to be hanging on to secularism for roughly the same reason that they do pretty well in international sports competitions. Unlike most Eastern European nations, the Czech Republic rates high on the United Nation’s Human Development Report. It hasn't been riddled by the corruption and authoritarian attitudes that dominate other former communist nations, such as Russia. A mountain of evidence demonstrates that stable, egalitarian economies correlate strongly with higher rates of atheism. It seems that the government’s demonstration of faith in its people and commitment to their well-being has gone a long way towards keeping the citizens from rekindling religious faith, whereas in places like Russia, where citizens are more desperate, looking to God for answers perhaps becomes more appealing.

2) Sweden & 3) Denmark. It might not seem immediately obvious why high numbers of non-believers in a country would make life better for atheists, but the examples of Sweden and Denmark show why this is true. When non-belief or even outright atheism is widespread, atheists can go about their lives free from the fear that their lack of belief will cause people to mistrust, hate, or even discriminate against them. These two countries, in which only 17% and 18%, respectively, of the population consider religion important, have become icons of secularist values to the rest of the world. Phil Zuckerman, a sociologist from Pitzer College in Claremont, Calif., spent a little more than a year talking to citizens to find out why. He discovered that your average Danish or Swedish citizen simply doesn’t think much about religion; in these two cultures, religion has largely been relegated to a ceremonial role. For the typical atheist who likes to have a Christmas tree without the burden of having to believe in the Virgin Birth, the Danish and Swedish attitude towards religion should fit like a cozy sweater.

4) Austria. In an effort to satirize Austria’s allowance of religious headgear in driver’s license photos, Niko Alm applied for the right to be photographed with a pasta strainer on his head, which he claimed was the official headgear of the Pastafarian faith. The “faith” in question is the Church of the Flying Spaghetti Monster, which was established by pranksters in 2005 in order to demonstrate the pulled-out-of-their-asses aspects of some religious dogma. Alm claims the government hassled him about the license, but police insist that they issued it promptly and he simply failed to collect it. Regardless of the real story, it seems the government now wants it to be clear it gives no special treatment to a faith because it judges one kind of believer more authentic or sincere than another. While this incident might seem like small potatoes, it demonstrates a kind of absolute secularism that takes no opinion on faith whatsoever is the gold standard that secularists should strive for.

5) France. Even though France still has a heavy layer of Catholic tradition to its culture that puts the names of saints on street signs and venerates churches as some of its most important landmarks, secularism has become a strong national value in France. As with the United States, erecting a separation between church and state was a central value to the revolution that created the modern democratic state in France. In 1905, France passed a strong law mandating a strict separation of church and state, and since then, secularism has been a strong central French value. Almost too strong, in fact, as French politicians have been too successful in appealing to these secular values in order to pass oppressive laws banning the use of face veils in public. Outside of this exploitation of secularism in service of Islamophobia, by and large the French commitment to secular values seems sincere. Only 25% of French citizens consider religion an important part of their daily life, and the government has laws to prevent proselytizing in schools.

6) Norway. There’s a strong correlation between the happiest countries in the world and the least religious countries in the world, and along with Sweden and Denmark, Norway rates at the top of both lists. The two measurements have a complex relationship with each other. People likely look to religion less when they want for less, for one thing, but it also may be that atheism flourishes in nations where people demonstrate high levels of commitment towards a socially just government and shared economic benefits. If you have faith in your nation and your fellow citizens, putting faith in religion as well might just seem rather pointless. Norway cemented its relationship with secular values just this year, eliminating the Lutheran church as the official state church, aligning the law with the culture. No one in parliament resisted the change, and the church itself supported it, in an excellent show of atheists and Christians working together to create a secular society for the benefit of all.

7) Australia. For politicians, the belief that the electorate won’t support an atheist is an article of faith stronger than their faith in any God. In Australia, at least, that wisdom has fallen by the wayside with the 2010 election of Prime Minister Julia Gillarda, an atheist. Gillard not only makes it clear that she doesn’t believe in God, but she also calls out the pressure on politicians to make a show of having faith in order to attract voters, saying, “For people of faith, I think the greatest compliment I could pay to them is to respect their genuinely held beliefs and not to engage in some pretense about mine.” She also doesn’t hide the fact that her atheism is a result of thinking over the issue, as she grew up Christian and even won prizes for catechism. The voters in Australia looked at a woman who not only doesn’t believe in God, but came to that conclusion by actively rejecting religion for herself. Seems like a pretty safe country to be an atheist. Secularists even have their own political party, the Secular Party, which is dedicated to maintaining and strengthening the separation between church and state in Australia.

8) Japan. Like many countries in East Asia, religion seems to be more a matter of tradition for the Japanese at this point than a true faith, which is why only 25% of Japanese believe religion is an important part of daily life. In the recently released Global Index of Religiosity and Atheism, Japan ranked only below China in percentage of committed atheists, with 31% convinced there are no gods. Unlike China, however, Japan’s atheism has nothing to do with government force, making it a much comfier fit for those who want a strong dose of freedom to go with that lack of religiosity. Japanese culture has a strong, flexible approach to religious tolerance, with a diversity of religious beliefs. More importantly, the notion that one has to “belong” to a specific religion doesn’t hold much sway in Japan. Japanese people who do believe often employ a mix of Shinto and Buddhist beliefs, practiced in a manner that’s less formalized than the monotheistic religions better known in the West. It’s easy to see how this helps create a low-pressure environment where atheists who choose not to believe anything at all can thrive.

Honorable mention: United States. At first blush, claiming the United States is a good place for atheists seems preposterous. The levels of religiosity in this country rival that of many Muslim theocracies; the religious right runs one of our two major political parties; and there’s non-stop incursions from conservatives who want to chip away at religious freedom in the classroom and the bedroom. Because of this, it’s not quite right to put the United States in the official list of good nations for atheists, at least not yet.

But the country does get bonus points for some recent improvements, despite the continued dangers presented by the religious right. Atheists have made tremendous political gains in recent years, in no small part because of a growing atheist movement that managed to turn out 20,000 people to the Reason Rally earlier this year. The number of self-identified religious Americans dropped from 73% in 2005 to 60% in a recent poll. Even though he identifies as Christian, President Barack Obama made special notice of atheists during his inauguration speech. Indeed, he and many other Democrats have fought hard to keep our government as secular as possible, despite all the attacks from religious fundamentalists. The recent contraception mandate from the HHS makes it clear that Obama is willing to pick a fight with godbags who want to impose their faith on others; despite a constant stream of whining from the right, the administration has made it quite clear it will not allow employers to impose their beliefs about contraception on employees by withholding earned insurance benefits on the grounds of religion.