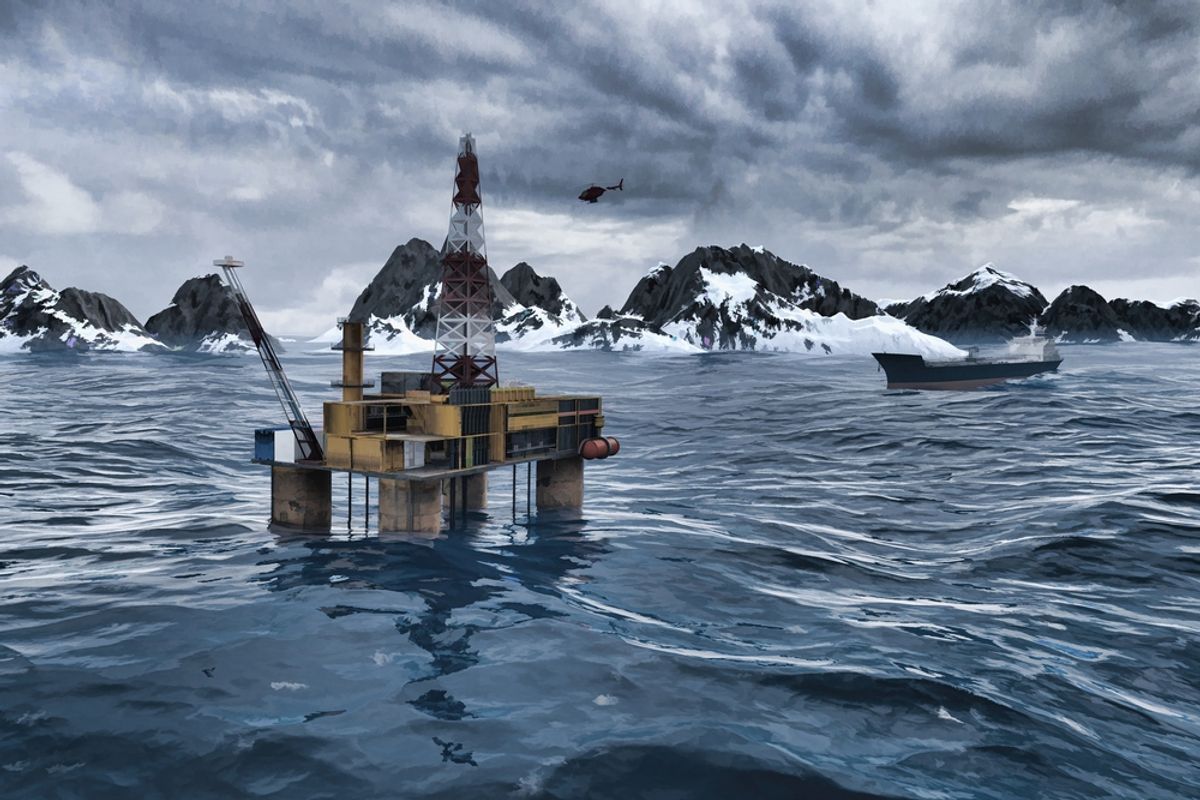 The bridge danglers have been cleared, the damaged vessel repaired and, with the final okay from the federal government, Shell officially has everything it needs to begin drilling for oil in the Arctic.

The Interior Department’s Bureau of Safety and Environmental Enforcement issued a modified permit Monday afternoon that gives Shell, which has already drilled 3,000 feet into the seafloor, to penetrate deeper, to the reserves of oil it's betting are located there.

“Now that the required well control system is in place and can be deployed, Shell will be allowed to explore into oil-bearing zones for Burger J [the well],” BSEE director Brian Salerno said in a statement. The drilling, he added, is “being held to the highest safety, environmental protection, and emergency response standards.”

Shell experienced a number of setbacks on its path to the Arctic; the new permit became necessary after its icebreaker, the Fennica, was damaged in an Alaskan harbor and sent back to Portland for repairs. And the company's original plan, to drill two separate exploration wells, was cut short by the Obama administration determined that the rigs needed to be spaces 15 miles apart to account for wildlife protections -- Shell's proposal had allowed for only nine feet between them.

With all of the hurdles cleared, it's now going to be a waiting game to see if Shell's able to live up to its promise to conduct drilling safely -- and to see whether the company ends up striking oil. “Everybody’s watching to see if we’re going to fail or succeed out there,” Ann Pickard, who runs Shell’s Arctic division, told the Wall Street Journal in July. And if they don't find the oil they're looking for, she added, “I would probably recommend that we walk away.”

Those worried about the fragile Arctic environment are hoping that first part goes well; while everyone concerned about our reliance on fossil fuels and worsening climate change is hoping that after this, Big Oil will just go home.