Being Blunt: Modern-Day Butlers with Multiple Skills in Demand 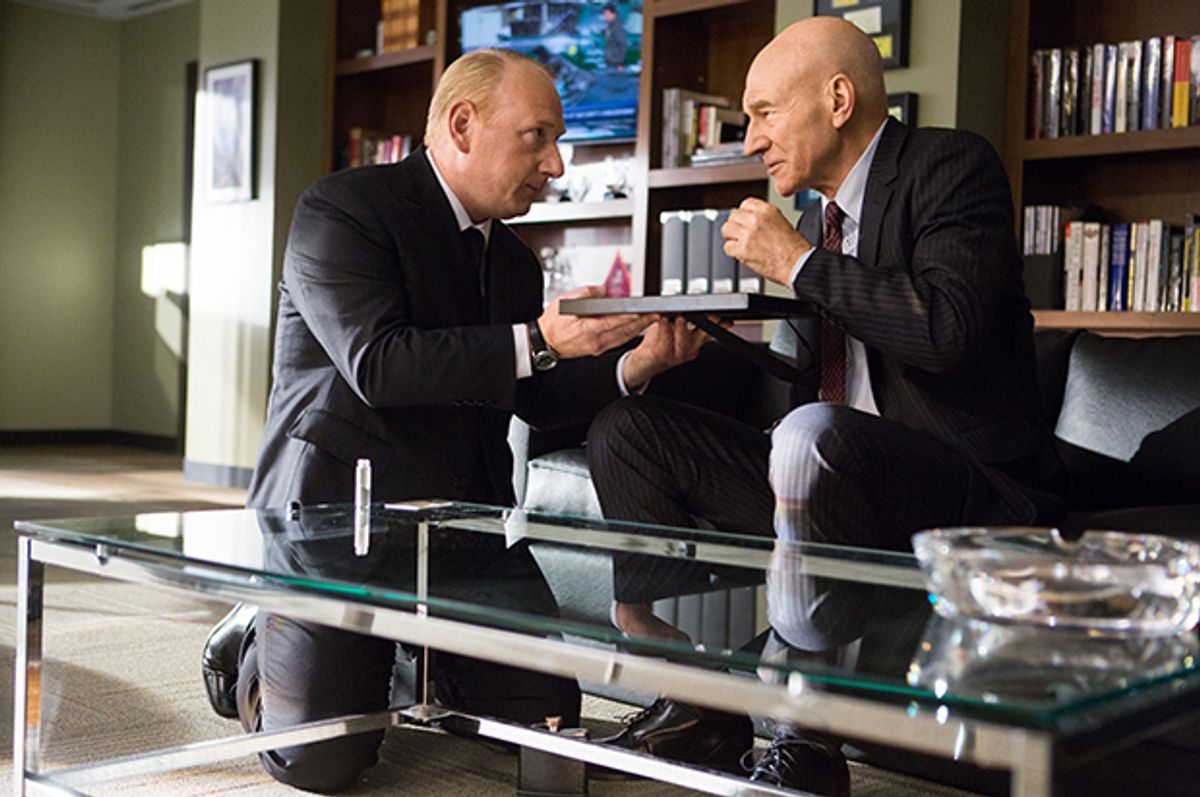 From Batman’s Alfred Pennyworth to “Downton Abbey’s” Charles Carson, media’s portrayal of the manservant -- or butler as it is more commonly known -- has ranged from the absurd to the realistic.

Now a new manservant is playing an important role in the Starz show “Blunt Talk,” starring Patrick Stewart as British expatriate Walter Blunt, a charismatic but self-destructive American news host. Blunt relies on his manservant, Harry, to help him navigate his messy personal and professional life.

The term “manservant” may sound like a quant vestige of a long-ago age. The term butler – or occasionally house manager -- is more widely used and preferred because it sounds less demeaning, say domestic help firms.

Regardless of the name, the demand for such jobs is strong enough to keep a number of schools busy training candidates. Among them are the Australian Butler School and The International Butler Academy in The Netherlands. They place students in positions worldwide.

A three-year-old, San Francisco company, Manservants offers a whimsical take on the manservant or butler role.

Centuries ago, the manservant was usually the head servant of a household who oversaw the wine cellar, pantry and dining room. Other manservants served as valets (personal attendants) and footmen, who ran errands and did chores.

New World Duties
Today thousands of butlers working at private homes, resorts and luxury hotels provide services that combine Old and New World flair. Salaries can range from $85,000 to $150,000, although some command more depending on the client’s needs including the number of homes they own. While butlers on television and in films are males, women are working in the field, as well.

“There is still demand for the traditional butler who will pack and unpack clothes, greet guests and make sure the household is running smoothly,” said Robert Wynne Perry, founder and chief executive officer of Society Staffing, which includes Society Butler. “But today’s butler must also be tech-savvy and prepared to travel at a moment’s notice.”

The boutique placement firm provides male and female butlers worldwide. “The function of the modern-day butler has evolved to encompass skills that help look after every aspect of a client’s busy personal and professional life,” Perry said. “Clients are looking for butlers who can quickly switch gears and deal with lots of situations all at once.”

The modern butler, for example, is less likely to be polishing silver than to be overseeing an interior design project or assisting with the purchase of a new yacht.” Job duties have morphed over the years with some butlers now called estate managers or household managers and many serving as executive personal assistants, said Perry.

Special Skills
Multi-lingual and traveling butlers who can serve as concierges are in great demand. “The travelling butler is the ultimate support tool when on the road for business or pleasure,” said Perry. “They’re familiar with the culture and know how to get things done to make sure their employers have a smooth stay.”

Clients are also looking for tech-savvy butlers who stay abreast of the latest software and security systems. “Butlers must have a strong knowledge of technology, whether they’re called upon to download pictures of the family or keep a smart home running seamlessly,” said Perry.

For A Little Fantasy...
For those intrigued by the word manservant, Manservants rents out gentlemen to treat women (and some men) “like a queen. The three-year-old company is as much about fantasy as service, although its website is clear that its manservants are not strippers.

Manservants follow a “code of modern-day chivalry” that consists of 12 rules. They include responding with “As you wish,” addressing women with “My lady,” and “paying a compliment every quarter hour.” According to the Manservants’ website, manservants must also ensure the client “rides home safely, whether that is in a taxi, horse and carriage, or on piggyback.”

Yet manservants may also perform more mundane tasks, including serving food and drinks at functions. Rates for a manservant start at $125 an hour up to $475 for a half-day (four hours). “Book one for a bachelorette party or any gathering to be your personal photographer, bartender, bodyguard, and butler all in one,” the company’s website says.

The new STARZ Original Series “Blunt Talk,” created by Jonathan Ames and Executive Produced by Seth McFarlane, stars Patrick Stewart as a British import intent on conquering the world of American cable news. Don’t miss the premiere of the half-hour scripted comedy, Saturday, August 22 at 9P only on STARZ