Zimmerman claimed "we need the Confederate battle flag to protect the American flag," whatever that means 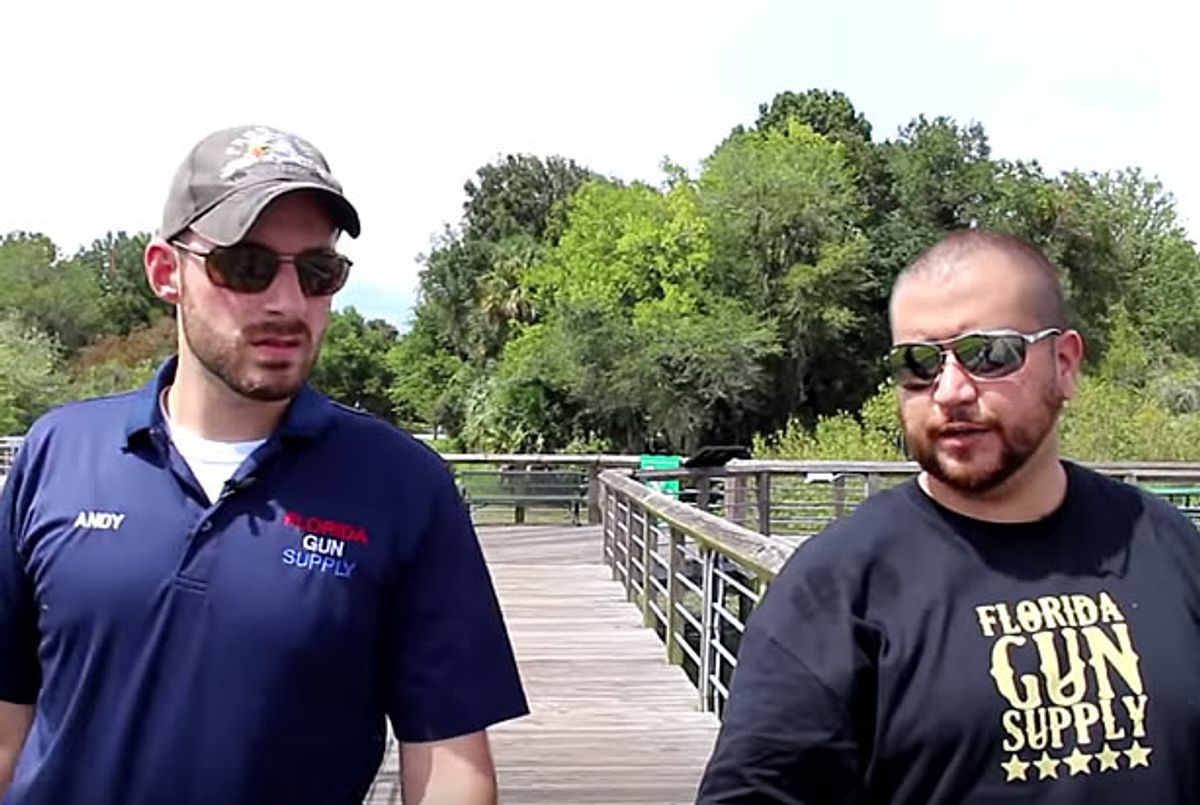 In what can best be described as a match made in clickbait Heaven, the Florida gun store owner who wanted make his establishment a "Muslim-free zone" is teaming up with Trayvon Martin's killer, George Zimmerman, to sell prints of the Confederate flag with the words "the 2nd protects the first" on it.

According to Zimmerman, that caption is a "double entendre, because the first flag I painted on this canvas was an American flag, but I decided to repaint over it with the Confederate Flag when I heard [Florida Gun Supply owner] Andy Hallinan was getting sued by [the Council on American-Islamic Relations. The second flag I painted was the Battle Flag [of the Confederacy] -- which we need in America in order to protect the first."

He added that it also means that the Second Amendment protects the First Amendment, because that's the kind of deeply veiled artistic statement the average person wouldn't be able to suss out on their own.

Zimmerman decided to partner with Hallinan after he read about the backlash to a video the gun shop owner posted in which he claimed, among other things, "that the core tenets [of the Islamic faith] is to establish a one-world order and do so by violent acts" and that political correctness "has become overly extreme here in the United States, and causing loss of life that we could prevent if we looked at Islam for what it is."

In the "(Original) Mini-Documentary" produced by Florida Gun Supply, Hallinan and Zimmerman stroll along an elevated walkway like young lovers with a shared passion for imagined oppression. "I didn’t want to see Hallinan give up the fight simply for financial reasons,” Zimmerman said. CAIR possesses "endless resources, they have tons of money -- I just wanted to do my part."

"I will do for you what the American people did for me," he added, referring to the rash of donations that followed his killing of Trayvon Martin. The prints will be sold for $50 a piece, and one lucky person will receive a copy of the painting itself, "which could be worth up to $100,000."