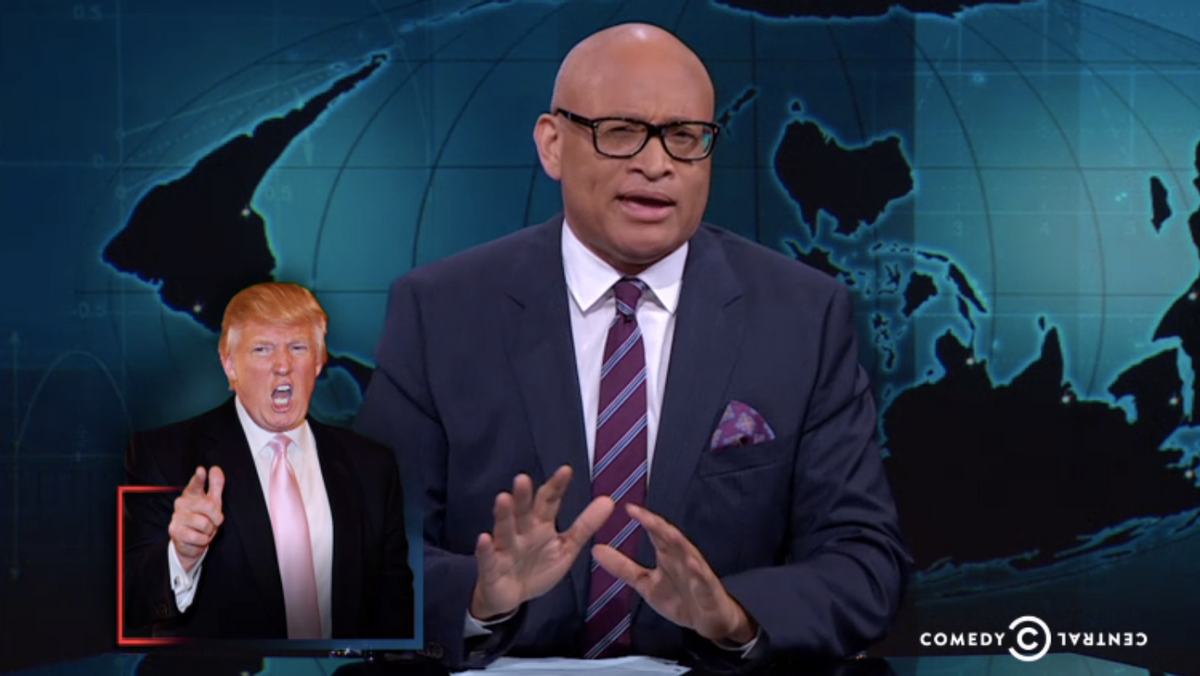 Last weekend, presidential candidates stopped by the Iowa State Fair, a campaign tradition which has historically given politicians a chance to chat with locals and get captured in a few unflattering pictures while devouring corn dogs. The Donald wasn't going to play by the unspoken rules of Iowa State Fair-going, arriving at the event in his shiny new private chopper and decidedly refusing to appear down-to-earth and relatable for locals in attendance.

"The Nightly Show" host Larry Wilmore ripped into the GOP frontrunner Monday night, asking, "How small is this guy’s penis?”

“There is no pretend in his game at all,” Wilmore continued. “I am not a commoner, I am not one of you — I am one of me,” he said taking on a Trump voice.

After being interrupted by a mini helicopter replica operated by a troll doll version of Trump, Wilmore concluded: “If I were him, I’d be a little nervous around a helicopter,” Wilmore said. “His hair is not exactly impervious to wind, right?”