In this Salon original video, a remarkable group of literary women bare it all in New York City 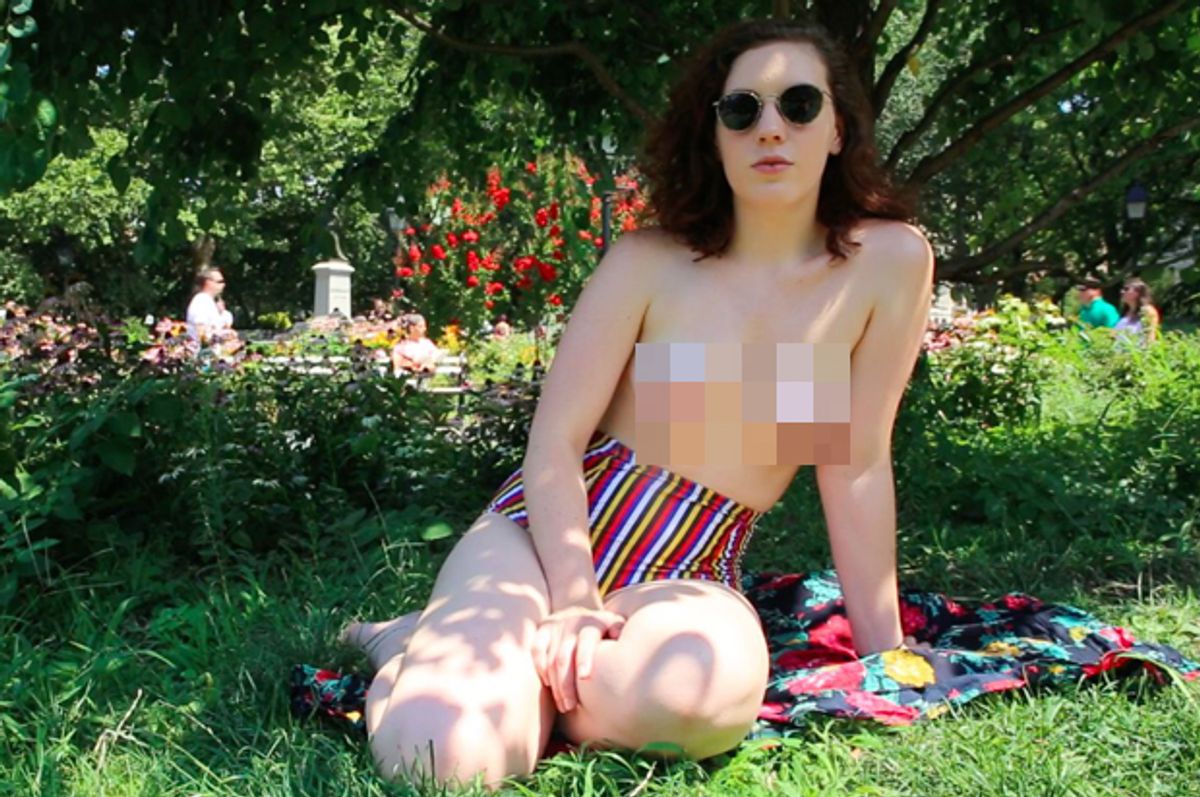 Editor's note: Salon's original video report on the Outdoor Co-ed Topless Pulp Fiction Appreciation Society, which can be found at the end of this post, is not safe for work.

In many ways this New York City book club is just like any other. Members discuss the books they are reading, but also sidetrack into their personal lives, talking about work, love and hobbies. They nosh on snacks and sip their drinks. During the summer, they meet outdoors in New York City’s public parks.

But this book club is different from the norm in one important way: The majority female crew meets and reads outside and bare-chested.

The Outdoor Co-ed Topless Pulp Fiction Appreciation Society, which boasts dozens of members, was founded five years ago to give women the chance to take advantage of the New York City law that allows women to go topless in public spaces.

“For me it wasn’t necessarily a political move,” said one club member. “But if this groups sets an example that normalizes female toplessness, then I’m all for it.”

“The extent to which boobs have been sexualized on our society is laughable,” she added.

All club member names were withheld to protect their identities online.

The club met on a recent, steamy Saturday afternoon in Washington Square Park to read “About The Girl With the Deep Blue Eyes” by Lawrence Block. As each member arrived and disrobed, a crowd of ogling park-goers casually crowded around them.

Some stared and took pictures. Others made under-the-breath comments. Some stopped dead in their tracks, not moving a muscle as they watched the group. But members acted as though they were doing nothing out of the norm. They simply continued to read and discuss.

“I can’t care too much about how I am affecting them,” one member said. “I need to worry about myself and what makes me happy.”

The members said that in the last five years they have had very few negative experiences and have never once been scared.

“That’s what’s so important about this group,” one member said. “We get to exercise our rights in the safety of a group.”

Warning: This video is not safe for work.