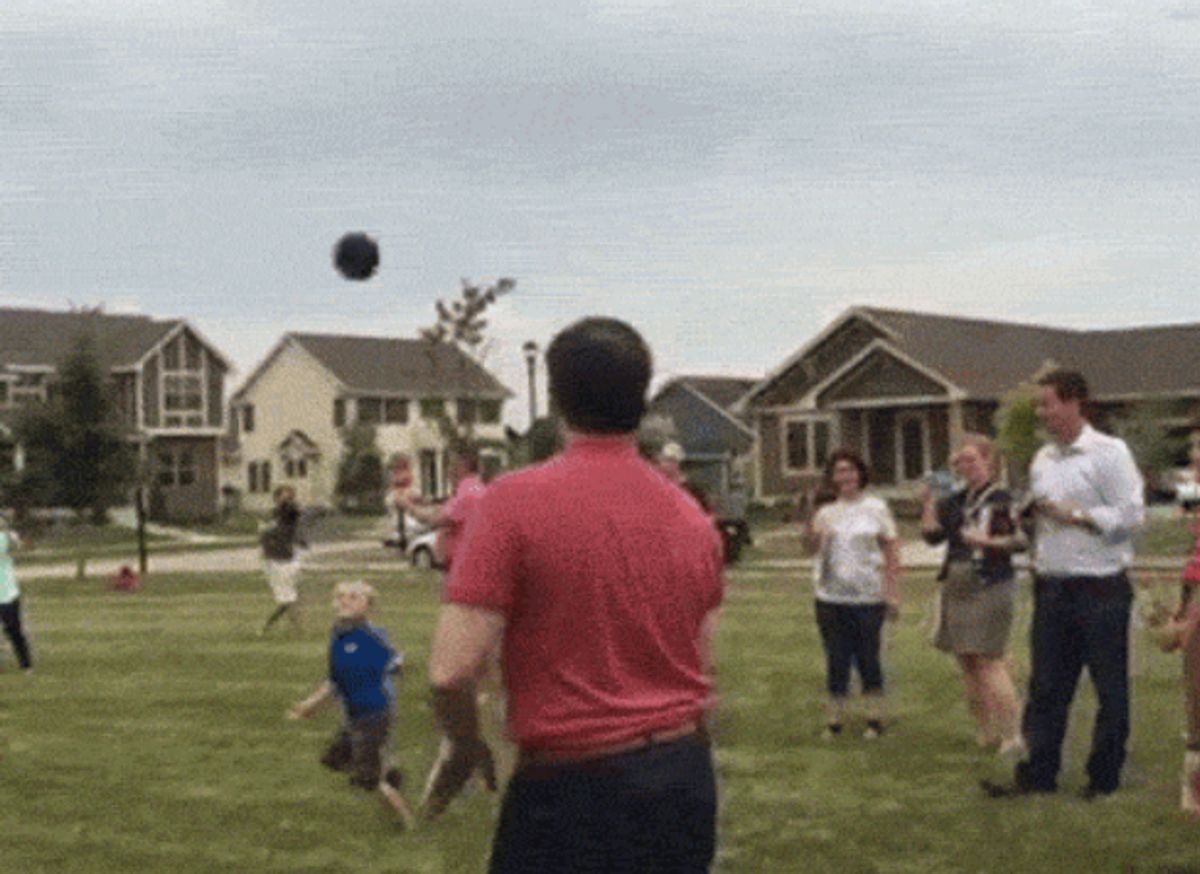 In an American ritual, presidential candidates from both parties head to the Iowa State Fair to eat fried food on a stick, stand atop a Soapbox to talk down to the masses and kiss babies (or offer them free rides aboard their personal helicopter) but for Florida Senator Marco Rubio, the casual meet-and-greet turned into a hilarious football fail when he smacked a young child in the face with an intended pass.

Bloomberg Politics caught the throw on tape shortly before Rubio took to the famed Soapbox and the video is hilarious:

As The Hill reminds us, "Rubio went to Tarkio College in Missouri for one year on a football scholarship before transferring to Sante Fe Community College in Florida."

The video of Rubio's unfortunate time with the pigskin and the young child is reminiscent of this hilarious "Saturday Night Live" sketch featuring NFL star Payton Manning as a United Way volunteer: