The creative team pulled the scene, premised on a series of airport bombing jokes, in fear it'd be in poor taste 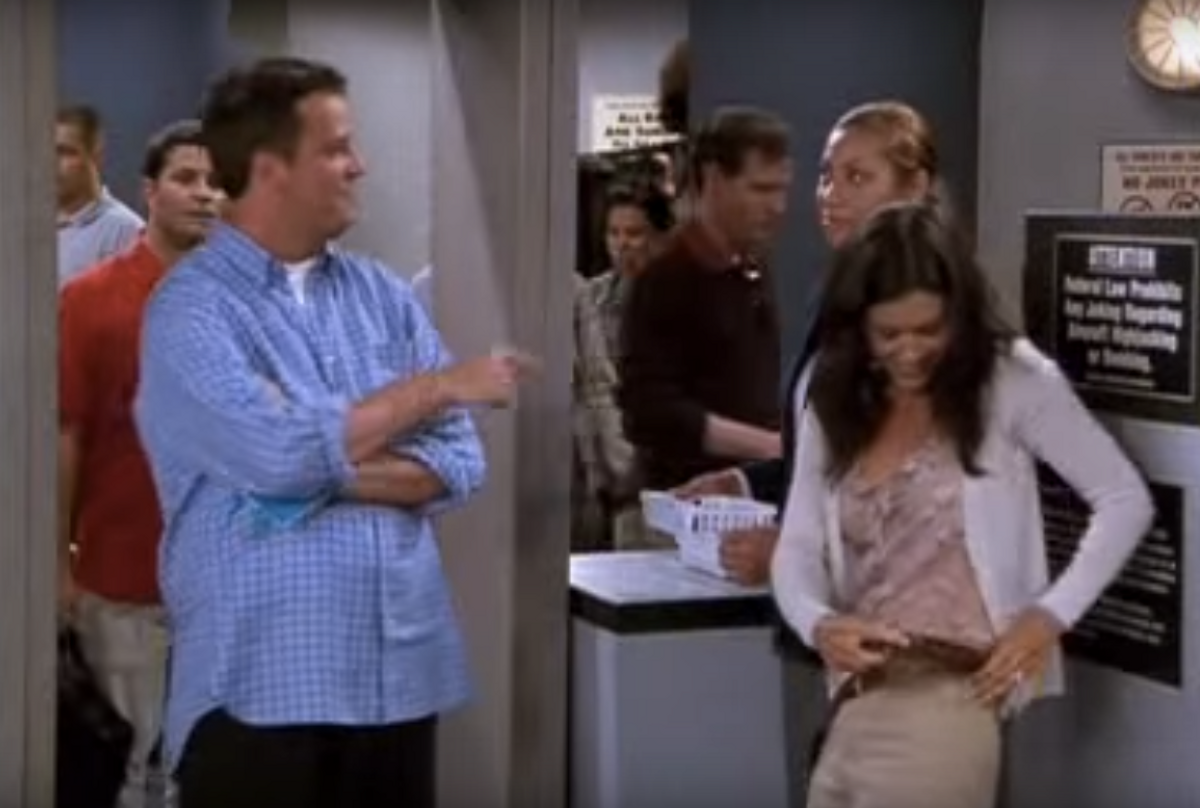 The last thing anyone wanted to laugh about in the wake of the tragic events of Sept. 11 were airport security jokes. Specifically, those that mentioned "hijackings" in passing. That's why, anticipating the backlash of a joke like this one, the creative team on NBC's "Friends" ultimately decided to scrap a scene from the 2001 episode “The One Where Rachel Tells Ross.”

In it, Monica and Chandler are attempting to make it through security on their way to their honeymoon, when Chandler -- being Chandler -- spots a sign banning all jokes about bombs and views this as some sort of challenge.

"I take my bombs very seriously," Chandler says as a TSA agent rushes over to the scene to escort him out.

The interrogation just gets worse and worse, as the couple refuses to stop dropping the "b-word."

The deleted scene, originally uploaded back i 2007, is having its moment of virality this week. Here's the clip below: