Which of these 8 so-called aphrodisiacs is the real deal? 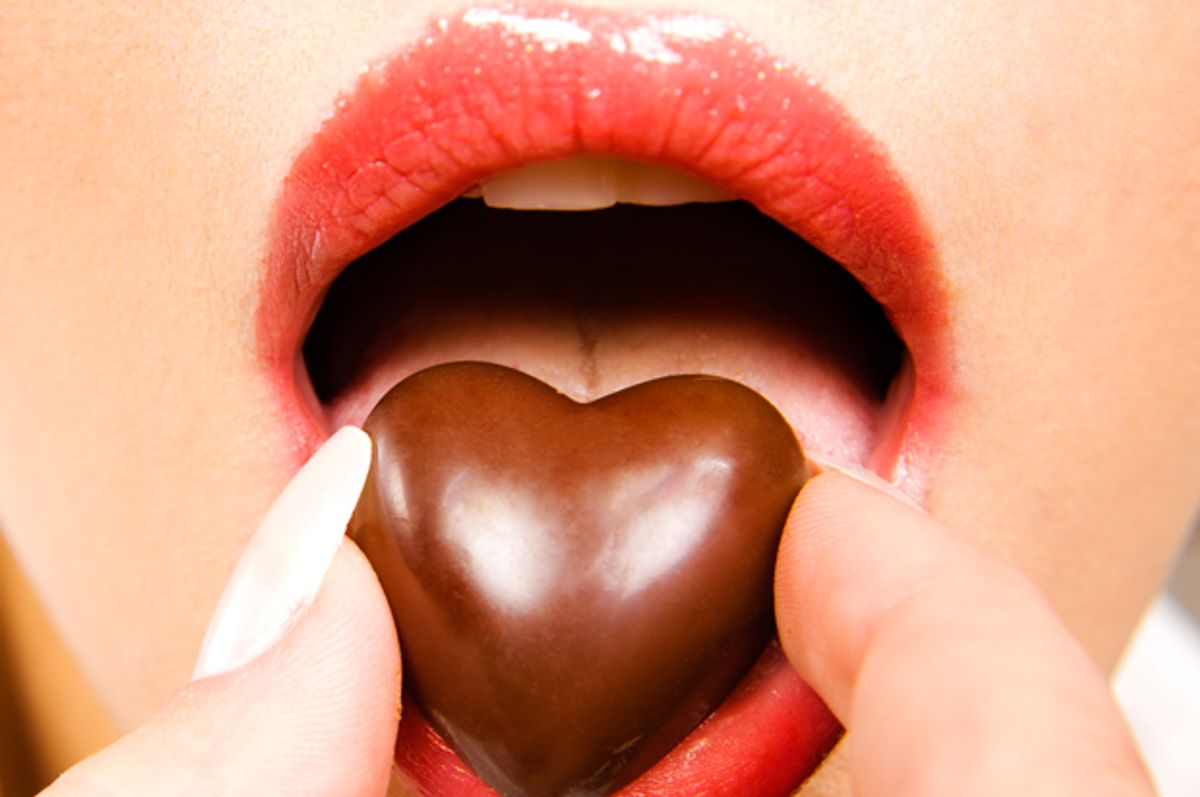 Forty-three percent of women and 31 percent of men have reported some measure of sexual dysfunction, which has naturally led to the search for the Holy Grail: the perfect aphrodisiac. Over the centuries, many substances have been rumored to be the perfect food to perk up the gonads, tickle the lady parts and spice up the bedroom activity. There have been lots of candidates for libido boosters throughout history. Some, like shark fins, rhino horns and tiger penises, have led these species to the brink of extinction, despite studies showing they have zero effect on the libido. Others are less destructive, if still just plain weird, like the milk of the jackass (which men and women rubbed on their genitals and the Roman Emperor Nero’s wife was rumored to bathe in).

Today, there are a number of foods many swear are effective aphrodisiacs. But do they really work? A new study published in the International Society for Sexual Medicine examined eight of today’s most popular mood enhancers to answer the question.

Native to the Andes mountains in Peru, maca is a root vegetable that has been cultivated for over 3,000 years. It is related to the radish with a sweet butterscotch odor. Eaten baked, in a soup, or as a fermented drink, its most popular use today is medicinal, especially to arouse sexual desire. And it seems to work. Studies have shown maca to be well-tolerated with negligible side effects. Although more studies need to be done to discern optimal doses, maca has shown positive outcomes for helping both men and women in the bedroom.

That box of chocolates that is the staple of Valentine’s Day gifts has a purpose, which hopefully ends in the bedroom. Sadly, while no one will ever say you are wasting your money on chocolate, studies have shown no evidence that it is an effective aphrodisiac. While it appears to be linked to higher serotonin levels, which play a part in sexual desire, comparisons between chocolate eaters and non-chocolate eaters have found no difference in sexual function.

These mollusks have long been considered an aphrodisiac, proponents pointing to the high zinc content, as well as abundant amino acids and serotonin, all of which are suspected to play a role in sexual response. Casanova was said to gulp down 50 oysters a day to keep his raging libido raging. Modern science begs to differ, however. Randomized controlled studies have not borne out oysters’ aphrodisiacal powers. Oysters have no effect on sexual desire.

Ginseng, a plant with a thick, fleshy root, has been used as a health tonic and aphrodisiac in Chinese medicine for centuries. Proponents have touted it as an aid in male erectile dysfunction, and several studies have borne this out. Compared to a placebo, ginseng seems to be an effective ED remedy. Additionally, Korean red ginseng has been shown to aid menopausal women who have had low sexual desire.

Bottom line: It works. But take note: ginseng has estrogenic effects. Anyone with hormone-sensitive cancer should stay away from it.

Despite claims that an extract derived from wild yam will help ease menopausal symptoms and heighten sexual desire, studies have not shown any improvement for those who use it. Some wild yam creams have added progesterone, but since people do not readily absorb the synthetic form of the hormone, it has no real benefit.

A product of the (ironically named) chaste tree, chasteberry (sold as Vitex) does seem to have some ability to lessen the symptoms of PMS. However, no studies have shown its effectiveness in improving sexual function. Additionally, chasteberry, which can lower estrogen levels and raise progesterone levels, has the potential to interfere with oral contraceptives.

They don’t call it “honeymoon” for nothing. The word is thought to come from the ancient tradition of newlyweds drinking mead, a fermented honey beverage, until the first new moon of their marriage. Well, maybe in that context honey and sex go hand in hand, but modern research has not shown that this longtime aphrodisiac actually works. In fact, one honey sex aid, called Mad Honey, produced in Turkey, contains a toxin that can potentially lead to serious health issues.

Like ginseng, ginkgo biloba is a mainstay in Chinese medicine, used to treat depression and sexual problems. At least one study did back up the claims. That study showed improvement in dysfunction among a group of people, men and women, who were experiencing sexual issues related to antidepressant use. Later studies, however, could not replicate these positive results.

Bottom line: Might work. But one warning flag: use of ginkgo biloba can increase the risk of bleeding. Use it carefully.