America's two-party tyranny must finally be put to an end

As long as our system is dominated by two major factions, real representative democracy will elude us 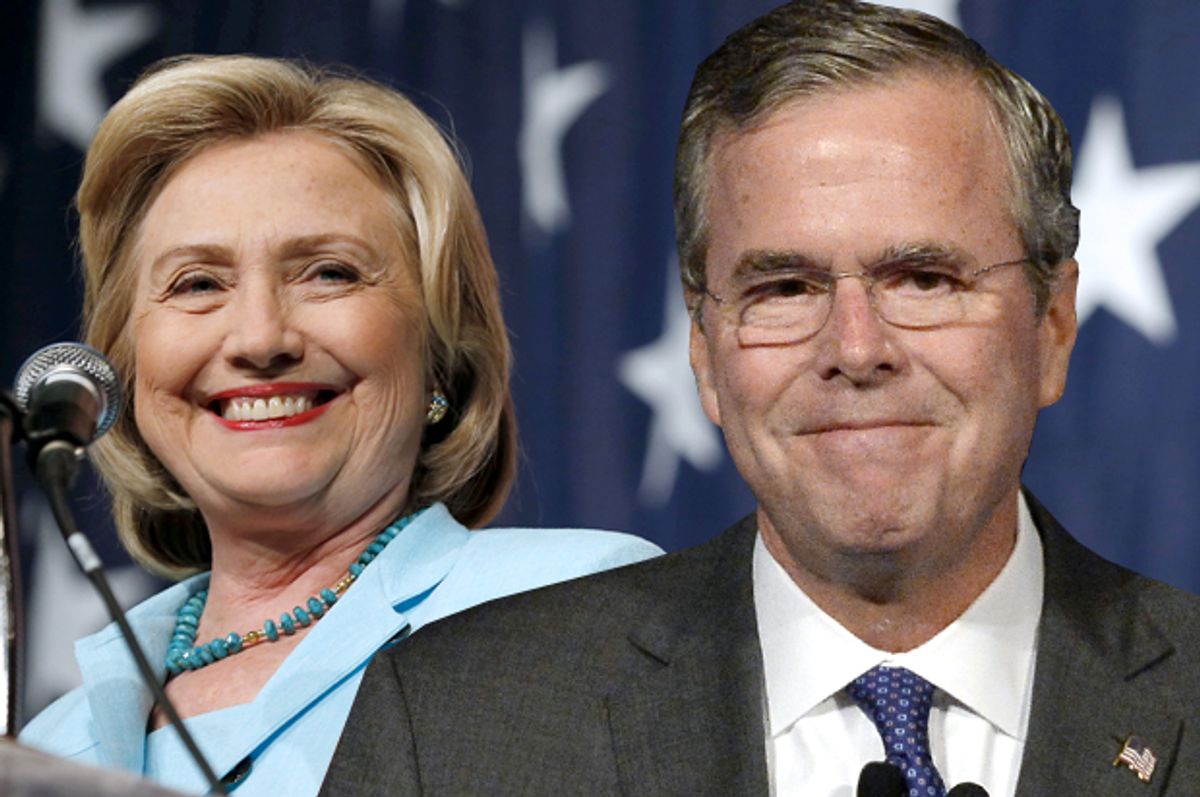 Last September, Gallup released its latest poll on whether Americans believe third parties are needed in American politics today. In it, 58 percent of responders felt that a third party was indeed necessary, while 35 percent (which was up from 26 the previous year) thought the two parties did an adequate job. When Gallup started taking this poll back in 2004, the results were almost the complete opposite, with 56 percent concluding the two parties were adequate, and only 40 percent advocating the need for third parties.

Since that poll was taken about a year ago, some rather unexpected things have happened. The two individuals garnering the most enthusiasm in the Democratic and Republican primaries, Sen. Bernie Sanders and Donald Trump, are both third-party types who are not afraid to speak out against their own partisan establishments. (Sanders, for one, is technically an Independent.) For a long time there has been a deep-seated discontent with the two-party system, and waves of populism have been building on both sides of the political spectrum. But I don’t think anyone could have predicted that Sanders would be packing stadiums across the country, attracting crowds nearly six times as large as Hillary Clinton's largest gathering.

So what does this mean? Are American citizens finally waking up to the disastrous two-party system that has plagued American democracy for over two centuries, or are people hoping to reform their own parties? For the time being, the latter seems to be the preference, especially because of the risk that comes with running as a third party candidate in national elections (i.e., the spoiler effect). Sanders has already said that he will support whoever gets the Democratic nod, while Trump has said he will do the same if he is treated fairly" (whatever that means).

However, if the party establishments prove to be too strong (as they very well may), there is a good chance that populists of both progressive and reactionary persuasions will increasingly demand and support third parties. This would likely be equivalent to shooting themselves in the foot, as our electoral system makes it more or less impossible for third parties to gain any real political ground on the national scale.

Which brings us to why, after over two centuries of two-party tyranny, Americans may finally be ready to produce enough pressure for electoral reform (especially if it is coming from both the left and right).

Sanders and other Democrats, including Hillary Clinton and President Obama, have been vocal about the Citizens United ruling, and how it must be overturned to save American democracy. But this is not the only thing that must be done. To save American democracy -- indeed, to establish real democracy -- there must be a comprehensive reform of the entire electoral system. This includes the elimination of the Electoral College, the formation of a instant-runoff voting system for executive and legislative elections, the full restoration of the Voting Rights Act, and the development of fair representation in Congress.

This admittedly seems like a whole lot of reform, but if Americans are serious about democracy, this reform is necessary. It must be recalled that the framers of the American government were not particularly fond of democracy, and designed the electoral system to favor a ruling class. In fact, most of the founders feared democracy and assumed it would result in chaos, or “confusion of the multitude,” as James Madison put it. The preference was for a Republic run by certain elites who fairly (and benevolently) represented the interests of the country and its people. In the Federalist Papers, Madison writes on how to achieve a balancing act between the chaos of democracy and the tyranny of oligarchy (Federalist 10):

Now, two and a half centuries ago, the masses were overwhelmingly uneducated, and it was perhaps best to avoid widespread democracy to stabilize the young country. Furthermore, the very idea of democracy was new, and the electoral system was innovative for its time.

Not until later in the 19th century would instant-runoff voting systems be developed, allowing voters to list their preferred candidates in order. This system ensures that voters who support one candidate do not unwittingly end up helping their least preferred candidate by their vote. For example, if Sanders (or Trump) ran for a third party, one could vote for him, and list his or her next preferred candidate for the Democratic (or Republican) nomination to avoid losing his or her vote if Sanders is eliminated -- essentially doing away with the spoiler effect and making way for third parties.

As the writings of Madison and other founding fathers (especially Hamilton) show, a certain group of benevolent and patriotic elitists were expected to run the country for the people (and, of course, their own landowning interests). Certainly none of the framers, as astute as some were, could have predicted today's society, where multinational corporations and billionaires can spend unlimited funds buying both Democrats and Republicans. While they envisioned a Republic of intellectual elitists, the American government has quickly become a Republic of corporate elitists. The only way to change this is to reform the electoral system.

Everyone knows that George Washington and John Adams warned of the two-party system as the Federalist and Democratic-Republican parties were forming. The thing is, the winner-takes-all system that they designed helped to create the two giant parties. Defeating the stranglehold that corporate influences have on both parties would require many things. Eliminating private money from elections and moving toward the public financing of campaigns would be a start. Embracing an instant-runoff system for national elections would help to eliminate the two-party dominance and let grass-roots third parties compete.

Furthermore, creating a “proportional representation” system should also be advocated for those who truly want to see a fair and honest democracy. Currently, legislatures in the Congress generally represent the most dominant groups of voters in a state, instead of representing them proportionality. Gerrymandering further diminishes the powers of political minority groups by redrawing district lines to favor one party over another. With a proportional representation system, if state citizens voted 40 percent for Republicans, 50 percent for Democrats, and 10 percent for the Green Party, these percentages would be fairly represented in the house, instead of giving the great majority of seats to Democrats. FairVote advocates breaking up states into fewer districts, with multiple candidates in each district. If close to a quarter of the people vote Republican and around three-quarters vote Democrat, for example, three Democrats and one Republican will represent that district (this would obviously vary with states and populations). This eliminates gerrymandering and creates a system where every voter actually has someone who they support representing them.

The 2014 and 2012 elections reveal how skewed and unfair our voting system really is. In 2014, Republicans won 52 percent of the House votes, but gained 57 percent of the seats, while in 2012, they won 48 percent of the vote, but won a majority of the seats. According to a FairVote projection -- which is historically very accurate -- in 2016, Democrats will need to win 10 million more votes than Republicans to win a majority of the 218 seats. (The undemocratic nature of the Senate is an entirely different can of worms).

These are all major problems that show how very undemocratic the United States of America really is. Not only has our electoral system created a two-party tyranny, but even when voting for your severely restricted choice of Democrat or Republican, there is a good chance that it simply won’t count. Around two centuries ago, Thomas Jefferson wrote:

“I hope we shall crush… in its birth the aristocracy of our moneyed corporations, which dare already to challenge our government to a trial of strength and bid defiance to the laws of our country.”

His nightmare has come true, and it seems the only way to defeat the corporate aristocracy that has cursed our state is to form a true democracy that represents every voter, especially political minorities and those on the left or right (as opposed to the two-party center). The United States has become a Corporate Republic after two centuries of winner-takes-all politics. It's time to give democracy a chance.