Being Blunt: When the News Becomes the News: A Playbook for Recovering 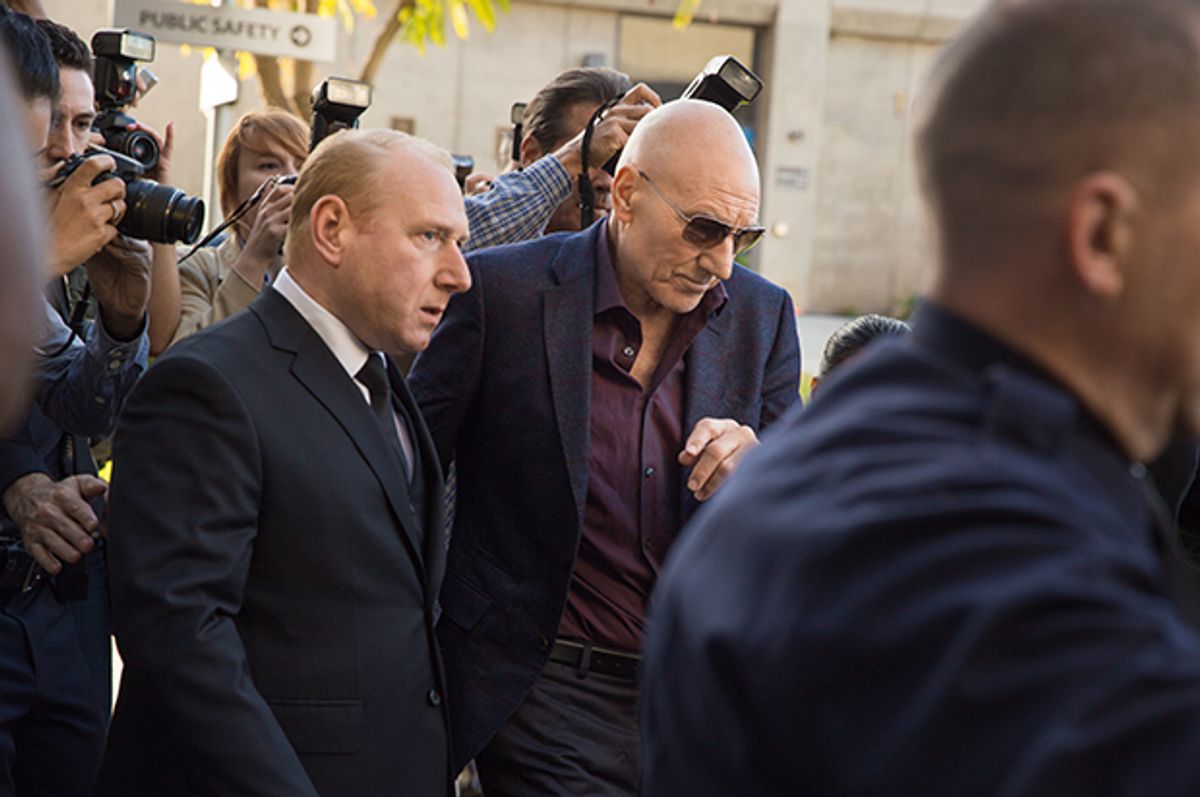 Journalists aren’t the people they used to be.

With greater frequency they are the focus of reporting as much as they are doing the reporting.

“It’s a disturbing trend,” says John Goodman, a former publicist for ABC’s World News Tonight and current owner of John Goodman Public Relations based in New York. “News reporters and anchors are supposed to present the news, not become it.”
In February, NBC suspended anchor Brian Williams for claiming falsely that he had been in a helicopter that had been fired on during a 2003 Iraq assignment. CBS’ 60 Minutes correspondent Lara Logan took a leave of absence for filing an erroneous report on the attack on an American diplomatic mission in Benghazi, Libya. ESPN and Colin Cowherd parted ways after the blowhard radio personality made disparaging remarks about Dominican baseball players.

The Starz Network comedy Blunt Talk amps up the theme of famed journalist as flawed individuals – albeit more for off-screen than on-camera misjudgments. Patrick Stewart plays Walter Blunt, an opinionated news show host who snorts cocaine and gets caught drunk driving when he’s not driving ratings. Blunt’s loyal team, including network producers and his trusty manservant Harry, rally around him with an absurdist sense of mission, defending, readying and even spooning the human wrecking ball.

Blunt’s antics may make audiences alternatively laugh or cringe, but as is the case with all skillful humor, the show touches a broad nerve – in this case about celebrity-driven culture. What is an organization willing to do to keep a star, ahem, high in the media sky?

Williams and Logan have returned. Cowherd was just hired by ESPN rival Fox Sports to weigh in on stories much as he’d done before. The media celebrities’ ranks are filled with other comeback stories.

But what does this entail? Experts say redemption requires an acknowledgement of past sins but ability to move beyond them. It means employing the right resources and patience, both by company and star. Perhaps most of all it means the ability to smile at a situation, to smile at oneself. Consider Goodman’s steps below as a healing remedy from all manner of misbehavior.

Look Into It
If you’re star makes headlines for the wrong reason, don’t be passive. Create your own Investigation. NBC examined how and why Williams made the false statements. That should be policy in every crisis situation, Goodman says. But such investigations have to exhibit a willingness to address uncomfortable truths.
Williams showed a tendency to paint the truth.

“There isn’t a boilerplate way to handle a crisis,” he says. “You have to understand the full breadth of the problem before you can address a solution.”

Be Honest, Say You’re Sorry
If there was wrongdoing, admit it, and don’t be shy about offering it publicly,Goodman says.

“The worst thing you can do is sit quietly,” he says. “You have to be upfront about the problem.”

However, ensure your mea culpas are genuine. When Williams apologized, he seemed less than contrite. Statements like, “I made a mistake in recalling the events 12 years ago,” made it seem as though he was making light of the situation.

Explain What You’ll Do
How will you keep this mistake from repeating? When crisis hits, you have to reassure the public that this kind of issue won’t happen again. Explain what changes you plan to make, including punishment.

Williams was suspended and then demoted to MSNBC breaking news anchor, a supporting role. He is no longer the face of the NBC evening news program.

Prepare For Fallout
From lost ratings to public backlash, be ready to address unpleasant consequences for months – or more. NBC has remained a centerpiece of discussion about deteriorating standards in network journalism. The once widely respected Williams continues to be a late night comedy show punch-line.

Rebuild Your Reputation
With the scandal in the rear view mirror, it’s time to look ahead. “Williams will need to get up every morning and make a commitment to be honest in every detail of every story he tells from this point forward,” Goodman says.

If a scandal-stricken celebrity can “keep their nose clean” they may earn forgiveness and rebuild their reputation, Goodman says.

Learn From The Scandal
Use the scandal to become a better person. Some media experts that Williams could could become involved in a veterans’ cause. However, you don’t want to turn a kind gesture into a media circus, Goodman says. Parading news crews out to cover Williams helping an injured solider would probably be considered tone
deaf. Giving back is about finding forgiveness, not reclaiming ratings.

Be Patient
Handling a public relations nightmare requires patience. Work through the problem on a daily basis, stay calm, and the situation is likely to improve, Goodman says.

The new STARZ Original Series “Blunt Talk,” created by Jonathan Ames and Executive Produced by Seth McFarlane, stars Patrick Stewart as a British import intent on conquering the world of American cable news. Don’t miss the premiere of the half-hour scripted comedy, Saturday, August 22 at 9P only on STARZ