I bought nothing new for 200 days

When I had to get rid of all my father's things after he died, it struck me: There's enough stuff out there 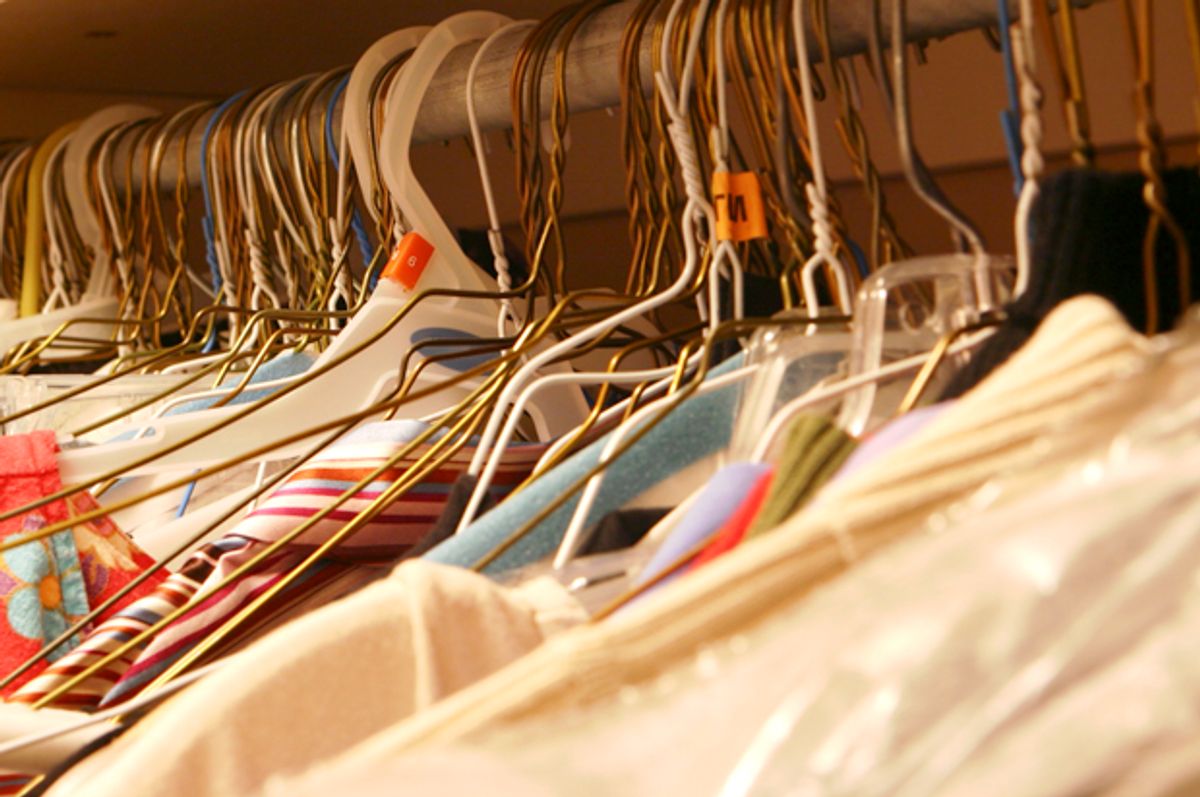 The story of my 200-day Buy-Nothing-New challenge doesn’t start with an object or a possession. It starts with my dad, many months ago.

My father had been living with me as he went through chemotherapy treatments. He was fighting a melanoma which had spread. It was a stressful time, but it was bittersweet. Thinking of these times quickly brings tears of simultaneous sadness and gratitude to my eyes.

After months, my father was declared palliative and passed away less than a month later.

I’d never experienced the loss of someone I truly loved. Everything I’d heard about death and dying suddenly became a real and tangible experience. Like the sense of losing a piece of yourself. The despair at being helpless. Having people all around you but feeling so very lonely.

After my father passed away, I started the process of picking up the pieces. Paperwork was filled and filed, ceremonies held. Then we had to empty out his old apartment. The month we spent cleaning out his old apartment shocked us all. There was just so much stuff. Bags of clothing, random knicknacks, mountains of books, kitchenware, furniture. A lifetime's accumulation of things.

It was cruelly ironic.

My dad invested countless hours, loads of money and energy into acquiring, transporting, moving and maintaining these possessions. Now, after his death, we were struggling to make away with it all. As the move-out day came closer, we even started panicking. How could we ever find a way to dispose of all of this stuff?

But we did. Even the purchases my father had been so proud of were sold, given away, donated, recycled or thrown away. We kept a tiny fraction of usable items (many of which soon disappeared as well).

So many resources, human and environmental, went into these possessions. All for what? Most simply went to waste. It struck me that people were undergoing this same experience all over the world. I became convinced that the consumerism I was brought up with was deeply shortsighted and harmful. It was a system that didn’t acknowledge anything except for an individual’s short-term needs. There is no wider context. It’s just you, the stuff and your desire to buy said stuff.

The environment gets screwed. Your wallet gets screwed. And then everyone gets screwed when you die and everything has to be thrown away, much of it ending up in landfills or in our oceans.

It’s unfair that we had to live that way, so I decided I was going to try something different. There was so much stuff already out there. I thought, I can probably get by without getting any new stuff, right? At least for 200 days, I thought. A nice, solid number.

The stuff we donated to thrift stores alone could nearly fully furnish someone’s entire apartment and wardrobe. I figured I could at least make my purchases from preowned sources.

For 200 days, I didn’t buy anything new except for food, basic toiletries and medicine. Everything else would be borrowed or bought secondhand. I made a conscious effort to downgrade what I already owned. I targeted to minimize the legacy of trash and unusable materials I left behind. I explored alternative, zero-waste methods of clothing myself, such as shopping via classifieds, thrift stores and exchanging clothing via clothing swaps. I expanded my knowledge of homemade and minimalistic cleaning methods.

I was surprised to find that many of the things I needed could be found at my local thrift store or on Craigslist/Kijiji, often almost brand-new or literally brand-new. Things like toothbrush holders and wedding cards could be found in a pristine state at thrift stores.

I used classifieds extensively to find goods I couldn’t find in thrift stores. I snatched up a branded down-filled jacket, some ticket raffles and even like-new furniture via secondhand classifieds.

I got rid of a lot of stuff that was weighing me down, like extra clothing, extra kitchenware, extra photos. I donated my wedding dress. I documented everything in a blog to share with my friends and family. Most of all, I learned to live with less.

The truth is, you can’t source everything pre-owned. Some things you simply must buy new. And that’s okay.

I learned that it was okay if my underwear got scruffy, or if I didn’t grab up that face cream that I really, really wanted. It’s okay to use less shampoo and conditioner to make it stretch. It’s okay to go without something, even if you think you need it. The truth is, you probably don’t.

Most material possessions are just nice-to-haves. They add a spark of happiness in your life. But the spark fades quickly, and unless you have a constant and solid foundation of emotional wellness, you need to ignite these sparks continuously by buying more and more.

Do Your Own 200-Day Challenge

Maybe it won’t be for 200 days. Maybe just for 30 days. Even a week. No matter the length of time, I promise that you will learn to live more sustainably, save a lot of cash and tidy up your over-filled apartment. But that’s all secondary to discovering that you do not need stuff to be happy. Everyone says it, but you won’t really understand the truth of it all until you jump in and have that experience.

When I look around and speak to people, I see the common sentiment that there isn’t enough. You need more. More education. More money. More clothes. More gadgets. More, more, more.

As we are starting to see clearly, we are hitting the limits of the planet’s ability to provide more. This used to make me panic — will I have “enough” for the future in a world where climate change has made getting resources so hard? But there is never enough when you always need more.

So, set a date to start taking a break from needing more. You might very well find that you have quite enough. I know I did.

Assya Barrette is an engineer and sustainability blogger at GreenHighFive. Sign up for her free email course on how to do your own buy-nothing-new challenge.