"Donald Trump was right, all these illegals need to be deported," one attacker alleged after his arrest 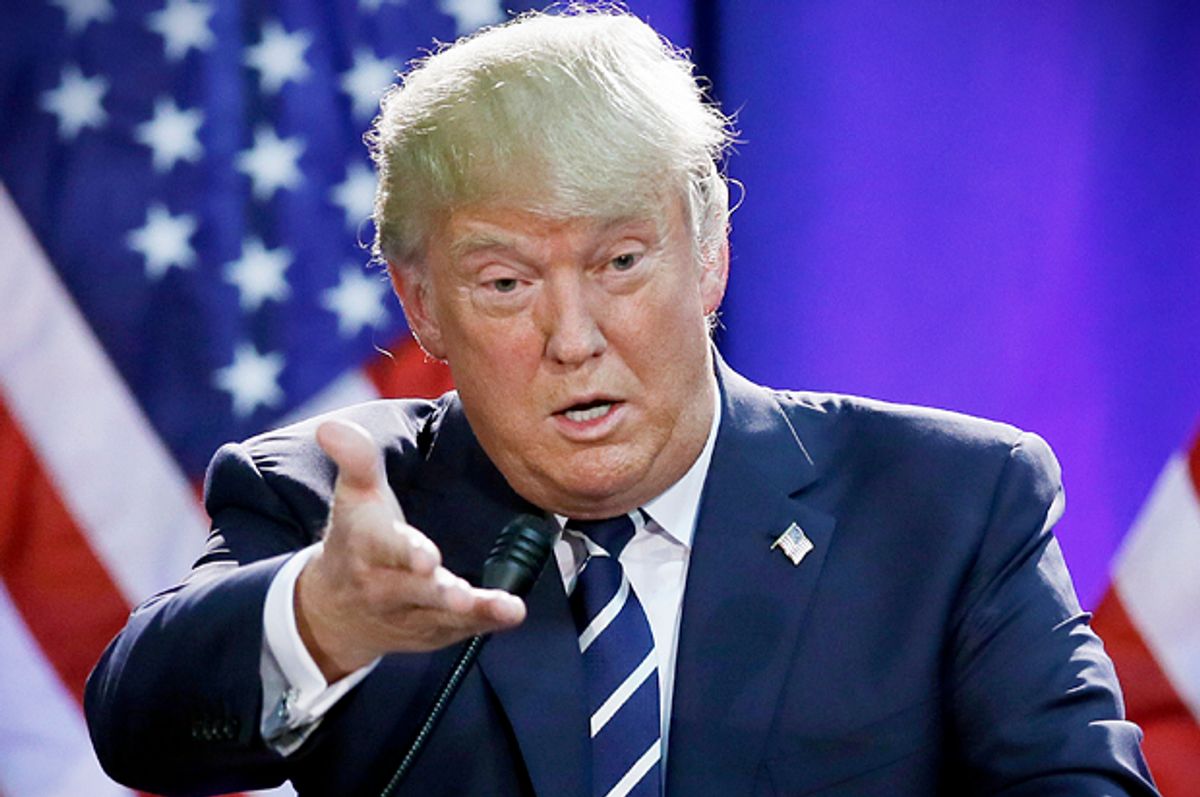 Two Boston men have been charged with assault after attacking a sleeping homeless Hispanic man and telling police that "Donald Trump was right, all these illegals need to be deported."

The Boston Globe reports that brothers, Scott and Steve Leader of South Boston, cited the leading the Republican presidential candidate after they were arrested and charged on multiple assault charges, indecent exposure, and malicious destruction of property:

The Leader brothers were heading home after a Red Sox game when they approached a 58-year-old homeless man who was in a sleeping bag near the JFK/UMass T station. The brothers allegedly urinated on the man, punched him multiple times, and struck him with a metal pole.

The victim suffered a broken nose and bruises to his head and torso was taken to Boston Medical Center.

According to the police report filed in court, “Scott also stated Donald Trump was right, all these illegals need to be deported” and complained that he was only being arrested "because white people always are and never the minorities.”

The brothers, 38 and 30, have both pled not guilty. This week, Trump released his highly anticipated anti-immigration plan after kicking off his presidential campaign with charges that Mexican immigrants are "criminals" and "rapists." Trump's plan called for the deportation of all undocumented immigrants, the building of a massive wall along the U.S.-Mexico border and the revocation of birthright citizenship for the children of undocumented immigrants born in the U.S.