Donald Trump is a bombastic disaster: A video guide to his 14 most ludicrous campaign moments

Watch 14 of Trump's most ridiculous digs 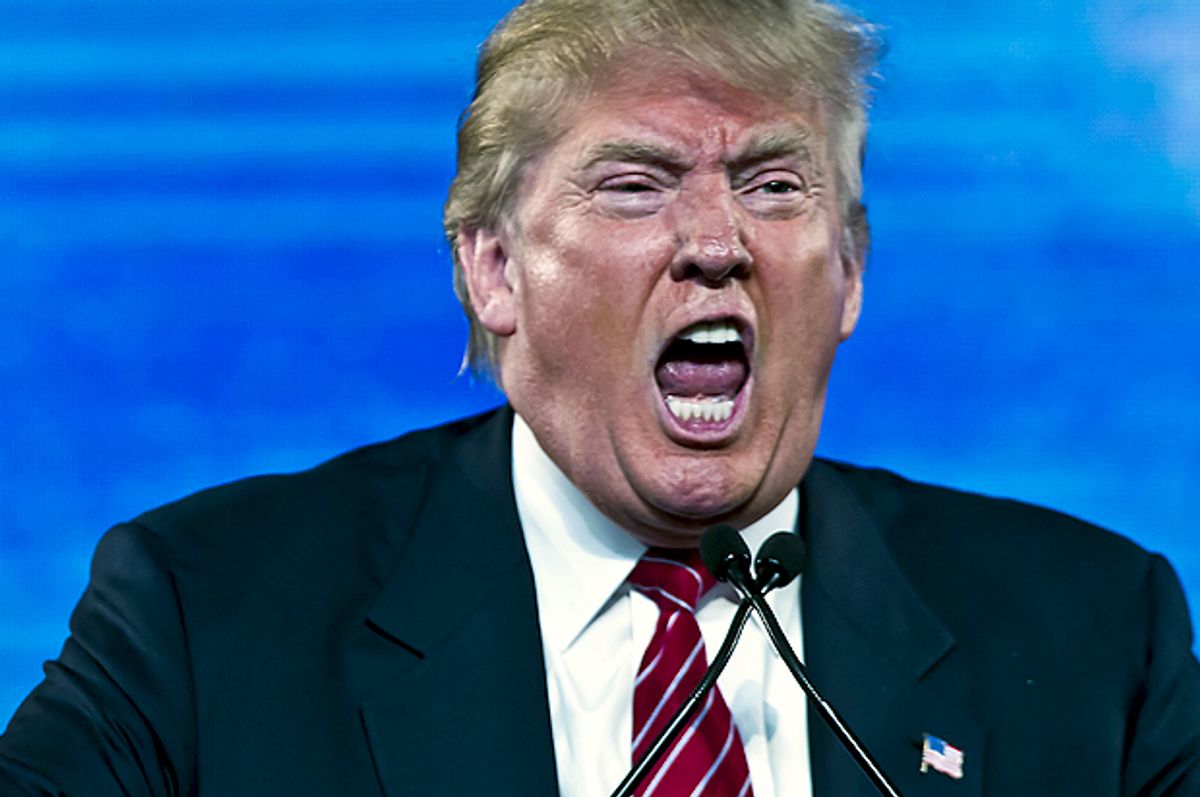 Donald Trump's insults are out of control.

The Republican frontrunner's disses ranged from absurd (when talking about John McCain he said, “He’s a war hero because he was captured. I like people that weren’t captured.”) to egregious (after Fox News host Megyn Kelly called him out for making sexist comments he said, “There was blood coming out of her eyes, blood coming out of her wherever.”)

But some of his insults are simply laughable. Salon made a supercut of some of Trump's most ridiculous disses.