There's an all-out melee in conservative media, and it's absolutely delightful to watch 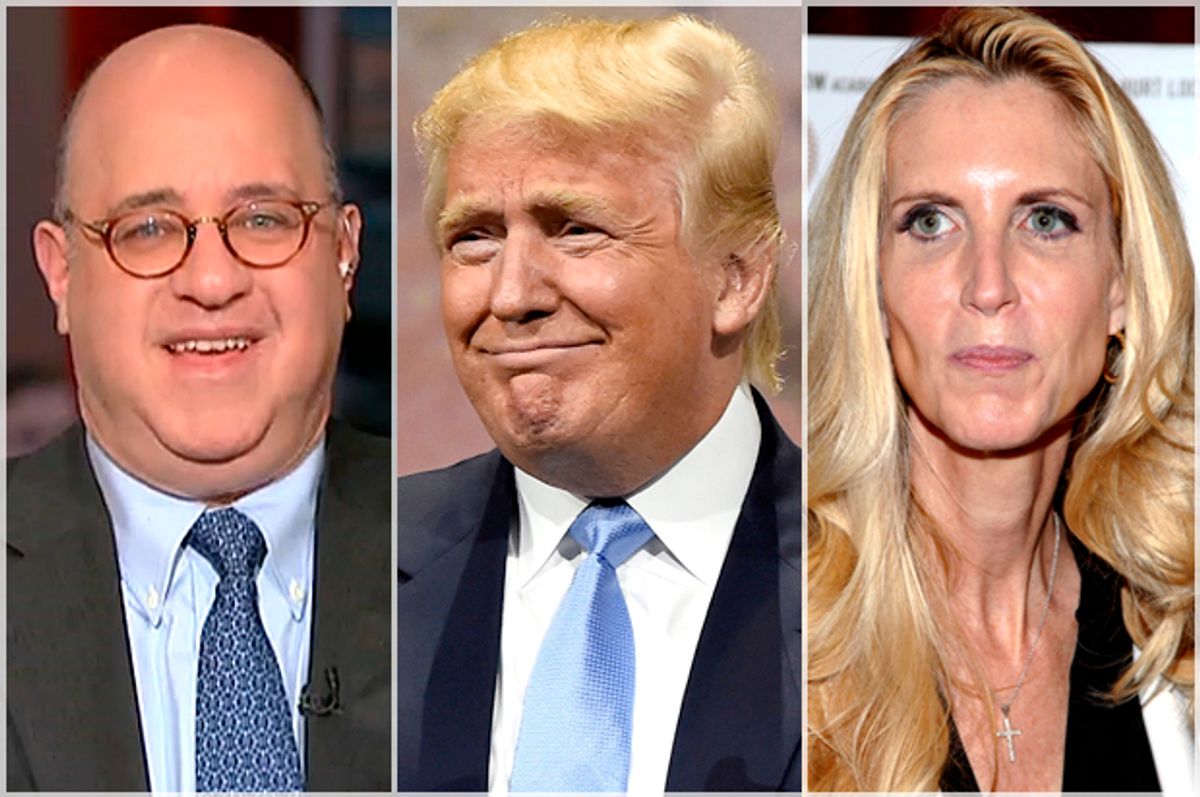 While you all presumably have been having "fun" living your "fun" lives, I have been reading conservative media Twitter tear itself apart and man, it is GREAT. Want me to fill you in? No? OK, here's how it's going down.

The problem is ugh, that guy, Donald Trump. Most prominent conservative commentators who are interested in a Republican winning the presidential election are not pleased with Donald Trump -- probably because he's a jackass who's making the Republican Party "look" terrible and, ha ha, he's never going away. But then there are some conservative commentators, reporters and outlets that absolutely love Donald Trump, because he continues to give them either access or perhaps even direct cash infusions.

Basically, Breitbart.com, which gets tons of readers, supports Donald Trump and everyone hates them for it.

Commentary's John Podhoretz picked up on this month-old news item this week and offered the following criticism:

Breitbart editor John Nolte then made a joke at Podhoretz about how he only has a job because his father gave him a magazine to run, a classic and true joke about John Podhoretz.

Among the other targets Breitbart has taken on is Rick Wilson, a GOP strategist who may or may not have clients but definitely gets quoted in a lot of political stories and appears on cable news all the time. Wilson has been using these free platforms to voice his dislike for what Trump's done to the Republican Party, i.e., entering the race for its presidential nomination and then earning a lot of support from Republican voters. When Wilson went on television calling Trump's supporters "low-information" voters -- the political world's great euphemism for stupid people -- Breitbart called him out in a piece.

Thus began an exchange about which side's stupid "low-information" fan sends the most barbarous email threats, with Ann Coulter and Erick Erickson getting in the mix.

And so on and so forth.

Each side has a point: the other's fans are all a bunch of violent, perverted morons.

OK, but more points. Wilson, Podhoretz and the like are correct that the Republican Party and its 2016 chances are not, not served well by Donald Trump, and that point should be spoken loudly and clearly as much as possible. Breitbart, Coulter et al. are also correct (ugh), though, that millions and millions of Republican voters like Donald Trump for his Buchanan-esque views on immigration and trade, and prominent Republican operatives and commentators are only going to reinforce that bond when they call such voters "low-information."

How can they reconcile these competing arguments? Ha ha, I have no idea and it's not my problem.