"History has its place," former D.C. Det. Willard said, but L.A. Riots have no place in film about L.A. rappers 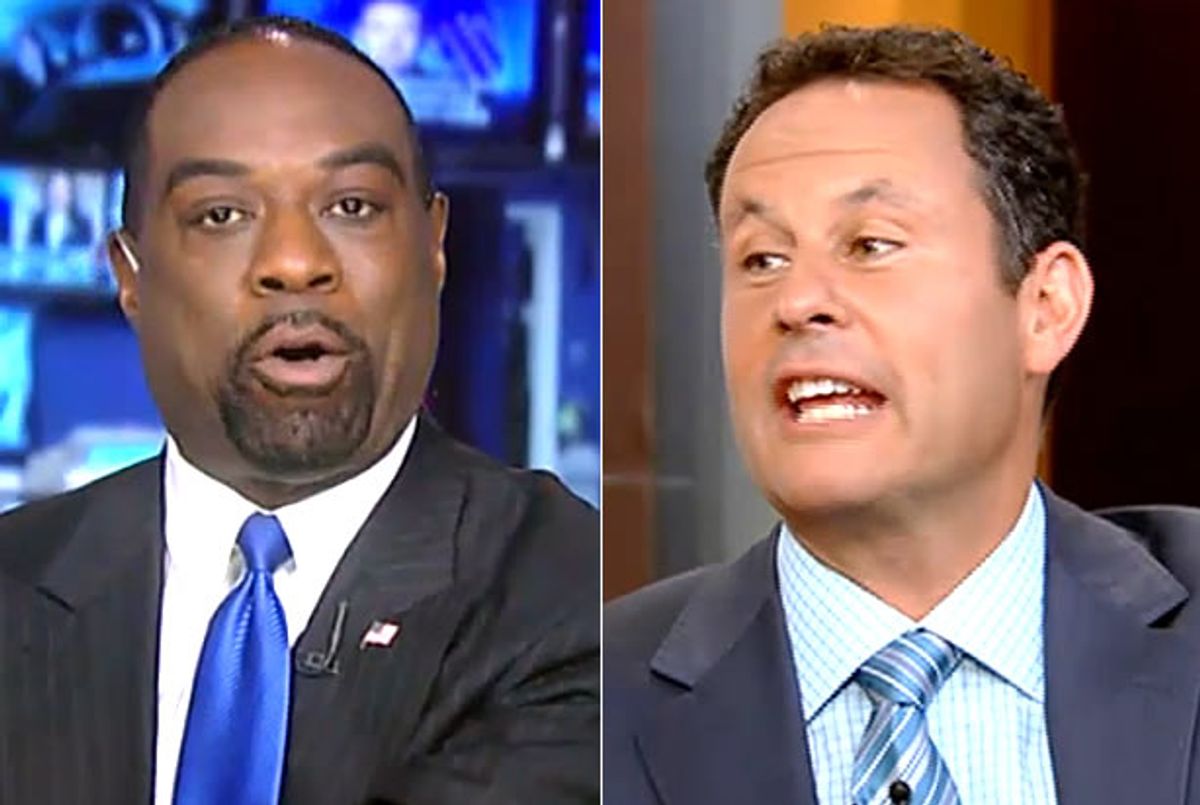 "Rod, you actually saw the movie," Kilmeade began, suggesting that neither he nor his co-host had. "You don't like the way law enforcement was depicted?"

"That's right," he said, adding that he saw the film with his 19-year-old nephew, "who wasn't even alive when [the events depicted in it] were happening." Willard noted that the film sent "two different messages," the first about how difficult it was to become a prominent rapper in the late '80s and early '90s -- a message he could appreciate. The second message, however, was "that all cops, not some cops or one cops, but all cops are bad, and all cops approach black people with one intent -- to beat them up and arrest them."

"That wasn't true then, and it isn't true now," he continued, and it only serves to "fan the flames of tension between police departments and the black community."

Doocy noted that "the film is supposed to be biographical, or a dramatic interpretation of N.W.A. and other groups, but then they had the Rodney King thing in there, and you felt that just inflamed people."

"It wasn't necessary!" Willard replied. "During the movie, I thought to myself, 'Why do they keep showing the Rodney King beating?' We all agree that was a horrible situation, that was a moment in time, and sure, it's history, and history has its place."

"Then why did they use that?" Kilmeade and Doocy asked simultaneously.

"I'll tell you why," he said, "and this is just my opinion, but I think there's people, especially out on the West Coast, that want to keep this flame going, keep this tension between the black community and the police community."

Kilmeade, in a rare moment of clarity, replied that "I can see that, but I was out there shortly after [the Los Angeles riots], and there was definitely tension between the police and the inner city."

For what is likely the only time in recorded history, N.W.A.'s M.C. Ren would likely agree with the "Fox & Friends" host, who told The New York Times' Sheila Rule in May of 1992 that anyone who listened to his group's albums would understand why the riots happened. "People listen to our music and realize what we talking about is right outside their front door or around the corner."

"Stuff we say on records we been saying since 1987 and 1988, telling about police brutality, but nobody wanted to listen," he continued. "If the riots hadn't jumped off, that would have let people know it's all right to destroy black males. Everybody looks at black people different now; they look at it like black people are no joke. When the riots jumped off, an old white lady said, 'You got to tell them to stop.' I said I can't tell them to stop. They are mad."