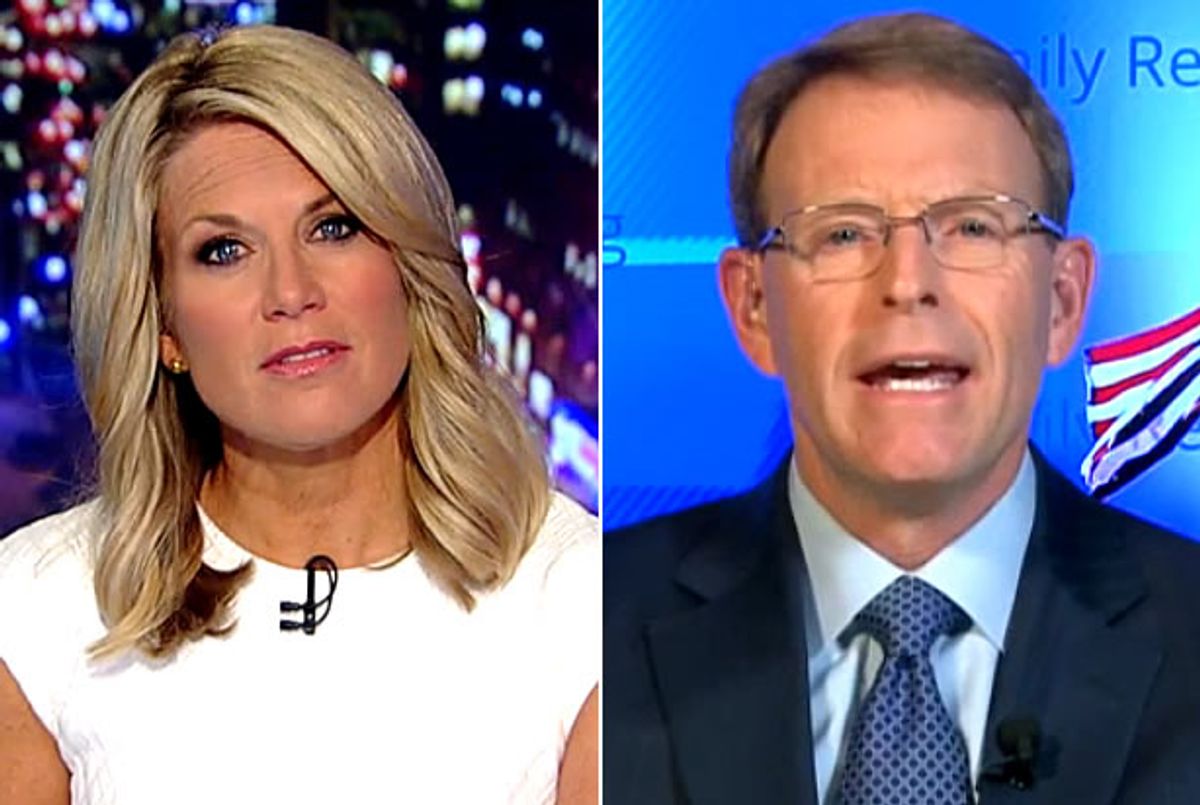 On "The Kelly File" Tuesday evening, guest host Martha MacCallum spoke to Family Research Council President Tony Perkins about the state of Tennessee's decision to replace "Mother" and "Father" on birth certificates with "Parent 1" and "Parent 2."

Much like a segment on "Fox & Friends" last week in which the hosts feigned politically convenient confusion in the wake of Target's decision to use gender neutral labeling on some of its aisles -- "If you go buy a gift for a boy who is nine or six or a girl who is nine or six, you want to be able to go to that section and pick out a toy they might want," Steve Doocy said, but "now you have to sit there and look at a blended area and wonder, ‘Is this for a boy or a girl?'" -- MacCallum and Perkins played the "implications" of Tennessee's decision right out to their bitter reductio.

"This is politically correct absurdity," Perkins said. "Where does this all lead?"

"That's going to be interesting," Perkins said. "Do you draw lots? Do you have a baby toss? Do you arm wrestle?"

"What's interesting, Martha, is that it used to be kids who played make-believe, now it's the progressives and bureaucrats making like gender doesn't matter in the creation and raising of children," Perkins explained. "This is a document that matters -- a birth certificate -- and where does this lead if you no longer have a 'mom' and a 'dad'?"

MacCallum, however, suddenly turned serious, asking "What do you do for the two million children who have LGBTQ parents, for the four percent of adopted children being raised by gay and lesbians parents?"

Perkins seemed taken aback, clearly struggling to do some basic arithmetic. "What do you do for the -- for the -- for the majority of Americans. Look, everyone has a mom and a dad, that's basic biology. But here what you have is redefining parenthood for a small percentage of the population that wants to be accommodated."

"There are ramifications for this," he said, sliding right down that slippery slope. "It'll bleed over into education, it'll bleed over into every other aspect of life. It's a denial of nature, and what I find ironic is that the very ones who are so deferential to nature when it comes to the environment are so contemptuous when it comes to nature and human sexuality."