Rachel Maddow blasts Obama over Arctic drilling: "The most ill-timed and awkward thing he's done in a long time" 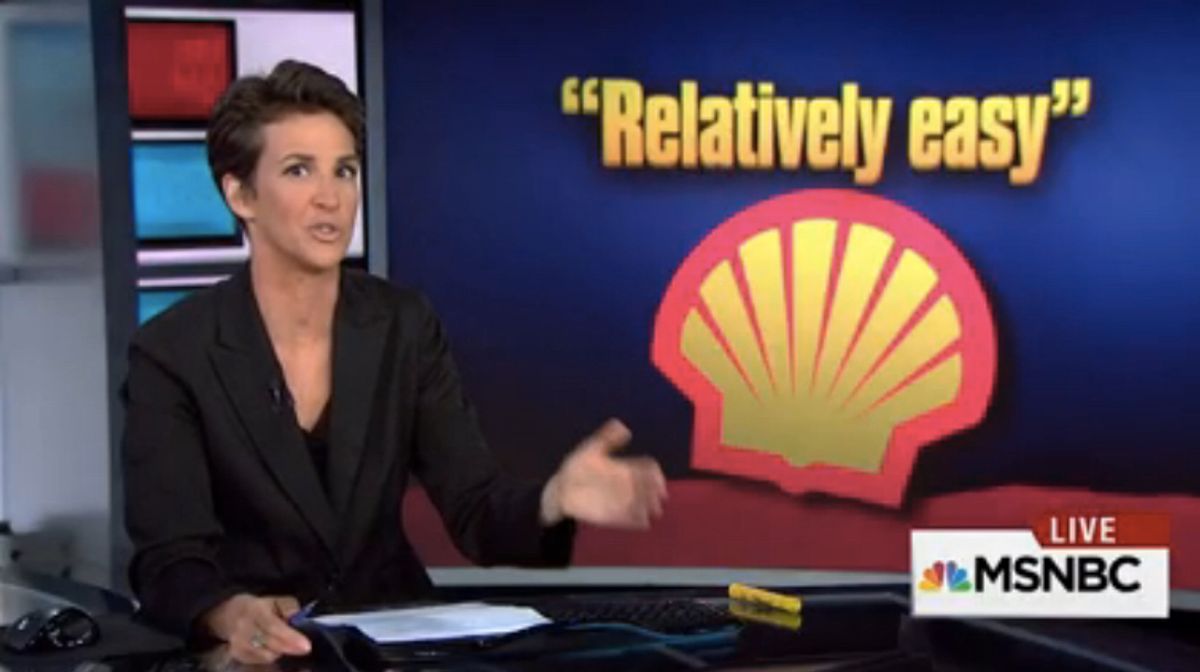 Shell Oil received final approval to begin offshore drilling in the Arctic this week, and on last night's edition of MSNBC's "The Rachel Maddow Show," Maddow explored the variety of awkward political situations the controversial decision has caused.

CLINTON: I think the very grave difficulties that Shell encountered the last time they tried to do that should be a red flag for anybody. I have been to the Arctic, I have been to Barrow, our most northernmost outpost in the United States and I think we should not risk the potential catastrophes that could come about from accidents in looking for more oil in a pristine -- one of the few remaining pristine regions of the world.

Maddow called Jeb Bush's attack on Clinton's opposition to the drilling "awkward," because it aligns her Republican rivals more closely with President Obama:

But the entire Arctic drilling fiasco is awkward. Noting that Obama is due to go to Alaska to talk about climate change a week after final approval of Shell's second attempt at Arctic drilling (their first was a colossal disaster), Maddow concedes that the entire ordeal "is either the most ill-timed and awkward thing he has done in a long time, or some sort of magical 3D chess and we won't understand it until he does it":

MADDOW: Given complaints like that, was it a surprise that the Obama administration said, go ahead? I mean, they've been expressing concerns about climate change all along but they have -- it seems like they've been enthusiastic about this work going forward.

DOKOUPIL: Somebody in the Obama White House must have been very disappointed to see the way that the calendar was colliding here because Obama earlier this month, big climate change speech, strongest action any administration has ever taken and then somebody must have whispered in his ear and like, "By the way, that Arctic thing, you're going to have to approve it," and it's one week before you go to Alaska and make your pitch.

Watch the entire segment, via MSNBC: