Seth Meyers explains what everybody needs to admit about Donald Trump 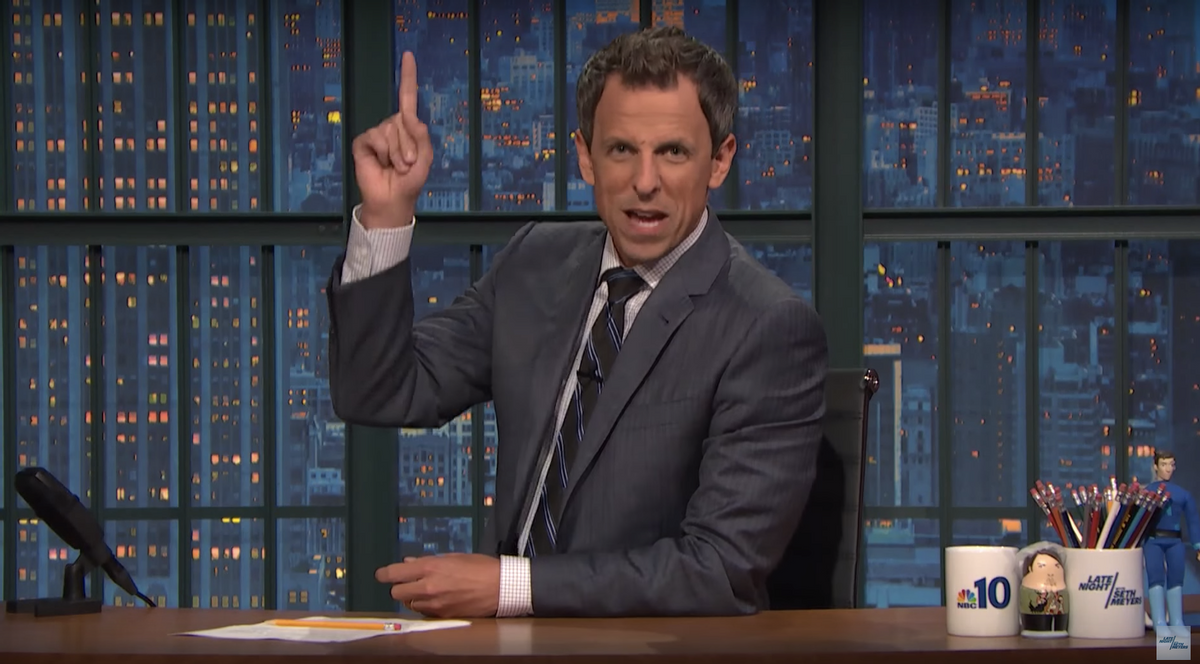 For terrified Americans watching Donald Trump lead the polls, Seth Meyers has some words of consolation: "People are not actually going to vote for Trump."

"A lot of people answer their phones, and they're like 'who are you going to vote for for president?'" he continued. "People are just angry in general. They're just angry at politics, as usual. They say 'I'm gonna vote for Donald Trump' and then hang up. That counts in the polls."

Meyers compared this phenomenon to getting plastered at a bar and telling all your friends "I'm going to quit my job!!!!!!" Next day at work, it's like nothing ever happened.