The astronomical cost of California's drought: $2.74 billion in 2015 alone

Crop loss and groundpumping cost Big Ag dearly, but most of the impacts to the industry are still to come 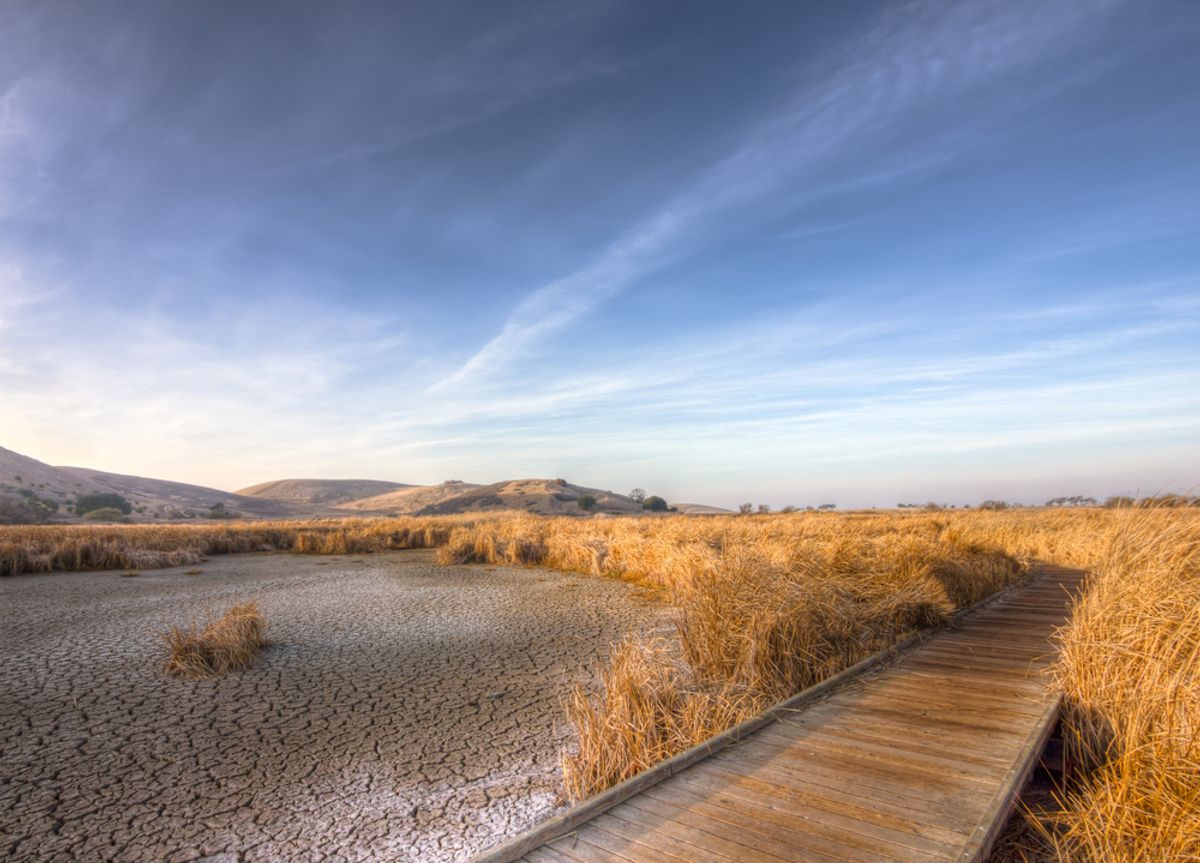 California's ongoing, historic drought is costing the agriculture sector dearly: $1.84 billion in 2015 alone, according to a new analysis from researchers at U.C. Davis. Over 10,000 seasonal jobs were lost, and the researchers estimate that the total impact on the state's economy is around $2.74 billion.

Counterintuitively, however, the agriculture industry isn't feeling the strain -- yet. Farmers have been "gaming the drought" by, for example, growing high-value crops like pistachios and almonds, allowing them to plant less and still profit (they'll have to fallow a total of about 542,000 acres of land this year, 114,000 acres more than in 2014). And they've met the shortfall in surface water -- nearly half the baseline amount -- with enormous amounts of groundwater. They've pumped enough from these underground stores to meet about two-thirds of their needs; or, as KQED contextualizes it, to supply the needs of 30 million Californians. The cost of doing so isn't the biggest factor hitting the sector -- that would be a loss in revenue from crops, dairy and livestock -- but it's no small number either: $590 million, according to the study, will be spent this year to keep the water flowing. And while the strategy is working, for now, the authors say that should the drought continue, this is by no means a solid long-term plan.

"We're getting by remarkably well this year - much better than many had predicted -- but it's not a free lunch," Richard Howitt, the study's lead author, told Reuters.

Overall, the report calculates that the current drought has lead to the overdraft of about 15 million acre-feet of California's groundwater -- an, amount, they say, that's too large to be replaced by current state plans to maintain sustainable groundwater levels.  "Continued drought through 2016 and 2017, assuming 2015 water conditions for both years, shows a slow decline in the water tables, and fallowing increasing by a few thousand acres, reaching nearly 550 thousand acres by 2017," the report warns. "If access to groundwater were to decrease or agriculture were to face additional curtailments for environmental flows, temperature, salinity, or other factors, the impact of drought in 2016 and 2017 would increase substantially."

The trouble, in other words, may have barely begun.