Would you trust the "Star Trek" legend and James Corden with a saw (and your life)? 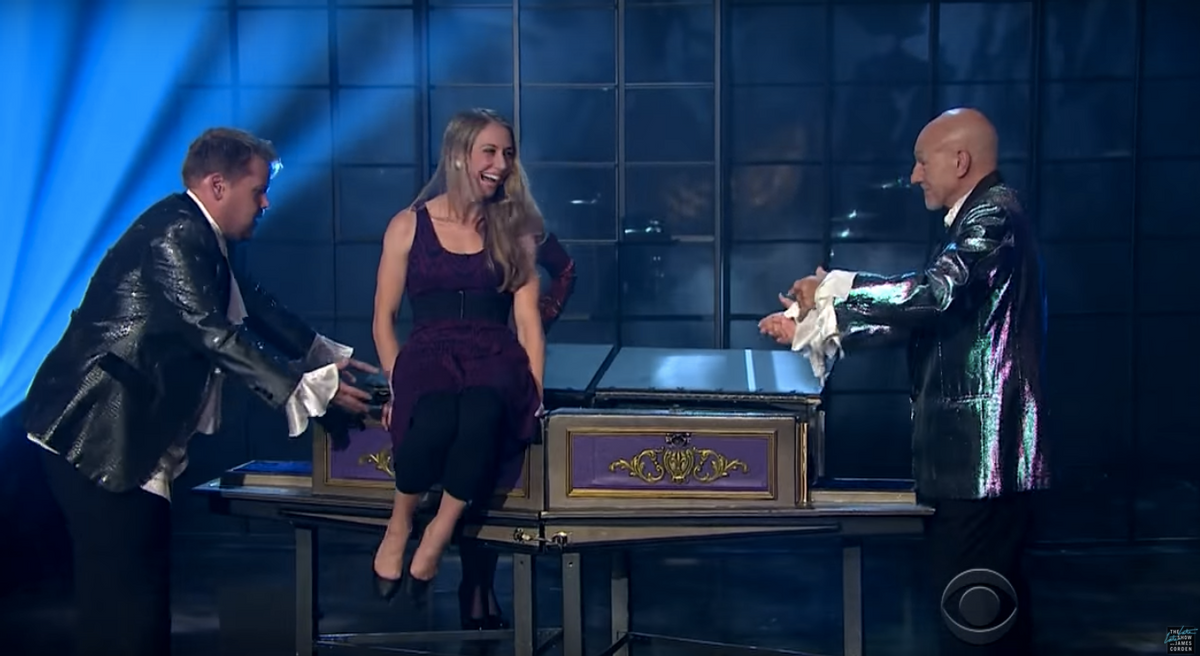 Sir Patrick Stewart stole the "Late Late Show" Tuesday night, performing a magic show called "Cosmagification" (cosmic + magificiation, obviously). He did so with the help of James Corden and one (un?)lucky volunteer who, for whatever reason, felt confident enough allowing her fate to be in the hands of the duo as they "sawed her" in half.