Ezra Klein says Amazon's office workers are too privileged to merit much sympathy. Here's why that's a big mistake 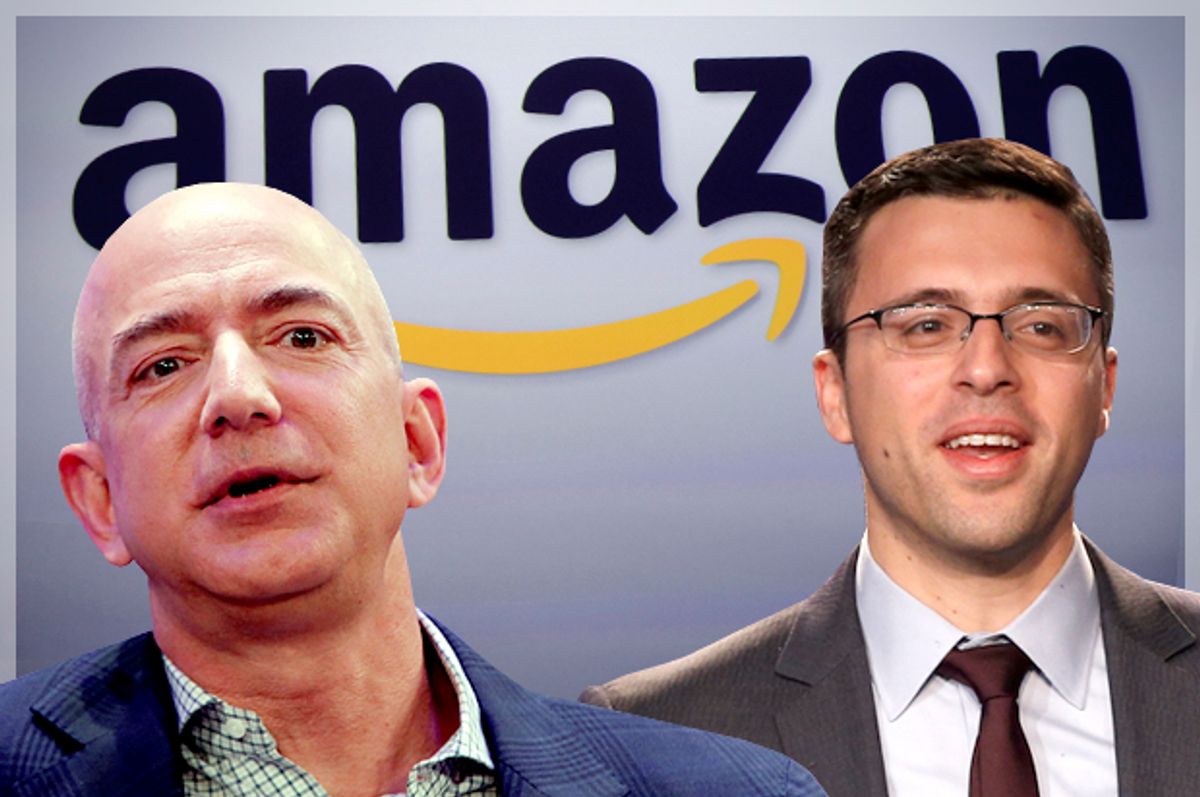 If your lifelong dream is to work for Amazon while simultaneously remaining a distinct and intrinsically valuable human being — and one whose life serves a higher purpose than increasing Amazon founder and CEO Jeff Bezos’ extraordinary wealth and power — then I have some bad news.

It’s not going to happen. Not because there’s anything wrong with you, but because Amazon, according to a much-talked-about weekend New York Times report, is only interested in one kind of employee: The kind who will devote her entire existence to the company and its ill-defined mission. That’s pretty harsh, sure. But as the examples of CrossFit and Scientology have shown us, you can make a lot of money so long as you’re willing to operate like a cult.

I should note, however, that the Times’ report has been accused of painting an overly negative picture of Amazon, and that employees both past and present have said the experience isn’t nearly as oppressive as all those anecdotes of people being threatened with termination for having cancer — or a baby — would lead you to believe. Besides, as one current employee argued, even if working at Amazon isn’t for everyone, that’s OK. Because “[n]ot everyone gets into Harvard, either.”

If that powerful mix of arrogance, self-satisfaction and unquestioning faith in meritocracy were unique to Amazon’s corporate workers, this would be just another tale of Silicon Valley silliness.  It’d still be good journalism, of course. But it wouldn’t be the kind of public event that helps us understand the invisible forces that shape our world. It wouldn’t be the kind of fleeting glimpse behind society’s curtain that helps us place common personal experiences into a larger collective system — one that, if we wanted to, we could break.

What makes the reaction to the Times’ report so revelatory, though, is the sad fact that Amazon’s defenders are not the only ones who think the people toiling in its plush, air-conditioned offices are “the very best of the very best.” On the contrary, it seems that even some of its critics — or at least those who are themselves from the highly educated, affluent classes (a.k.a. “the very best”) —  take these workers’ deservingness for granted. The two sides just disagree about whether folks who keep Amazon “innovating” are getting everything they’re owed.

To be fair, the people I have in mind aren’t exactly playing the role of “Amazon’s critics” so much as they’re playing the role of “critics of Amazon’s critics.” Take a look at two examples from Vox to see what I mean: one from co-founder and editor-in-chief Ezra Klein, and one from Dylan Matthews. Neither piece could be fairly read as a defense of the way Amazon allegedly treats its most well-paid employees. But whether or not they do so intentionally, both also make an argument that ultimately ratifies a system that lets Amazon impose such extraordinary demands on its workforce.

Matthews goes deeper with the same theme. “[A]s bad as those anecdotes are,” Matthews writes, in reference to stories of cancer-stricken or grieving employees (mostly women) being told to shape up, “the piece describes an office that is nonetheless far, far preferable to … its warehouses.” Matthews then notes that Amazon has a history of making its lowest-skilled workers labor in dangerous conditions and at a dehumanizing speed. And he further reminds us that unlike the “very tight” job market for tech workers, the people in Amazon’s warehouses are in no position to quit.

On all these points, Klein and Matthews are right. As Mother Jones’ Mac McClelland wrote about her time in an Amazon warehouse, the work is “inhumane.” And the only reason anyone does it is because they have reached what one of McClelland’s colleagues described as their “last resort.” No one should have to worry that passing out from dehydration will cost them their living. But no one should have to worry that the trauma of cancer will be compounded by unemployment, either. Which section of Amazon’s labor force is being exploited? As the little girl said, “Why not both?”

But instead of viewing the Times’ Amazon story as a clear example of the way American capitalism inevitably makes everyone but the 1 percent less-free, these Vox pieces essentially tell white-collar workers to check their privilege. Instead of fostering a legitimate sense of solidarity between “Amazonians” in cubicles and “Amazonians” in warehouses — who both feel they’re being bled dry, and who both feel they have only two options: departure or submission — the Vox pieces encourage us instead to focus on what makes these two groups different.

Thing is, they’re not different — at least not in a sense that matters. They’re both being pushed to their limits by Amazon’s owners (its board of directors and its stockholders), and they’re both at such an overwhelming disadvantage that any individual effort at resistance would basically be suicidal. Now, it’s true that this universality has its limits, and that the many ways in which it’s better to pack spreadsheets than boxes for Amazon must ultimately be acknowledged. But warehouse workers need bargaining power, not sympathy.

And if their most powerful natural allies are too busy thinking of themselves as distinct to see why organizing would be good for them, too, then all the privilege-checking in the world won’t make a scintilla of difference.