Jimmy Carter says cancer has spread to brain, but he's "surprisingly at ease" 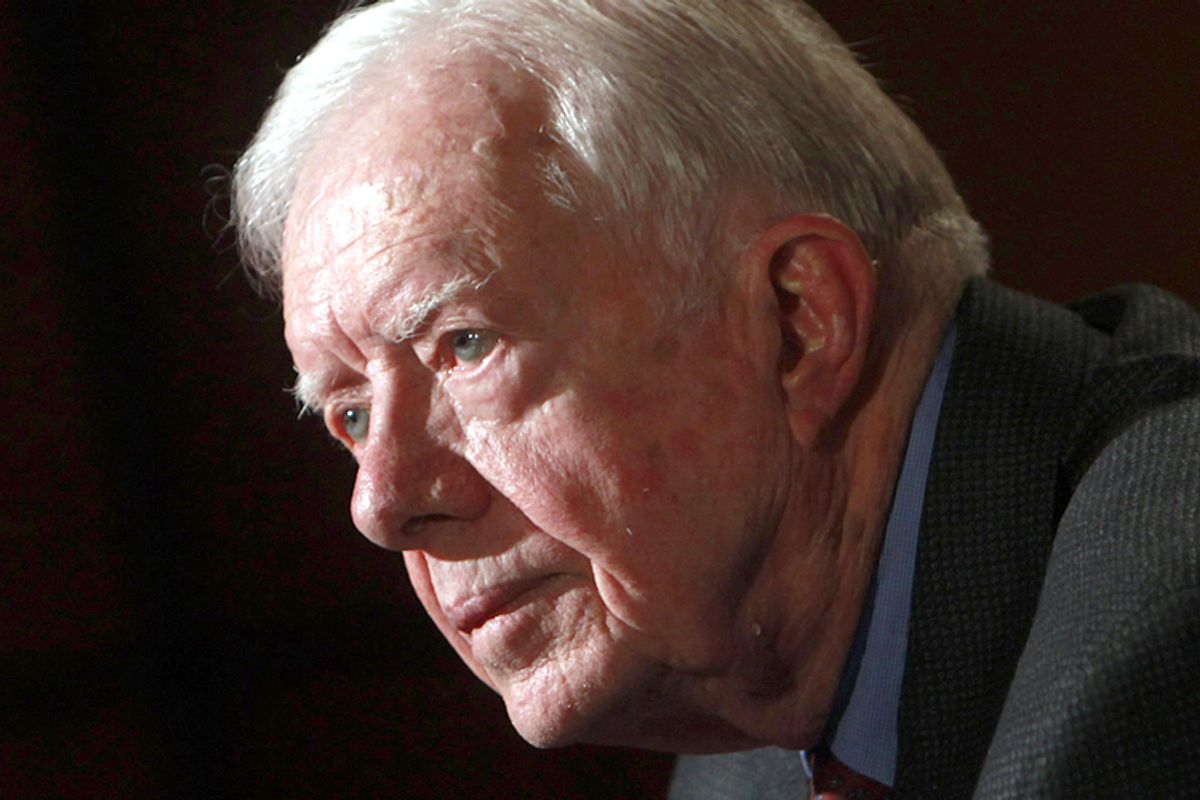 ATLANTA (AP) -- Former President Jimmy Carter announced Thursday that he will begin radiation treatment on cancer that is on multiple spots on his brain.

"I get my first radiation treatment for the melanoma in my brain this afternoon," Carter said during a news conference where he talked openly about his cancer and how he would cut back on his work with the Carter Center.

Carter, appearing in a dark blazer, red tie and jeans and surrounded by friends and family, said at first he thought the cancer was confined to his liver and that the operation he had earlier this month had completely removed it, "so I was quite relieved."

But that same afternoon, an MRI showed it was on his brain.

"I just thought I had a few weeks left, but I was surprisingly at ease. I've had a wonderful life," Carter, 90, said.