Being Blunt: The Benefits of a Dysfunctional Workplace 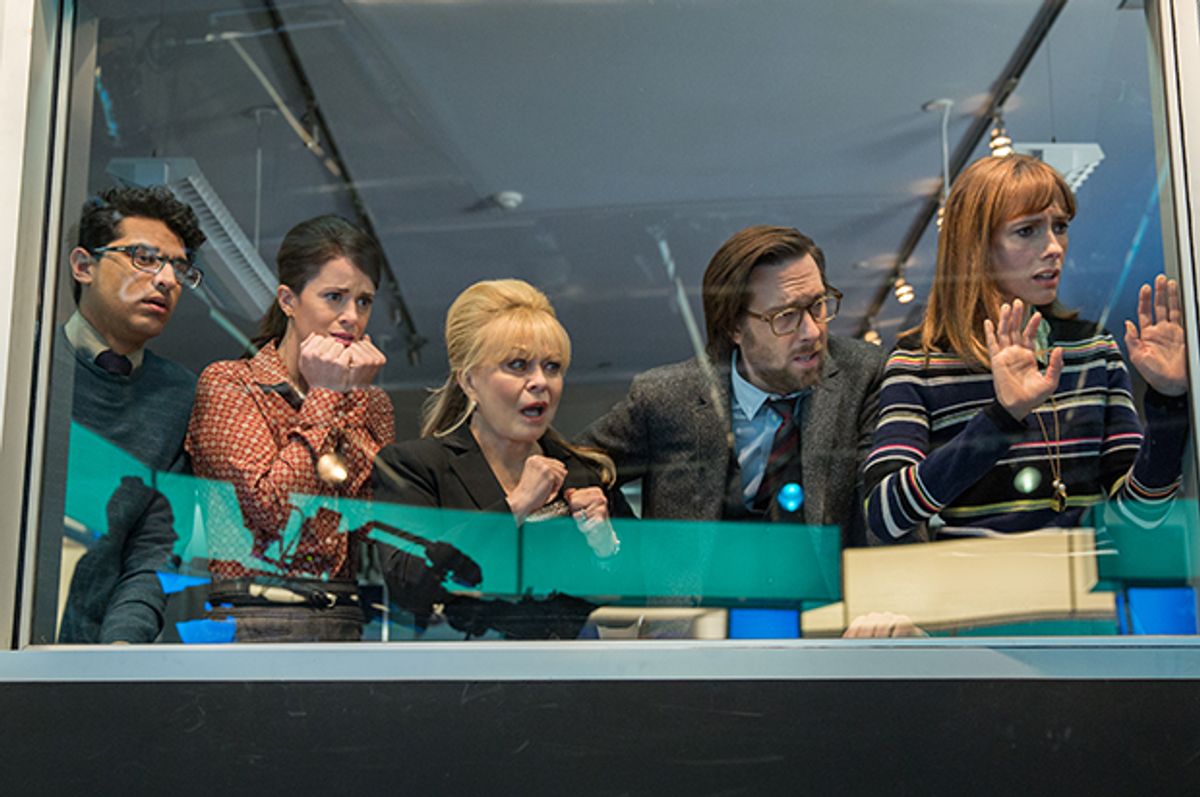 Nearly every office has its share of dysfunctional employees.

It is part of the corporate world and reflects society’s variety of personalities – not all of them ideal for working with other people. Organizations have always and will always have to accommodate the idea thief who takes other’s inspiration, the backstabber, chronic complainer, chauvinist, adulterer, addict, the list goes on.

“Dysfunctional workplaces are not only common, they’re universal,” says Robert Giacalone, the chair of business ethics at the University of Denver. “There isn’t a place to work in America that isn’t dysfunctional.”

Yet dysfunctional relationships can also have a strangely positive impact on work. Workers may rally around troubled colleagues. Even the sturm and drang of difficult interactions can spur creativity and higher productivity.

“While it’s not the norm, sometimes when the right group of dysfunctional people come together their personalities gel and it just works,” Giacalone says.

The new STARZ comedy “Blunt Talk” addresses, among other themes, off-kilter office dynamics. Patrick Stewart plays Walter Blunt, a successful but self-destructive British host of a cable news show. Blunt relies on a team of capable and highly tolerant producers, editors, a therapist and manservant to help him overcome bouts of excessive drinking, drug use and other excesses. In one episode, Executive Producer Rosalie Winter (played by Jacki Weaver)spoons Blunt on an air mattress in his office to calm him. Through it all, the team produces a news program that keeps fictional viewers returning.

To be sure, in many cases, dysfunction breeds an unproductive environment. However, sometimes the odd assortment of strong-willed, difficult even troubled individuals can function at a higher level than most would expect. Giacalone says that unique work relationships exist in nearly every skyscraper and office complex, and that it’s up to each organization to embrace their benefits. Here are four of the advantages:

1. A Boost of Confidence For The Quiet Employee
Dysfunctional environments can encourage shy employees to step forward. These are the type of productive individuals who may lack the confidence to speak out at meetings or when projects go awry. Or they may simply prefer working quietly in the background. A dysfunctional environment may embolden them to assume a larger, more vocal role in the group. In some instances, they may feel the need to counterweight boisterous or troubled colleagues. Their sense of duty to their organization trumps their sense of decorum. They recognize that their more active participation is critical to success.

“Personalities can shift in a dysfunctional environment,” Giacalone says, although he adds, “some for the good, some for the bad.”

2. Increased Creativity
The same character – or lack of – that spurs people to behave badly also is frequently the source of innovation. The history of music, letters and art is filled with troubled souls and bad boys (and girls) who made beautiful works. A random sampling includes the composers Richard Wagner and Ludwig van Beethoven, the writers J.D. Salinger and Hunter Thompson, and the painters Jackson Pollock and Caravaggio, a notorious brawler who according to legend murdered a man in a gambling dispute.

Assemble a group of zany people and you’re likely to wind up with hyper-creative brainstorming sessions – along with any fisticuffs.

Giacalone says that a corollary to this theme: Dysfunctional environments aren’t for everyone and may lead to turnover. But as some employees leave, new co-workers bearing fresh ideas arrive.

“New employees bring in a wave of new concepts,” Giacalone says. “Plus, new hires are usually upbeat and positive, which could improve the atmosphere and spark additional creativity.”

3. Discomfort Encourages Focus
People who are uneasy around big personalities may often wind up focusing more on what they can control: their jobs. Giacalone says that this may be to avoid dealing with difficult situations or there may be a practical reason, namely that they want to build their portfolio so they can find a more suitable environment elsewhere.

4. A More Relaxed Environment
In a dysfunctional office, the environment may be more freewheeling. There may be fewer rules, and the ones that exist may be less stringently enforced.

Some organizations may fear a breakdown in discipline but the upside is a relaxed atmosphere more conducive to innovation and productivity – provided, as Giacalone says, there is some balance and structure. That is, there have to be some rules.

“Dysfunction works on a spectrum,” Giacalone says. “Most people can deal with light dysfunction, but when you start getting into toxic environments where malicious rumors are spread or people are sabotaging projects, that’s a whole other ordeal.”

The new STARZ Original Series “Blunt Talk” created by Jonathan Ames and Executive Produced by Seth MacFarlane stars Patrick Stewart as a British import intent on conquering the world of American cable news. Don’t miss the premiere of the half-hour scripted comedy, Saturday, August 22 at 9P only on STARZ