Given the "failures" of the Obama election, Republicans can only lose in 2016 if "they out-extreme the far-left" 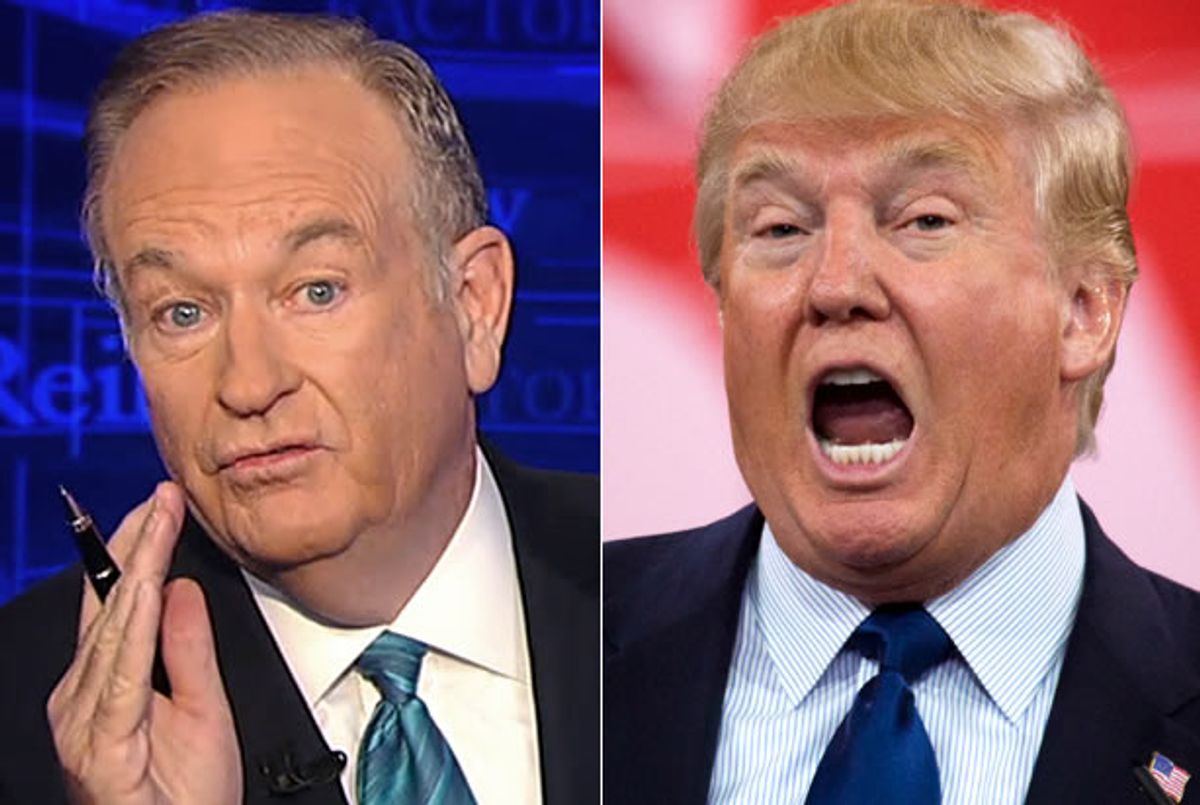 On "The O'Reilly Factor" Thursday night, host and new favorite Coulter punching bag Bill O'Reilly expounded on the difference between "Trumpians" and Democrats, and warned Republicans that the real estate mogul's brand of undisciplined extremism could hurt the party whose nomination he currently seeks.

After rattling off the predictable litany of Republican complaints about Obama's economic and foreign policies -- the suggestion being that Democratic party is weak on both fronts because of the president's reckless, ignorant actions -- O'Reilly claimed that "it should be easy for the Republicans to win the presidency in 2016, but that's not how it's shaking out."

"Donald Trump," he said, "has bludgeoned the GOP establishment by seizing on a number of emotional issues that conservatives are furious about. His brand of straight talk blows traditional politicians away, making them seem small and dull." While that might sound like the sort of thing O'Reilly would gladly cheerlead, he argued that it "may be good news for the Democrats."

The reason? Because "there's an over-the-top element to Trump's rhetoric and support." O'Reilly singled out Trump's claim that that the 14th Amendment doesn't apply to the children of illegal immigrants as being particularly without merit -- a position which put him at odds with guests and panelists on all of Fox News' other editorial programs.

"It also," he added, "gives the left ammunition," noting that an editorial in the New York Times "demonizes the Republican party for Trump's immigration plan." That, O'Reilly said, will allow the Democrats to "turn defeat into victory by portraying Trump and the entire Republican party as racist brutalizers."

The GOP, he concluded, will lose the very winnable 2016 election "if they out-extreme their far-left competition."