Donald Trump refuses to denounce supporter's attack on Hispanic man: "The people that are following me are very passionate" 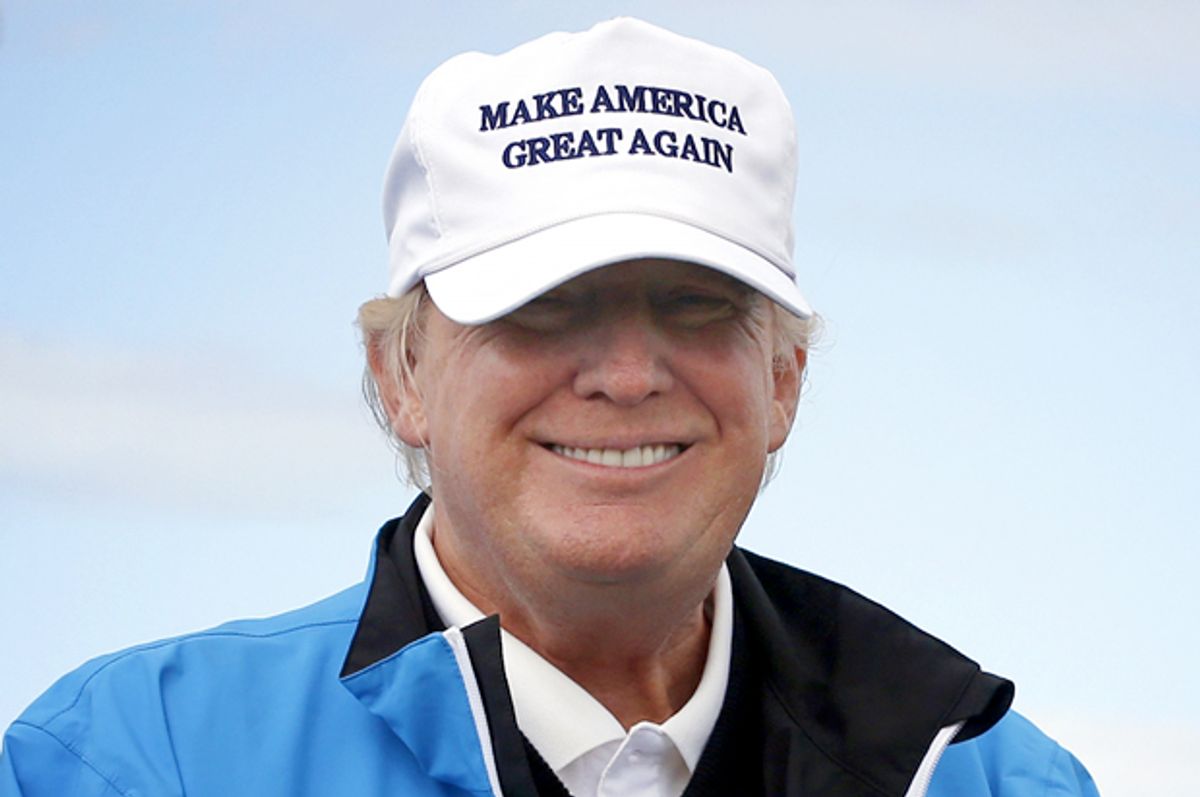 Two Boston men were charged this week with assault after attacking and urinating on a homeless Hispanic man as he slept and then telling police that “Donald Trump was right, all these illegals need to be deported.”

As The New York Times reports, the Republican frontrunner responded to news of the vicious attack by calling it "a shame" if true, but refusing to denounce the act, instead defending his supporters as “passionate.”

"I will say, the people that are following me are very passionate," Trump said. "They love this country, they want this country to be great again."

Trump's inflammatory crusade against undocumented immigrants shows no signs of taking a rhetorical break despite its apparent consequences. As Buzzfeed reports, Trump quadruple downed on his first offensive comments as an official Republican presidential candidate when he called Mexican immigrants, "rapists" and "criminals" and on his most recent declarations that "they have to go," during a radio interview yesterday.

Trump, who is fond of using the dismissive article "the" before a reference to a group (ie: "the blacks," "the women"), also found himself in the midst of another controversy for his use of the term "anchor baby" this week, defined by the dictionary as a slur.

"You mean it's not politically correct and yet everybody uses it?" Trump pushed-back when an ABC reporter asked him about his use of the phrase. Trump's use of the slur has also drawn rival Jeb Bush into the ring of criticism when he used and then refused to apology for his use of the offensive term.

Trump, who beats former Florida governor Bush in the latest poll of the state, is expected to hold his largest rally of the campaign so far in neighboring Alabama tonight at a 43,000-seat stadium: