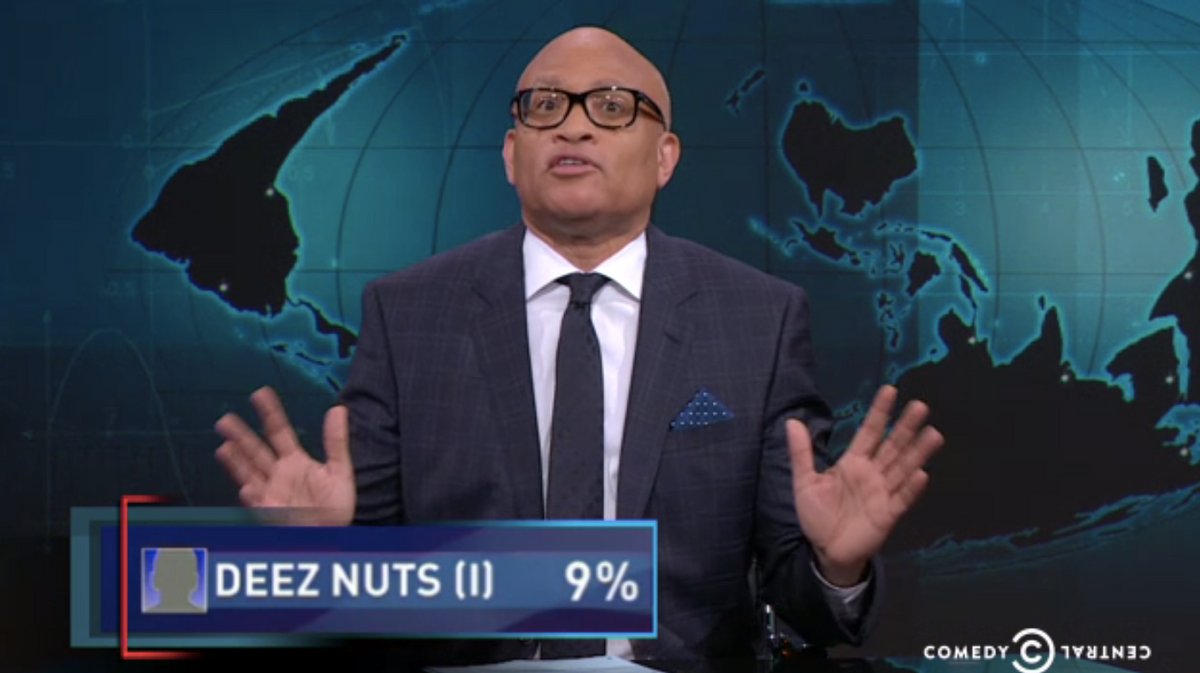 According to Public Policy Polling, Deez Nuts is/are currently polling at 9% among North Carolina voters. In Minnesota and Iowa, Deez Nuts is polling at 8 and 7 percent, respectively.

Wilmore couldn't help but make a jab at Lindsey Graham who, according to that same poll, has "literally no supporters."

"Good grief. Teenagers are heading overseas to join ISIS and you don't have a single supporter," Wilmore quipped.

The "Nightly Show" host decided to check in with the Deez Nuts campaign director at the HQ, as one does.

You can watch the "Deez Nuts" segment at the 3:20 mark in the the clip below: