The plot to destroy Shaun King: How Breitbart turned a ludicrous conspiracy theory into national news

The right's campaign to take down a Black Lives Matter leader is transparently bogus. So why did CNN take the bait? 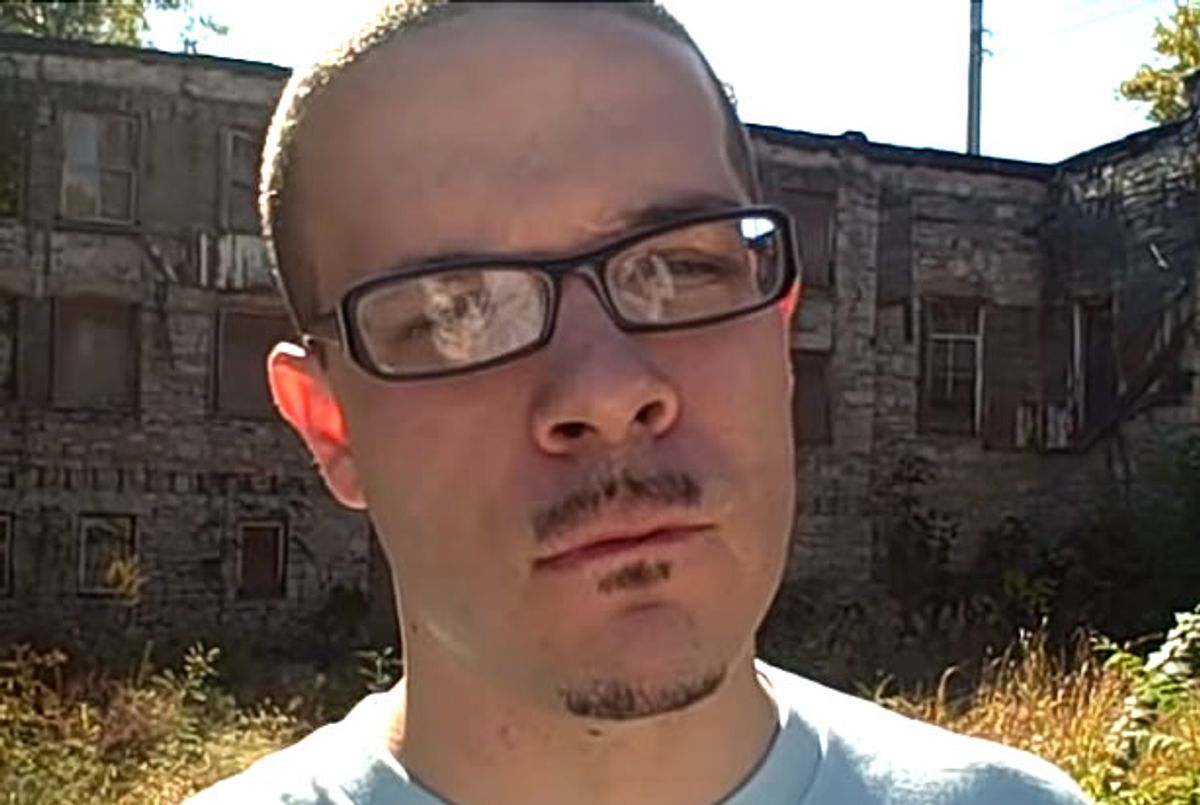 Shaun King, a columnist for Daily Kos, an active and widely-followed Twitter user and a prominent member of the Black Lives Matter movement, was forced yesterday to share some of his most painful family secrets with the world. This is thanks to a monumentally squalid series of articles by conservative site Breitbart that questioned whether or not King was actually a black man—an assertion that was thoroughly discredited by King. Normally, I'd advise you to avoid reading any further, but the King saga is a perfect symbol of some of the worst tendencies currently found in both the dankest corners of the conservative media and the shamelessly trigger-happy world of the mainstream media.

Breitbart's "scoop" about King came from Vicki Pate, a blogger who runs a truly startling website called "Re-NewsIt!" The site is the kind of typo-ridden bile factory that would normally be dismissed without a second glance. Its sole aim appears to be to "expose the truth" about the nefarious charlatans at the heart of the Black Lives Matter Movement, as well as to smear any black victims of crime.

Pate has had multiple Twitter accounts suspended. When she still had access to Twitter, she used the platform to do things like harass the mother of Kendrick Johnson, a black teenager whose dead body was found rolled up in a gym mat at his high school. For good measure, Pate also posted leaked autopsy photos of Johnson on her website and accused his father of "trying to win the race-hoax lottery."

Pate has also been obsessively trying to take Shaun King down for some time, and suddenly it seemed that she'd struck gold in the form of a birth certificate that listed both of King's parents as white.

Most outlets would probably stay away from such a clearly fetid swamp, but Breitbart happily dove in, highlighting her efforts on its much larger platform and driving the King story to the top of the news agenda. That's perhaps to be expected when Milo Yiannopoulos, the reporter who wrote the King story, is a man whose past gems include "16 Movements Less Ridiculous Than Black Lives Matter" and "Donald Trump Would Be the Real First Black President." Racial provocation, not rigor, is the goal here.

Let's be very clear about why Breitbart decided this was a worthy story to pursue. It's the same reason that Fox News was so reluctant to call Charleston shooter Dylann Roof a racist. Some people in America find the idea that there is such a thing as white supremacy--or that white people are in any way to blame for the racism in our society--so terrifying that they would rather concoct a huge racial conspiracy theory wherein ghoulish black activists run roughshod over a cowed white populace. To Breitbart, the Shaun Kings of the world are the ones with all the power, exploiting a weak and politically correct society for their own personal gain.

It is all self-evidently insane, of course, but white people have been deluding themselves about the racial state of play in America for centuries, so why stop now?

Some will jump to compare King's story to that of Rachel Dolezal, and ask what the difference is. Here's the difference: Dolezal only became a story because her own parents told reporters their daughter was faking her identity, because it became clear that Dolezal had completely altered her appearance over the years, because she'd sued Howard University for anti-white discrimination, and so on and so on and so on. It didn't come from a patently wacko racist blogger hell-bent on trying to destroy a civil rights movement, and there's been absolutely no evidence presented that Shaun King has ever changed the story he's told about his racial background, unlike Dolezal. The only conceivable reason to target him is because he's an easily identifiable figure in the Black Lives Matter movement, and Breitbart would like him to be rendered somehow illegitimate.

That explains why Breitbart was so eager to "expose" King. What defies all comprehension is why reputable news outlets ran with this sorry excuse of a story. CNN's Don Lemon--who always seems to be at the center of the network's most journalistically dubious decisions--breathlessly told his viewers that family members had sworn exclusively to him that King was white. (Never mind King's own statement that his family was a complex, tangled ball--making it entirely possible that some family members didn't know what the hell they were talking about when it came to his racial background.) The Daily News ran multiple stories with headlines like "Rachel Dolezal 2.0? Shaun King, activist for the Black Lives Matter movement, outed as a white man."

It's bad enough that sites like Breitbart are peddling this nonsense. But for CNN to use its still-considerable authority to drive such a clearly malicious smear campaign forward is something else entirely. CNN should have taken one look at both the Breitbart story and its source and known to stay away. That it chose not to do so is basic journalistic malpractice.

To the surprise of virtually nobody, Breitbart's crack reporting fell apart almost instantly—but not before King was compelled to disclose that his father is not the man listed on his birth certificate, but is in fact a black man who he has never met. Thus, faced with the near-total refutation of its wildest claims, Breitbart... declared victory.

Anybody looking for a scintilla of contrition for the way the site sliced open some of the deepest wounds in a man's life for no reason would be disappointed.

Truth be told, it would be too much to hope that Breitbart or its ilk would learn any lesson from this shabby affair. My real hope is that the rest of the media thinks twice before it validates such appalling behavior again. I'm not holding my breath.