The GOP has become the party of infantile rage

While Democrats, for all their problems, still mostly seem like adults, the GOP has completely lost the thread 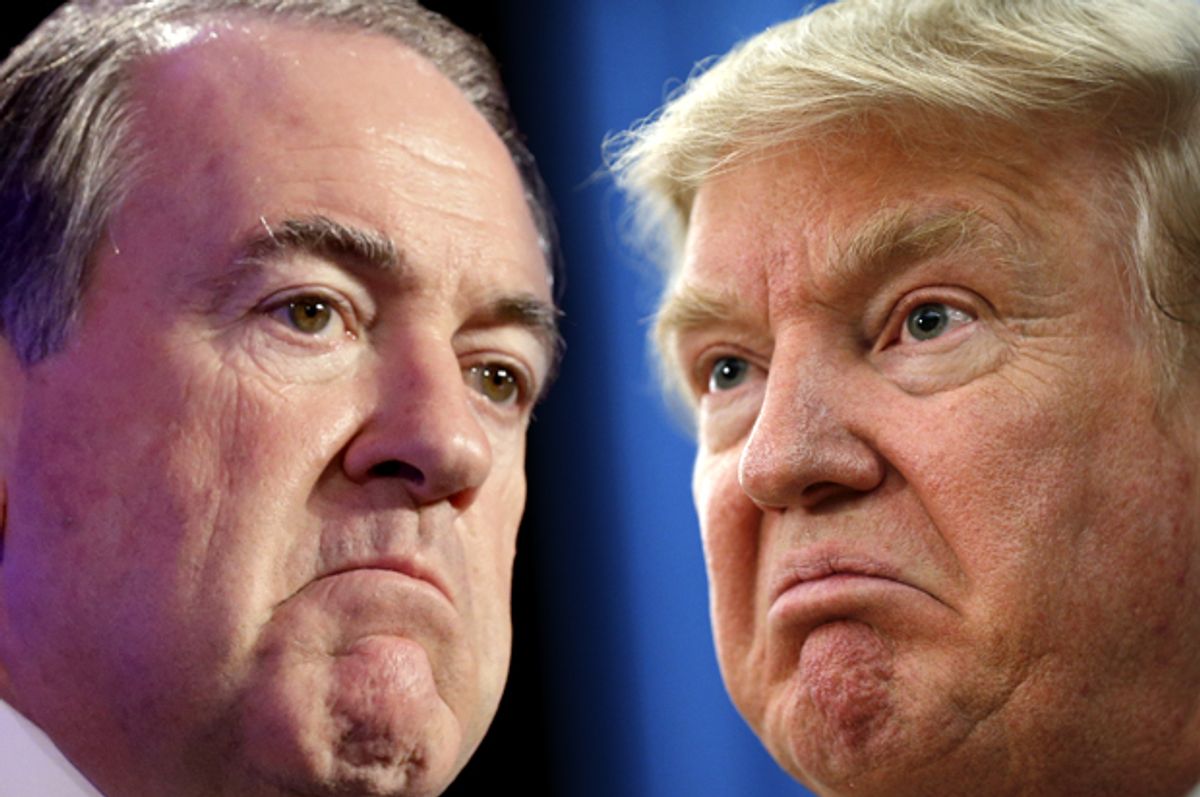 The Democratic Party is quite often infuriating. The activist left even more so. It'd be disingenuous to suggest that your side isn't flawed -- that it doesn't get caught in lies or is completely gaffe-free. It does, and it is not.

Likewise, sure, it's entirely possible that Hillary Clinton is fibbing about her private email account. She's certainly been dodging questions about the issue. But it's also just more of the same. It's another press-driven story that's resonating very little with anyone outside the beltway or beyond the reach of cranky Fox News viewers. It might turn into something awful, or it might just go away.

Elsewhere, the Obama administration has frustratingly stumbled over itself, mainly in the messaging and communications department. The plan to allow Shell to drill off the Alaskan shore in the Arctic ocean is a huge step in a potentially harrowing direction, given the potential for another BP-style catastrophe. Meanwhile, no, the Democrats haven't been entirely on-message in reaction to #BlackLivesMatter activists, sometimes even responding with the tone-deaf "All Lives Matter" slogan.

Yes, Obamacare, Dodd-Frank, the Iran deal and the Trans-Pacific Partnership (TPP) are all Democratic creations, and it's absolutely fair to debate and bicker about the merits of each. It's all fair game, and it all fits perfectly within the wheelhouse of normal political argle-bargle.

On the other hand, the Republican Party and the modern conservative movement are so utterly at the mercy of their most extreme elements -- on everything from Benghazi, to racism, to reproductive health, and now even the contents of key sections of the U.S. Constitution. Indeed, while the left can suffer its own unhinged moments, there's simply no comparison when it comes to what's happening on the far-right. Especially now. While Clinton and Sanders are talking about the middle class, the minimum wage, foreign policy and voting rights, here's a sampling of what the Republican presidential candidates are discussing:

• The Republicans are talking about eliminating the birthright citizenship clause of the 14th Amendment in order to deport the children of undocumented immigrations. (Children should only be protected before they're born, after all.) Incidentally, almost all of the top GOP candidates have joined Donald Trump in supporting this ludicrous and completely unattainable idea.

• Likewise, all of the GOP candidates are weighing in on the virtue of the phrase "anchor babies," which is, in fact, a racist term for the children of immigrants -- and, specifically, American citizens of Latino descent. It boggles the mind, not to mention common sense and enlightened self interest. Does the GOP ever want to win a presidential election again? (Incidentally take a quick glance at what Donald Trump said on Friday on the subject: "Oh, you want me to say that instead, OK? No, I'll use the word 'anchor baby.' Excuse me — I’ll use the word 'anchor baby.'" Far be it from me to nitpick the presumptive GOP nominee, but "anchor baby" is two words, not one.)

• Meanwhile, two not insignificant conservatives have stepped forward in the last week in support of enslaving deported workers. Fox News Channel's Jesse Watters floated the idea on "The Five," and suggested that illegal immigrants be forced to build the border wall. Meanwhile, talk-radio host Jan Mickelson proposed making illegal immigrants property of the state and forcing them into compulsory labor. Mickelson went on to ask, "What's wrong with slavery?"

• Ted Cruz, the son of immigrants, actually appeared on Mickelson's show on Friday in spite of the host's anti-immigrant screed just days earlier. The cause of greatest concern to the senator and presidential candidate? "The Atheist Taliban." Okay!

• Mike Huckabee recently came out in support of a law in Paraguay that forced an 11-year-old rape victim to birth her rapist's child. Elsewhere, Scott Walker said that he's opposed to abortion even when the life of the mother is threatened by the pregnancy. He said this during a nationally-televised debate.

• And the entire Republican field has wrapped their arms around a series of fraudulent sting videos alleging to show malfeasance on the part of Planned Parenthood, even though numerous fact-checks showed the videos were deceptively edited. Since the videos have been released, a handful of states have exonerated Planned Parenthood of any wrongdoing. But Bobby Jindal, for his part, opted to block Medicaid funds from going to the health clinics even though exactly none of the Planned Parenthood facilities in Louisiana offer abortion services.

So, the far-right is mainstreaming slavery; it's pushing for women and even young girls to die from complicated pregnancies or to birth the children of rapists; it's planning to strip the citizenship clause from an amendment that was ratified 150 years ago; it's embracing racist colloquialisms; and it's acting upon videos that are proven hoaxes. The Republican race for the presidency is all about who's better at blurting ridiculous non-sequiturs -- all of it following the lead of their reality-show frontrunner.

The Democrats, in spite of their faults, are the only grown-ups in the room. Yet shows like "Morning Joe" and "Meet the Press" continue to treat each side as if they're exhibiting similar behavior. There's simply no Democratic equivalent to the insanity that's being hurled around on the Republican side of the aisle these days. None. While the Democrats are focused on actual issues, and caught in a relatively innocuous scandal, the GOP is off on a series fringe crusades that bear little resemblance to the issues that most affect voters -- that is unless voters are desperate to bring back slavery.

Indeed, the Democrats have an opportunity here to show maturity and moderation in the face of an increasingly clownish, incoherent GOP. Honestly, it won't take much effort to do so.