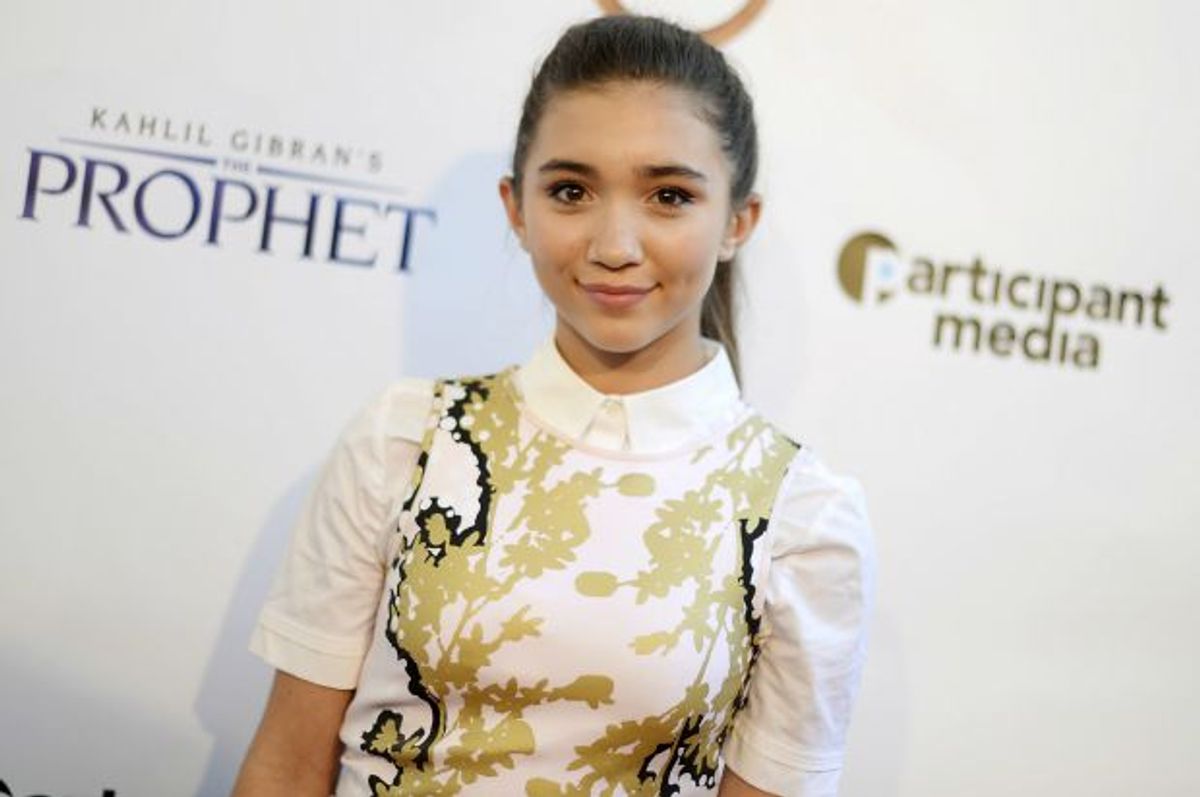 13-year-old "Girl Meets World” star Rowan Blanchard has already proven herself wise beyond her years, speaking about the #HeForShe campaign at UN Women’s annual conference about gender inequality in June.

After name-checking law professor Kimberlé Crenshaw and 16-year-old "Hunger Games” actress Amandla Stenberg, who made waves earlier this year with a video on cultural appropriation, Blanchard concludes: “To only acknowledge feminism from a one sided view when the literal DEFINITION is the equality of the sexes is not feminism at all,” Blanchard continued. “We need to be talking about this more. Discussion leads to change.”

UN Women Ambassador Emma Watson tweeted her support for Blanchard’s essay yesterday, writing ,"This is called 'hitting the nail on the head’. Read the full essay on Blanchard’s Instagram, or embedded in the tweet below: