The case for veggie burgers 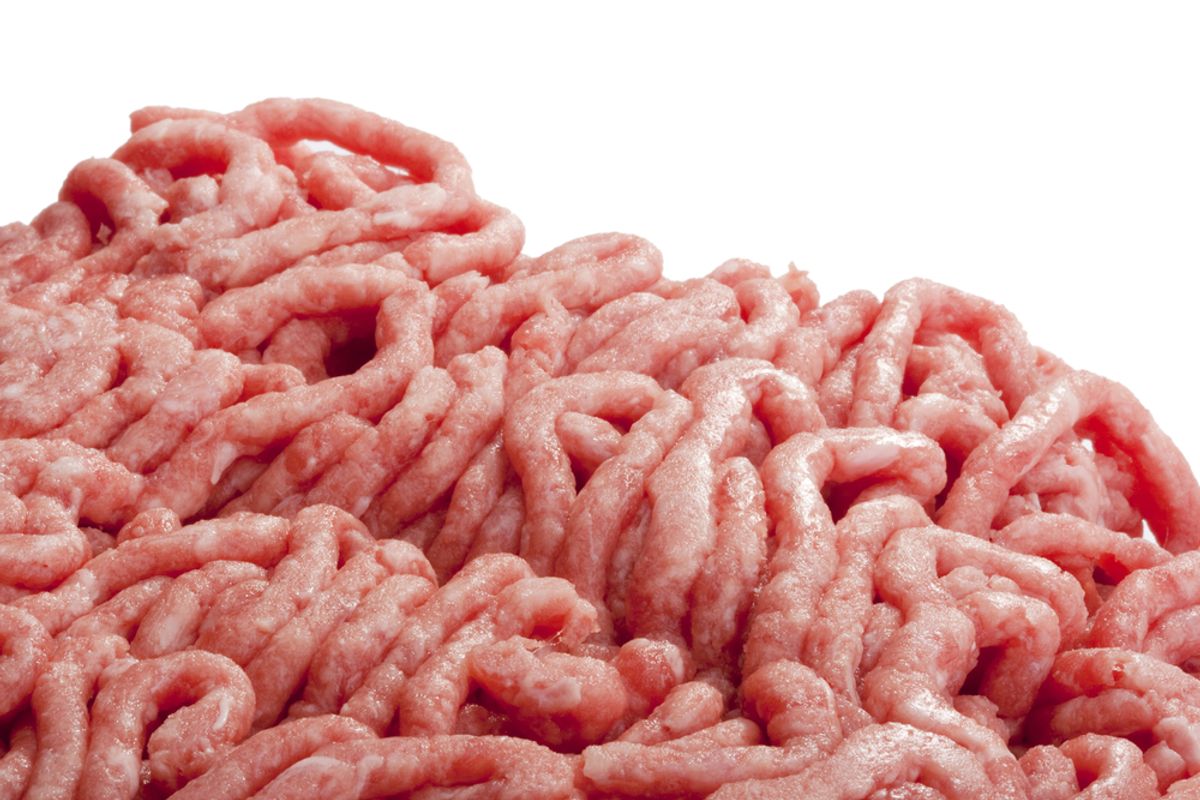 If that raw hamburger meat you bought to cook for dinner hasn't given you a stomach ache yet, this might: according to a Consumer Reports investigation, store-bought ground beef is teeming with dangerous bacteria, including "superbugs" resistant to three or more classes of antibiotics, as well as a whole lot of poop.

That's a big problem, the report warns, because of Americans' penchant for under-cooked meat. But the study, which analyzed 300 packages of meat purchased from grocery, big-box, and natural food stores across 26 U.S. cities, found some important differences dependent on how the beef was raised: either conventionally -- in grain and soy feedlots where food is supplemented with antibiotics and other growth-promoting drugs -- or what the report terms "sustainably": meaning, in this case, that no antibiotics were used, and which also could include organic or grass-fed cattle.

According to the researchers, conventionally raised samples turned out to have more bacteria, in general. And 18 percent contained at least one strain of bacteria resistant to the drugs most commonly used in human medicine, compared to just 9 percent of more sustainably raised samples, and 6 percent of grass-fed. The use of low-level antibiotics on feedlots -- including some that are important to human medicine -- may be responsible for the discrepancy. Consumer Reports suggests that overall higher amount of bacteria in conventional beef, meanwhile, may be a function of the conditions in which the animals are raised, in cramped, feces-ridden, stress-producing spaces; fed, with diets can include "candy, chicken coop waste and the slaughterhouse remains of pigs and chickens; and slaughtered, in a rapid manner that can increase the odds of contamination occurring.

It's all reason, per Consumer Reports, to look at labels, and strive to purchase sustainably raised beef "whenever possible."

Doing so won't ensure a safe meal, however. Because while a higher proportion of conventional beef tested positive for superbugs, each and every sample tested by Consumer Reports was found to contain either enterococcus and/or nontoxin-producing E. coli, which signify fecal contamination. And 10 percent of all samples contained a strain of S. aureus that can make you sick even if you fully cook your meat. Anyone else craving a veggie burger?