Morrissey's writing a novel: Will "List of the Lost" be a morose delight or a shrill garbage fire?

So hard to predict! 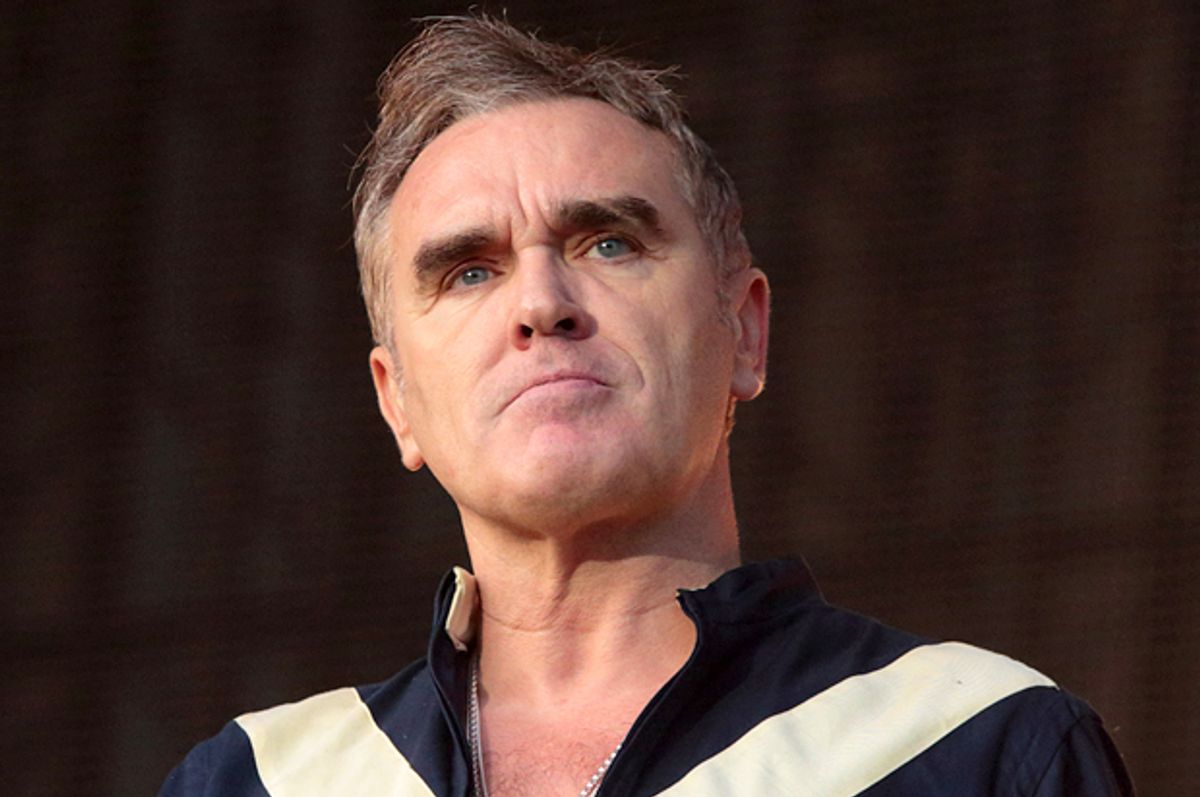 Should I be excited or frightened by the announcement that Morrissey will release a novel this fall? No true-blue disciple of the former Smiths singer can respond with anything but spectacularly mixed feelings, and not just because Mozz has managed to blend genius and unpleasantness better than just about any musician of the last 50 years. But my guess is this could be one of the most fascinating novels in memory, an utter trainwreck, or – most likely – a mix of the lyrical and cringe-inducing of the kind we’ve rarely seen.

Morrissey’s fan site, True to You, announced the novel in a way as baffling as many of Mozz’s public statements:

Morrissey's first novel, "List of the Lost," will be published by Penguin Books (UK) at the end of September. The book will be issued in softcover/paperback as a New Fiction title, and comes almost two years after Morrissey's very successful Autobiography publication of October 2013.

Penguin Books will confirm an on sale date within this coming week. List of the Lost will be available in the UK, Ireland, Australia, India, New Zealand and South Africa.

Okay, that doesn’t reveal a hell of a lot, but I'll try to deduce what we can from Mozz’s track record. Here’s why I'm optimistic.

First, Morrissey is – when he’s on -- one of the wittiest writers of lyric ever. From “Heaven Knows I’m Miserable Now”: “What she asked of me at the end of the day/ Caligula would have blushed/ ‘You've been the house too long’ she said/ and I naturally fled.”

Or the entire song called “Ask” (the B-side that begins “Call me morbid, call me pale/ I've spent six years on your trail.”)

Or solo songs like “Every Day is Like Sunday” (the line about “the coastal town they forgot to close down” could come from a poem of Philip Larkin) or “First of the Gang to Die,” with its description of a sweet and tender hooligan.

His memoir was mostly really strong. His ability to capture alienation, as well as dreary/ brutal Northern English atmosphere works, in parts of "Autobiography," works as well as it does in his songs. (He describes Manchester, with which he has a longstanding love-hate relationship, as a "barbaric place where only savages can survive.”) Ditto with his talents as a put-down artist (a headmaster is described as possessing “a rambling stew of hate.”)

But there are a few things that have me worried.

Most obviously, every novel – even a first-person one – has to include characters outside its narrator, and here’s where Mozz, whether in songs or prose, is not quite as successful. Even his best songs are mostly chronicles of a sensitive loner – other characters tend to be tormentors ("The Headmaster Ritual") or jokes (“Girlfriend in a Coma”). It’s hard to think of anyone in the autobiography who’s fully drawn, though we get some sense of his bandmate Johnny Marr. (A school teacher is predicted to “die smelling of attics” – great, evocative line, but we’re not sure we get much sense of the woman from that.)

The other problem is that Mozz has gotten even more ranty, didactic, and score-settling as he’s gotten older. How long did that stuff in the autobiography about the 1996 court case (over royalties to his bandmates) last? I've lost track. Musically, the trend is not reassuring: His latest album, “World Peace is None of Your Business," from its confrontational title on down, makes his early work seem warm-hearted and even-handed.

And can we expect the novel to offer a really long tirade against eating meat? This is the guy who chose not to book a show at a venue because it served burgers. (“I love Iceland and I have waited a long time to return,” he said at the time, “but I shall leave the Harpa Concert Hall to their cannibalistic flesh-eating bloodlust.”) Even a vegetarian must admit that in a novel, a little of that could go a long way.

Can this novel spend all its time inside its sexually confused teenage protagonist’s head, bathed in twilight and shimmering rain, peppered with sharply drawn insults? Probably so. And given Mozz’s body of work, I still can’t tell if it will end up the most stirring or the most embarrassing thing we read this year.